We tracked down the people who are getting these text messages, and spoke with Jason Putorti, Executive Director with Resistbot. 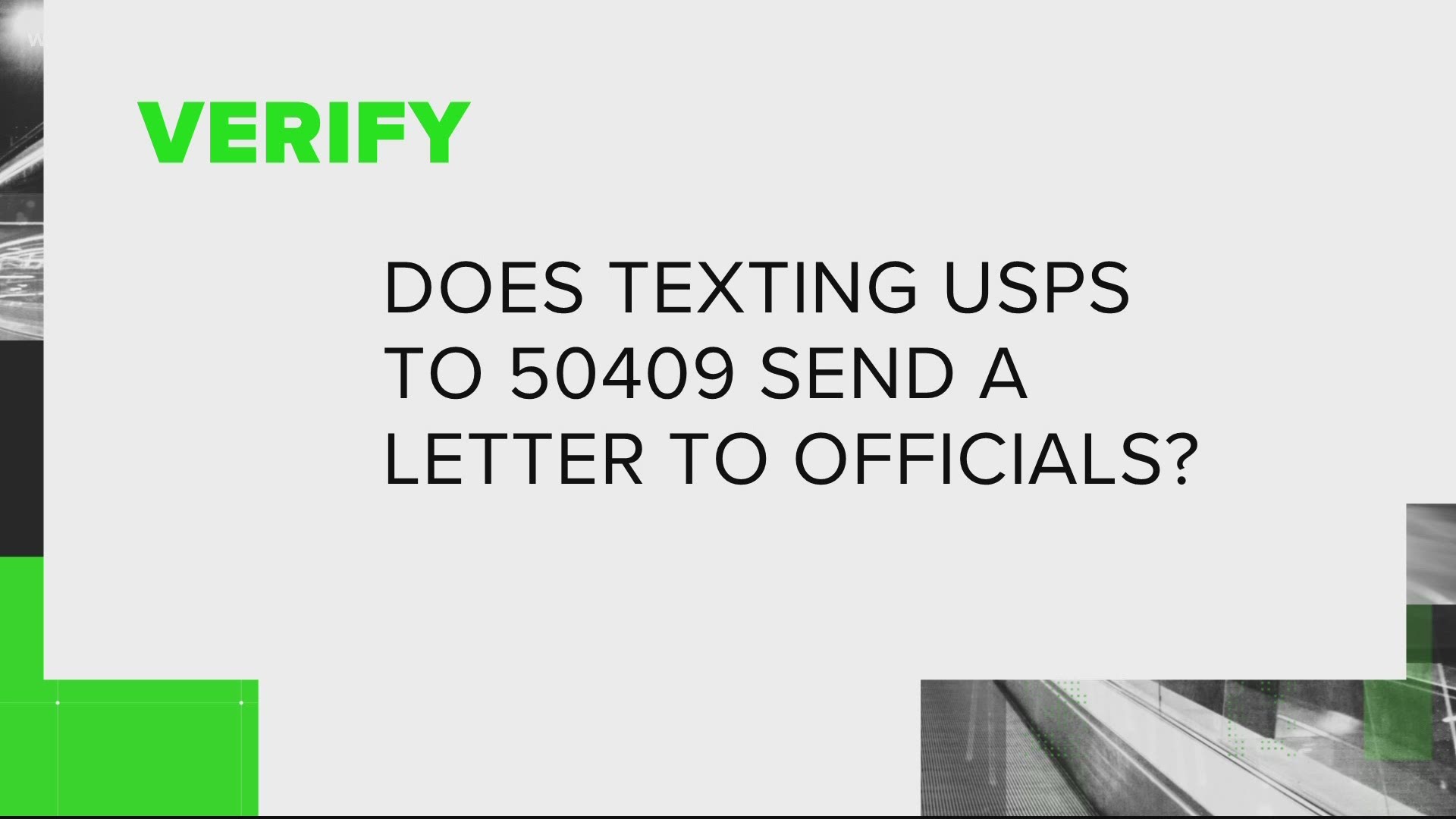 Does texting “USPS” to 50409, a company called Resistbot receives your message and forwards it to your local legislators?

People on Twitter and Facebook are telling Americans to text “USPS” to "50409" to send letters to your local legislators.

So, we’re Verifying, does texting USPS to 50409 send a letter to officials?

Jason Putorti, Executive Director of Resistbot said, "You know very well that Congress is pretty limited on the number of actual phone calls it can handle at any given time so we created a texting system where one could just shoot a text message to us and then we turn around and actually deliver it as fax to the Senate and House offices."

He added, “This really is a service for civic engagement.”

Putorti says this petition for the Post Office was actually created back in April by a user from Tennessee.

He says when people text ‘USPS’ to the number, Resistbot will ask for the person’s name and address and then attaches that person’s name to the letter, and sends out three copies: two to their U.S. Senators and one to their local U.S. Representative.

Putorti says so far, they’ve sent out more than 4.6 million letters for the Post Office.

RELATED: VERIFY: Yes, USPS puts locks on collection boxes, but no evidence they're meant to interfere with the election

Putorti says it’s all sent through an electronic messaging system, and the messages are free, unless rates apply through your phone plan.

So, we can Verify this to be true.

When you send “USPS” to 50409, a company called Resistbot receives your message and forwards it to your local legislators.