VERIFY: Here are all the confirmed voting problems in Virginia

Virginia Department of Elections confirmed that six precincts in Stafford were given the wrong ballots, and that they're investigating what happened. 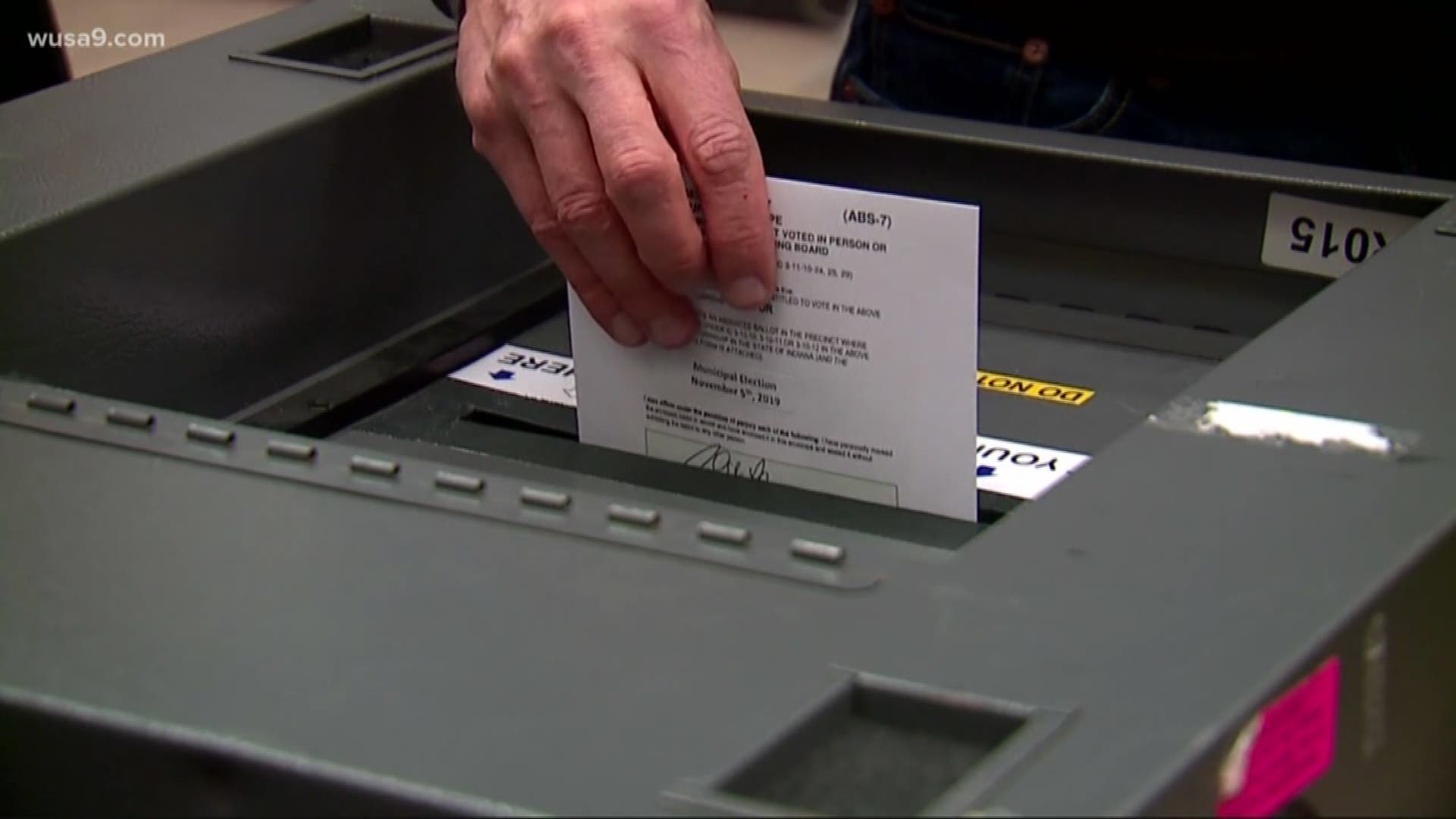 Election officials in Virginia were hoping that the day would go on without a hitch.

"Errors can and do occur, and we would prefer they didn't," Virginia's Department of Elections Commissioner Chris Piper said.

But within two hours of the polls being open, several people voting in Stafford and Richmond were reporting problems.

Our researchers spoke with some of those hearing about the voting problems like Benjamin Litchfield, Chairman of the Stafford Democratic Committee and Caitlan Bennet, campaign manager for Julia Dillon, running for Stafford Commonwealth Attorney.

Litchfield said he learned from one the elector board members that the issue was caused by a snafu with the computers.

Virginia Department of Elections confirmed to WUSA9 that six precincts in Stafford were given the wrong ballots, and that they're investigating what happened with the poll books, the software that keeps track of all registered voters.

"In Stafford County there was an issue with a poll book in six precincts and the result was some voters in the early morning hours received the wrong ballot," Piper said. "The issue was quickly diagnosed a remedy was deployed to those precincts and all the poll books have been updated and fixed since then and we see normal operations at all of those precincts at this point."

The 88th, 2nd, 28th House districts were implicated in the snafu.

Litchfield told our Verify researchers that he believed the six precincts impacted are Griffis, Whitson, Barrett, Hartwood, Simpson and Drew.

"We're still investigating the whole issue, but the wrong house district was associated to the voters' name," Piper said. "We're going to do a full analysis on exactly how this occurred."

Piper said that the information in their registration database is correct. That info was given to the polling places, where the issue occurred.

Voters who cast their ballots during that 30-minute glitch, won't get a chance to re-vote, Virginia Department of Elections confirmed.

"One a ballot is cast, it's cast," Piper said. "It goes into the machine and it can't be reclaimed. Those voters cannot cast an additional ballot."

Those votes will now count in the wrong election.

The same thing happened in the city of Fredericksburg back in 2017. Three precincts were split, with voters at the same polling place voting in different House of Delegates' races.

A second incident happened at a polling station in Richmond, soon after opening. The First Presbyterian Church ran out of ballots. The number of ballots necessary were switched with another district.

"It’s a single precinct and within that there are two districts, one district is uncontested ... So there weren't as many voters for that district," Piper said. "There was only a certain number of ballots ordered for that district. In the other district they had a greater number of voters, so they ordered more ballots for that particular district. The problem was that those numbers got flipped, and so the larger district only had 150 ballots where the smaller district had 1,500 ballots."

The larger district received an extra 1,200 ballots 10 to 15 minutes after the issue was reported around 8 a.m. Piper encourages anyone who left during that time to return before polls close at 7 p.m.

Prince William County Office of Elections confirmed a third voting issue: residents were turned away from voting at Rippon Middle School in Woodbridge, Virginia. The election board confirmed that the same thing was printed on both sides of the ballot.

This story is developing, we will update this story as more information becomes available.

RELATED: Here's everything you need to know about voting in Virginia's elections