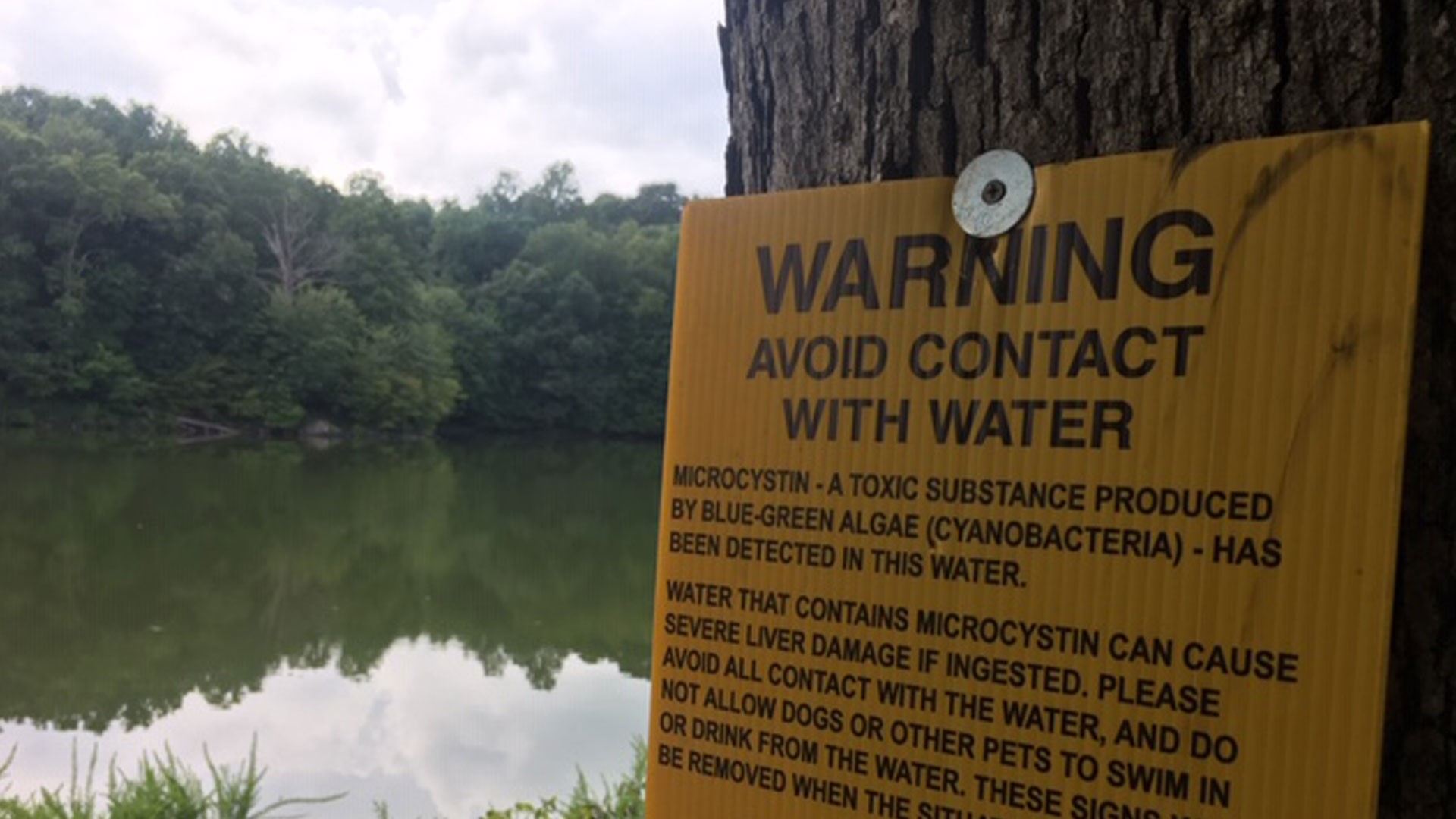 ANNAPOLIS, Md. — Popular recreational areas are among the areas where toxic blue green algae has been documented in recent weeks, according to advisories in both Virginia and Maryland.

The bodies of water affected include:

The advisory on Lake Frank and Lake Needwood were posted Aug. 12 by Montgomery County Parks.

"Testing in both lakes has found elevated levels of microcystin, a toxic substance produced by some species of blue-green algae (cyanobacteria)," the advisory said. "Of particular concern are dogs that are off-leash and may swim and/or drink from the lake, despite park regulations."

Two branches of Lake Anna are currently under swimming advisories after detectable levels of the toxic blue-green algae known as cyanobacteria were documented on July 30, according to to interactive maps from the Virginia Department of Health.

Credit: WUSA
A warning sign for the toxic blue-green algae known as cyanobacteria at Lake Needwood on Aug. 13, 2019. Algal Bloom Surveillance Map
You may expand the map to make it larger using the four corner symbol in the upper right hand corner of the map header bar. Once you expand the map, you may click on recent monitoring points, and click the magnifying glass in the search bar to search for landmarks and addresses to see if there are harmful algae blooms nearby.
Virginia

RELATED: Blue-green algae: What it is and how to spot it

"The public is advised to avoid contact with the lake in these areas until algae concentrations return to acceptable levels," said an advisory issued by the Virginia Department of Health issued on Aug. 7.

"Some harmful algae, called cyanobacteria, can cause skin rash and gastrointestinal illnesses, such as upset stomach, nausea, vomiting and diarrhea," the statement said.

More follow up testing is expected to occur by mid-August.

Outbreaks of the toxic blue green algae have been linked to the deaths of dogs in other states.

In Maryland, the toxic blue green algae has been documented at the Lake Waterford Park in Pasadena. A water contact advisory was issued by the Anne Arundel County Health Department on July 3.

Active blooms of blue green algae have also been documented in the past 30 days in at least three other Maryland locations, according to the state's interactive mapping system:

Below is a map from WUSA9 of the local reported algae bloom warnings.

Eyes on the Bay