Blue-green algae: What it is and how to spot it 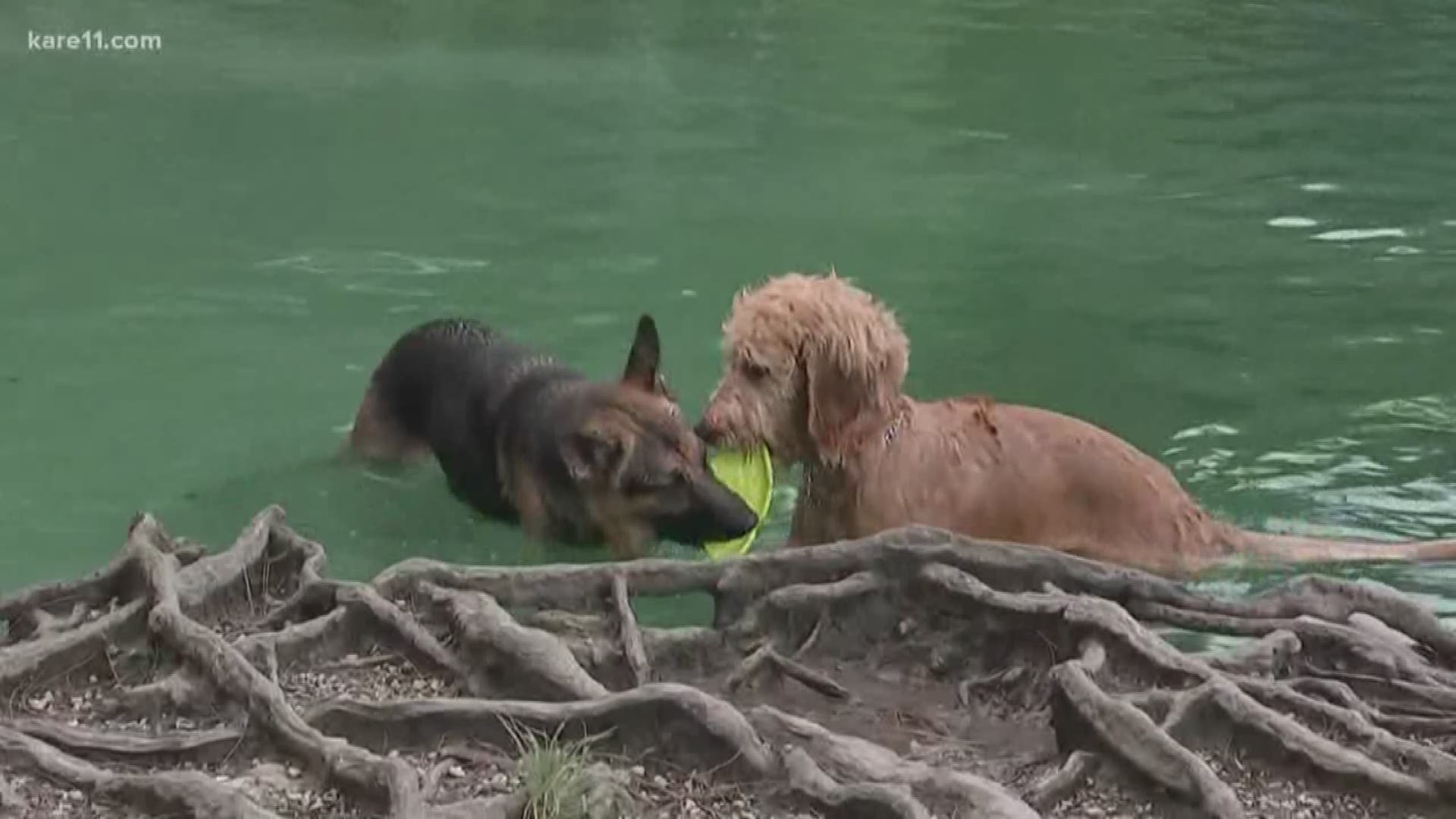 WASHINGTON — The same type of blue-green algae that is connected to the death of four dogs -- three in North Carolina and one in Georgia -- has been found this summer in Maryland.

A couple in Georgia shared the heartbreaking story of their dog Arya’s death over the weekend, a lazy Saturday at the lake turned tragic within a matter of hours. Meanwhile, on Friday three dogs all belonging to the same owner died in North Carolina after swimming in a pond.

The link between the two appears to be a blue-green algae that’s highly toxic to dogs -- it can kill a pup as fast as 15 minutes after getting into their systems.

"We took our sweet Arya to the lake and had the best day playing ball and swimming around! About 30 minutes later on the drive home, we noticed her making weird noises ..." Morgan Fleming wrote on Facebook.

The border collie died shortly after she began vomiting in the car.

What is blue-green algae?

Here are some important things to know about blue-green algae:

In Maryland, Anne Arundel County officials on July 3 warned of a harmful blue-green algae bloom in Lake Waterford in Pasadena. At the time, the county’s health department urged residents to avoid direct water contact and keep pets away from the affected body of water, Baltimore's CBS station reported.

Check here to see where there is harmful in Chesapeake and Coastal Bays Maryland and Virginia.

Who do I contact to report a harmful algal bloom?

Officials said to report harmful algal blooms call the Department of Natural Resources, Tidewater Ecosystem Assessment Division at 410-260-8630 during normal business hours. If there are fish kills, fish health, or human health concerns associated with the observed algal bloom, call the Chesapeake Bay Safety and Environmental Hotline at 877-224-7229 at any time.

What effects do blue-green algae blooms have on humans?

Most species are not toxic, but some blue-green algae can produce neurotoxins (nerve) toxins or hepatotoxins (liver) during blooms that may be harmful to humans, according to Virginia Department of Health's website.

People maybe exposed to these toxins in three ways: swallowing water, direct skin contact, and breathing aerosolized bacterial toxins that are in the air. Officials warn: When in doubt, stay out!

Beware of algae blooms: Here's what it looks like.

Mammals and birds can get sick and die from drinking water with a blue-green bacterial bloom. Decaying bacterial blooms will deplete the dissolved oxygen in the water and fish may die as a result. Dense bacterial blooms floating on the surface will also block out sunlight that is needed for other organisms to survive. Some bacterial bloom toxins are directly harmful to fish and can cause fish kills.

See a harmful algal bloom in Virginia? Report it here.