A job fair for substitute teachers and other positions at Montgomery County Schools was jammed with furloughed feds who are desperate for income to pay their bills. 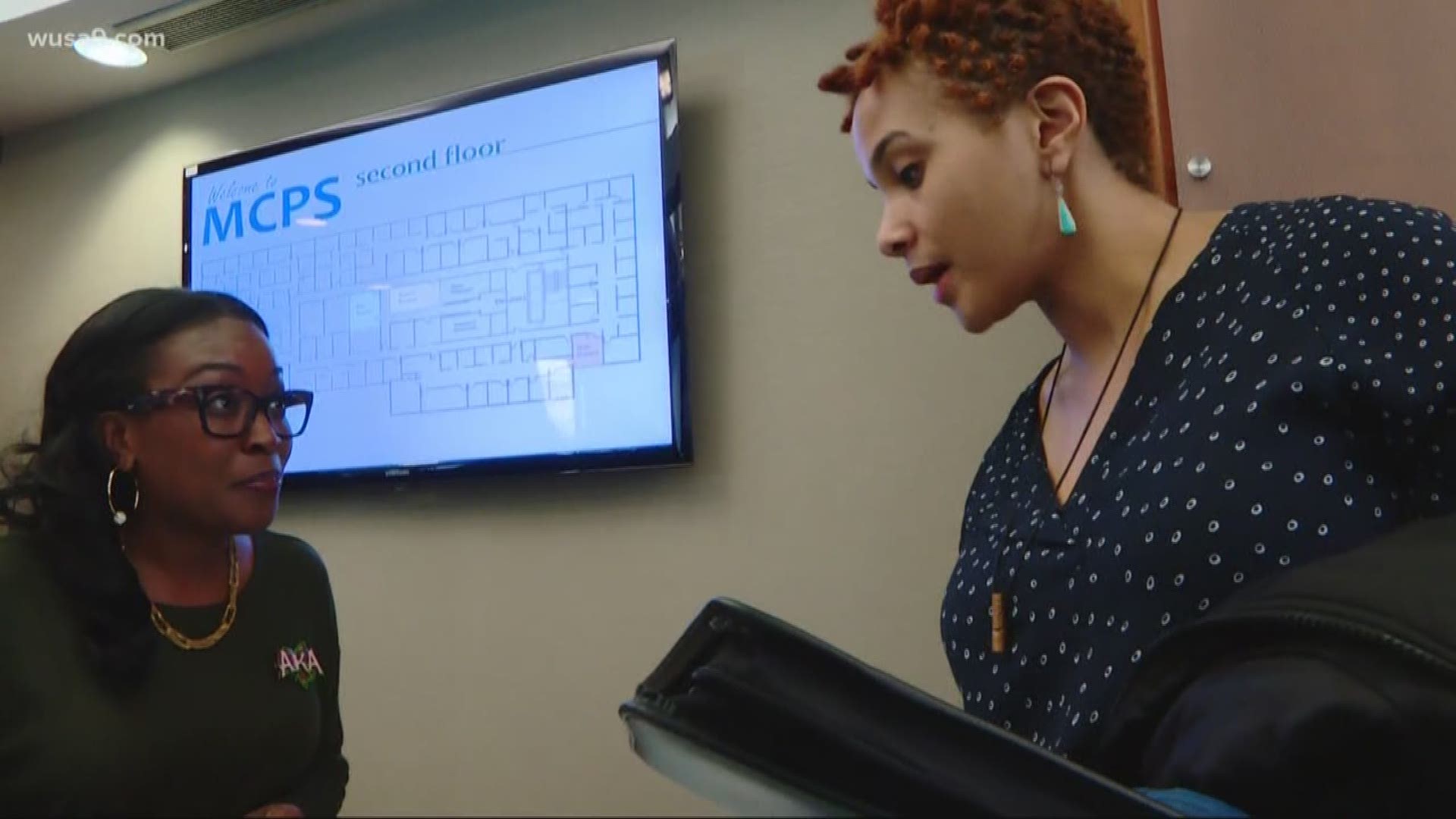 Some were almost in tears as they described the struggle to pay their bills and to hide their distress from their children.

"This is Amanda Lewis. This is Benjamin Lewis. She's three and he's five," said Evelyn Lewis, holding up a picture of her two children on her phone.

The furloughed statistician and the Census Bureau said money is now so short, she's unsure how to keep the bad news from her children.

"Her birthday is in two weeks, and we want to make sure she has a cake there."

Lewis said she cannot survive for a month without a paycheck.

"Not too much longer. Between here, I have a job interview at Target later today."

The school district has scores of positions open. Substitute teacher, teacher, school bus driver, maintenance, clerical. All positions these folks can apply for.

"Now I'm starting to think about all those things I have to worry about," said Bill O'Donnell, a veteran and a budget analyst at the Department of Homeland Security.

His children are getting ready for college, and he's not sure he can even pay his mortgage next month.

How does he explain to his son that he can't go to college he wants because he can't make the deposit?

Morris Williams works in IT at DC Superior Court. As a contractor, he's unlikely to get back pay if and when the government restarts.

Montgomery County Schools are holding another job fair. It be on Friday a 850 Hungerford Drive in Rockville from 9 a.m. to 3 p.m.