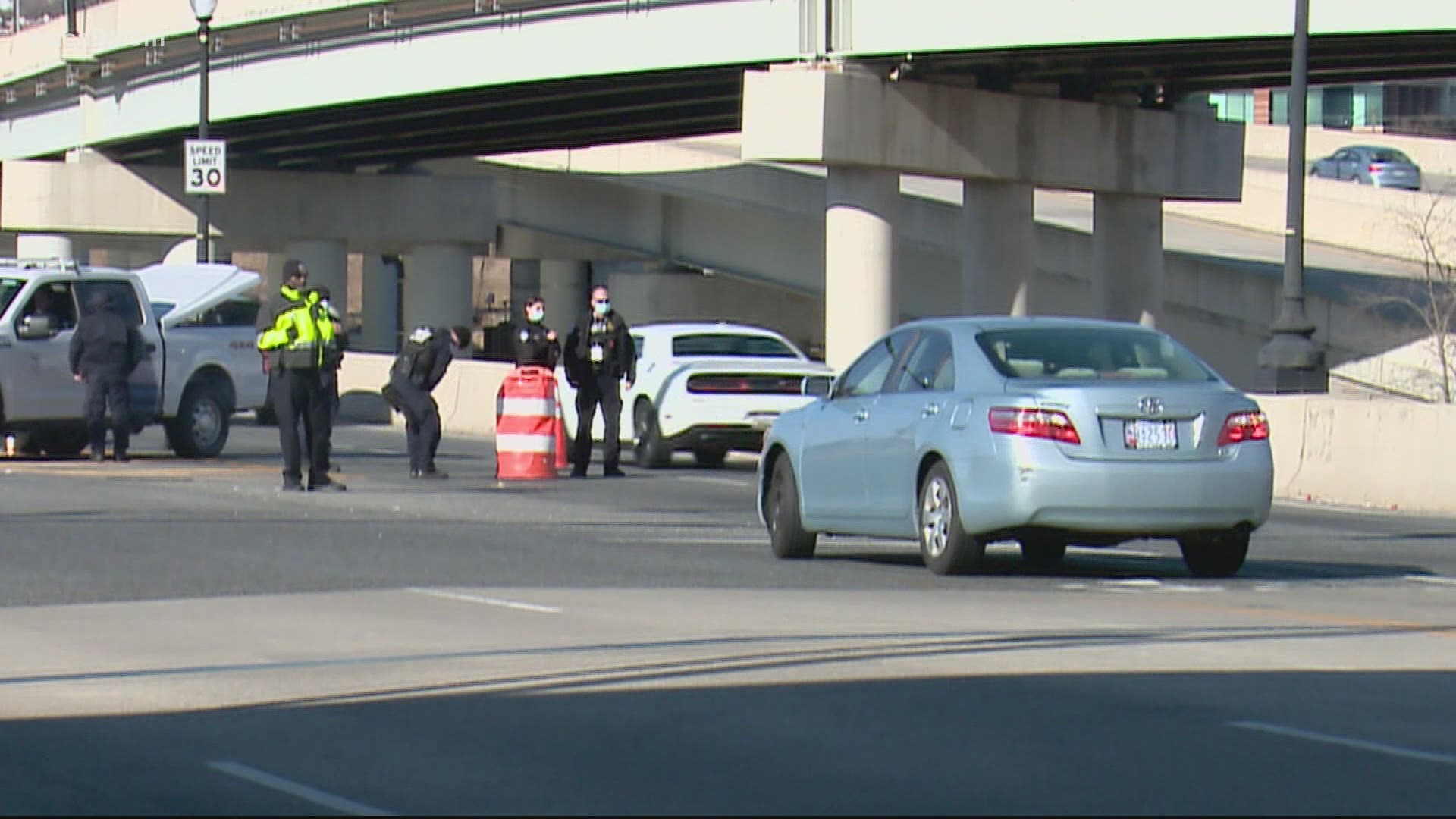 WASHINGTON — In a change of course, the Secret Service reopened a handful of bridges to local traffic only following concerns from residents and community leaders in Wards 7 and 8.

For the nearly 150,000 D.C. residents east of the Anacostia River, there are three grocery stores and no trauma center available. That’s why certain bridges like the 11th Street bridge connecting downtown Anacostia to Navy Yard, are lifelines.

“The fact that they have allowed us to have this access, I think, is a good thing,” Troy Prestwood, the president of the Ward 8 Democrats, said. "I think it should have been more transparent from the beginning.”

Prestwood was one of the leading voices calling for a rollback of security measures to allow Ward 7 and 8 residents easier access to amenities on the other side of the river.

“One side of the bridge, I think they just opened like their 10th, 11th, 12th grocery store over there in Ward Six,” Prestwood said. "In Ward Eight, we just have one!”

Contrary to resident concerns, ambulances always had access to bridges and their direct routes to trauma centers, which are about a 30-minute drive away.  A spokesperson with DC Fire & EMS said they have deployed more crews “ensuring that we have quick access to those that call us for help.”

The bridges are now guarded by DC Police and U.S Customs and Border Protection. Police are closely monitoring traffic, stopping and rerouting all commercial vehicles.

“What I hope is that this conversation will continue about the lack of services, because long after this inauguration, that will still be the case," Prestwood said.

The other bridges open to local traffic are South Capitol Street/Frederick Douglass Bridge and Key Bridge. According to the Secret Service, the new traffic pattern remains in effect until Thursday at 6 a.m.