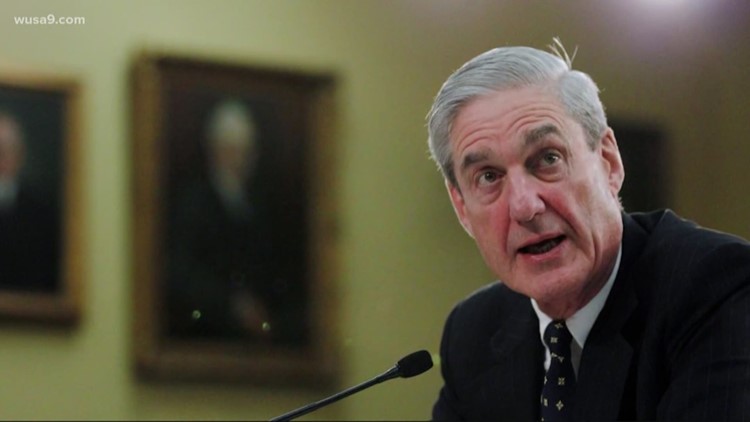 Whose name appears most in the Mueller Report?

We parsed all 448 pages of the report to see who played the biggest roles in Robert Mueller's two-year investigation into Russian efforts to interfere in the U.S. election.
Author: Jordan Fischer
Published: 10:01 PM EDT April 19, 2019
Updated: 10:38 PM EDT April 19, 2019

WASHINGTON -- The name of President Donald Trump's long-time fixer and personal lawyer Michael Cohen appears 764 times in the Mueller Report -- more than anyone else not named "Trump."

That number comes from a WUSA9 text analysis of the 448-page "Report On The Investigation Into Russian Interference In The 2016 Presidential Election" released in redacted form by the Department of Justice on Thursday.

The report is the result of a more-than-two-year investigation by special counsel Robert Mueller into Russian efforts to interfere with and influence the 2016 election and into possible collusion by the Trump Campaign. Ultimately, Mueller's investigation found voluminous evidence of Russians engaging in "information warfare" at an astonishing scale -- and resulted in the indictment of dozens of people on hacking and election interference charges.

READ MORE: Trump thought special counsel was the ‘end of his presidency’

Mueller's report also contains a section detailing the president's reaction to the investigation, as well as 10 episodes of possible obstruction by the president. Both Mueller and Attorney General William Barr decided not to file charges based on this instances.

And so, after all that, who ended up appearing in the report most?

After Cohen, the second most-referenced individual was retired Lt. Gen. Michael Flynn, Trump's former national security advisor who has since pleaded guilty to a felony count of lying to the FBI about his communications with Russian ambassador Sergey Kislyak.

We analyzed all 448 pages of the Mueller Report to see which names came up the most in the investigation into Russian election interference.
Jordan Fischer

Number three on the list? Former FBI director James Comey, whose termination led to the appointment of the special counsel and was itself a possible point of obstruction investigation by Mueller's team.

Other Trump associates who ranked high on the list were Paul Manafort Jr. – who has now been sentenced to more than seven years in prison on multiple charges in connection with the investigation – former Trump Campaign advisor George Papadopoulos, former attorney general Jeff Sessions, Trump's son-in-law Jared Kushner and Donald Trump Jr.

Unsurprisingly, the president himself appears nearly 1,500 times in the report – in conversations with subordinates, in media reports and in posts on his own social media accounts. His children appear at varying frequencies: Donald Trump Jr – who was at the Trump Tower meeting and had limited contacts with WikiLeaks during the campaign – is named 181 times. Ivanka Trump is named 15 times, and Eric Trump just three times. Trump's other children are not named at all in the report, and First Lady Melania Trump appears only once in a footnote about phone conversations with Michael Cohen.

In addition to Trump's family and associates, a large number of Russians are also named in the report, including Aras and Emin Agalarov – who helped arrange the June 9, 2016 meeting at Trump Tower in which Trump Campaign officials attempted to get "dirt" on Hillary Clinton from Russian lawyer Natalia Veselnitskaya – Oleg Deripaska, the Putin-linked businessman who hired Manafort for consulting work, and Russian President Vladimir Putin himself, who appears in the report at least 155 times.

Republicans have mostly responded to the report as Trump himself has -- by treating it as exoneration of any charges of collusion with Russia. Democrats have so far been split, with some calling for voters to make the final call in the 2020 election, while others, like 2020 candidate Sen. Elizabeth Warren, have called for Trump to be impeached by the House.

Below, find all of the most-frequently mentioned names in the Mueller Report in descending order (Note: Because the report was released as a scanned PDF, there may have been imperfections in the conversion to a searchable form, which could impact the text's readability for analysis):