With the Mueller Report finally published, a comprehensive list of Russia's 'active measures' against the 2016 U.S. election.

WASHINGTON D.C., DC — Special Counsel Robert Mueller's redacted report into Russian interference in the 2016 election chronicled the full picture of how a foreign entity infiltrated and puppeteered our electoral process.

The report, released April 18, unmasks the particulars behind the intention and extent of Russian meddling.

The most surprising thing: This tentacled operation all started with phishing emails. Russia gained access to the DNC network through one small click.

Below find a timeline of hacking activities by the Russian government:

In addition to GRU harvesting hundreds of thousands of documents from Democratic leaders, they also targeted private technology firms "responsible for manufacturing and administrating election-related software and hardware, such as voter registration software and electronic polling stations," according to the Mueller Report.

In July 2018, the Department of Justice indicted 12 Russians, including alleged GRU commander Victor Borisovich Netyksho, in connection with the hack.

Credit: Eliana Block
The DOJ indicted 12 Russian nationals alleged to be members of GRU for hacking the Democratic National Convention.

Thirteen other Russian nationals and three Russian entities, among them the Internet Research Agency, were also indicted on charges of illegally using social media to influence the U.S. election in support of Donald Trump.

According to the Mueller Report, the Internet Research Agency (IRA) – an "internet troll farm" with ties to Russian President Vladimir Putin – conducted its own "information warfare" against the U.S. Facebook estimates the IRA's posts were seen by more than 126 million people on the social network alone.

The IRA accomplished this by sending operatives to the U.S. on an intelligence gathering mission and then creating fake groups online posing as Americans with names like "Being Patriotic," "Stop All Invaders" and "Miners for Trump." According to the report, the IRA made more than 250,000 posts on social media through these front accounts in the 10 weeks before the election. 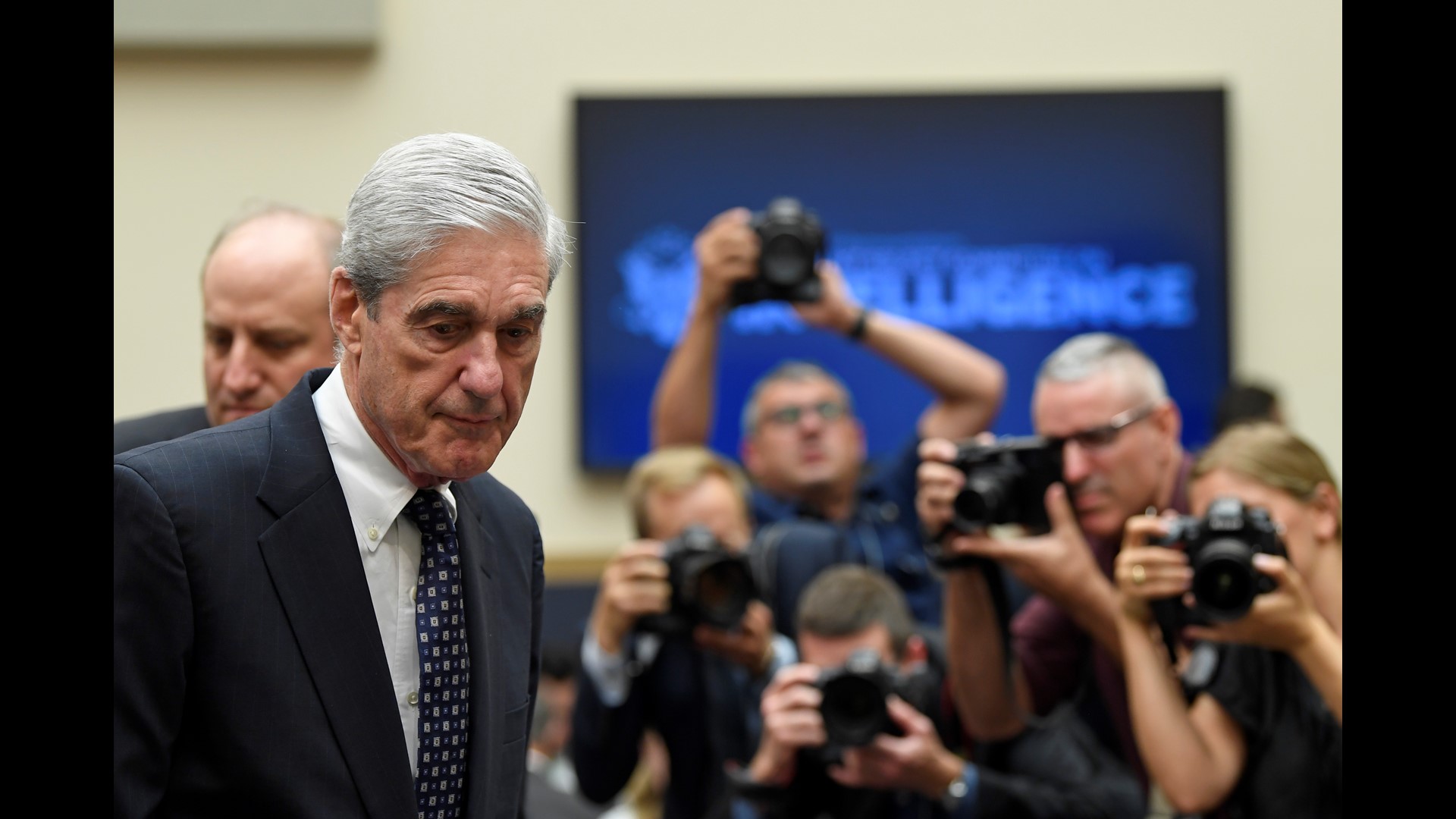