Long after protest chants have quieted to a whisper, photographs, paintings and murals made by local artists will live on and continue to make noise. 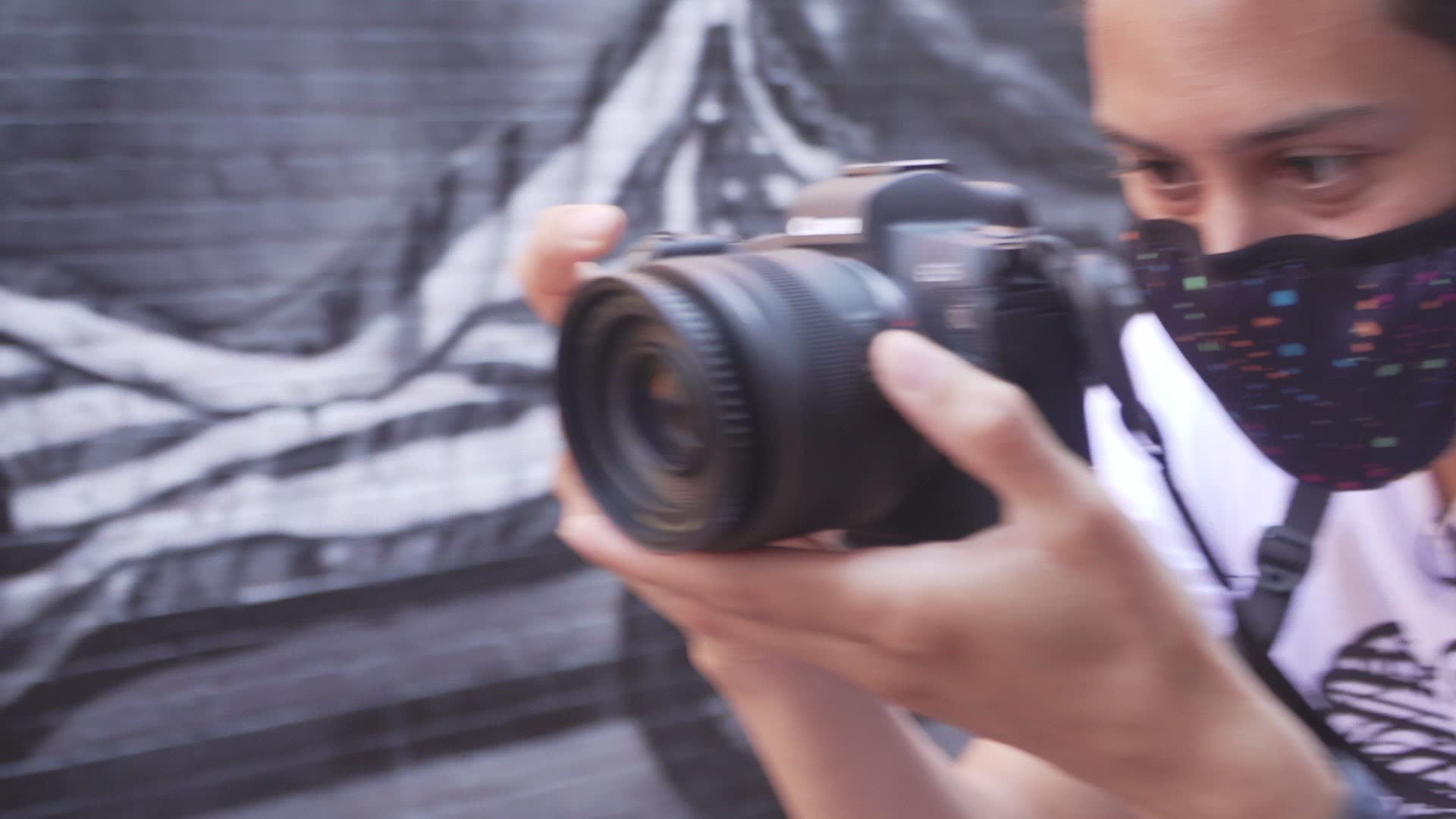 WASHINGTON — Artists have always been on the front lines of social change in this country. After the protest chants have quieted to a whisper, their photographs, paintings and murals continue to make noise.

An Alexandria photographer and an Anacostia artist are helping to capture and preserve the impactful moments of the current social justice movement enveloping the DMV.

"The role of artists is to reflect the times, and I believe that," Alexandria resident and photographer Conrado Muluc said. "I strongly believe that."

Muluc and muralist Mia DuVall are both keepers of history, following in the footsteps of artists who came before them, like Gordon Parks and Romare Bearden.

The artists document brown and Black people as they protest and march in the nation's capital, using the tools of their trade, whether that be a camera lens or paint palette.

"I feel obligated as an artist to go out and reflect what's happening right now," Muluc said. "I know when I see a great image."

Muluc vividly remembers one moment he saw such a powerful image that he knew had to be caught on camera.

"I remember seeing this gentleman with his bike and the flag wrapped around him with a chain," Muluc said. "As soon as I saw the flag upside down and this gentleman riding down the street, I knew that I had to capture that. To me, that represented so much of what's happening right now in America." 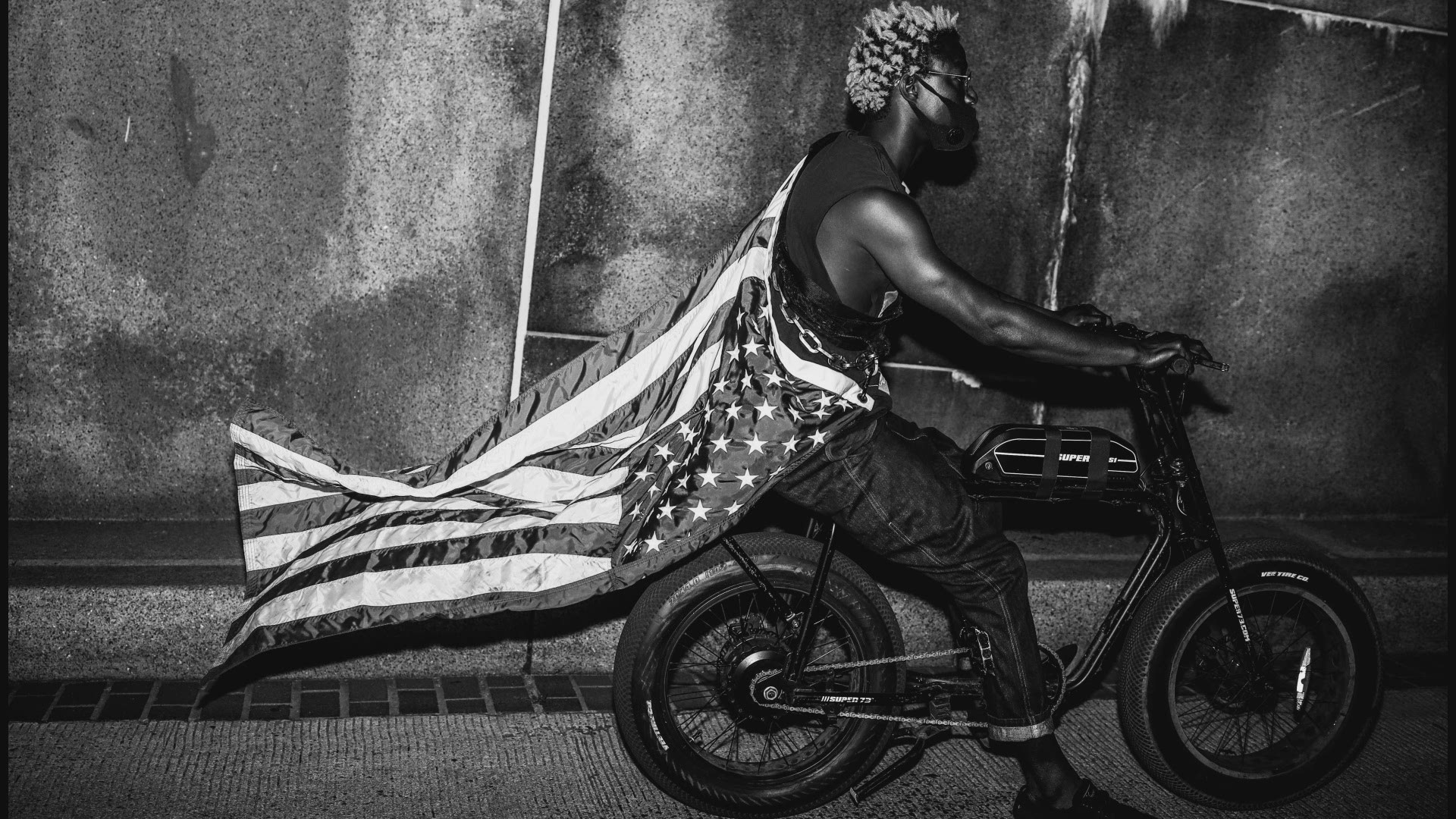 Muluc's black and white photograph was so powerful, other artists asked for his permission to paint it on the wall of the Atlas Performing Arts Center in Northeast D.C.

"Someone once told me that in order to be relevant you have to be visible," DuVall said.

DuVall uses the city landscape as her canvas to paint colorful panoramic murals of freedom fighters and changemakers in the District. Several icons are memorialized in a mural she created at Busboys and Poets in her own Anacostia neighborhood. Marion Barry, Frederick Douglass, Ophelia Egypt and Wilhelmina Rolark have all been depicted by DuVall around the city.

"What I want, is that every time you come back, I want you to see something that you didn't see before that just kinda like furthers your thinking," DuVall said. 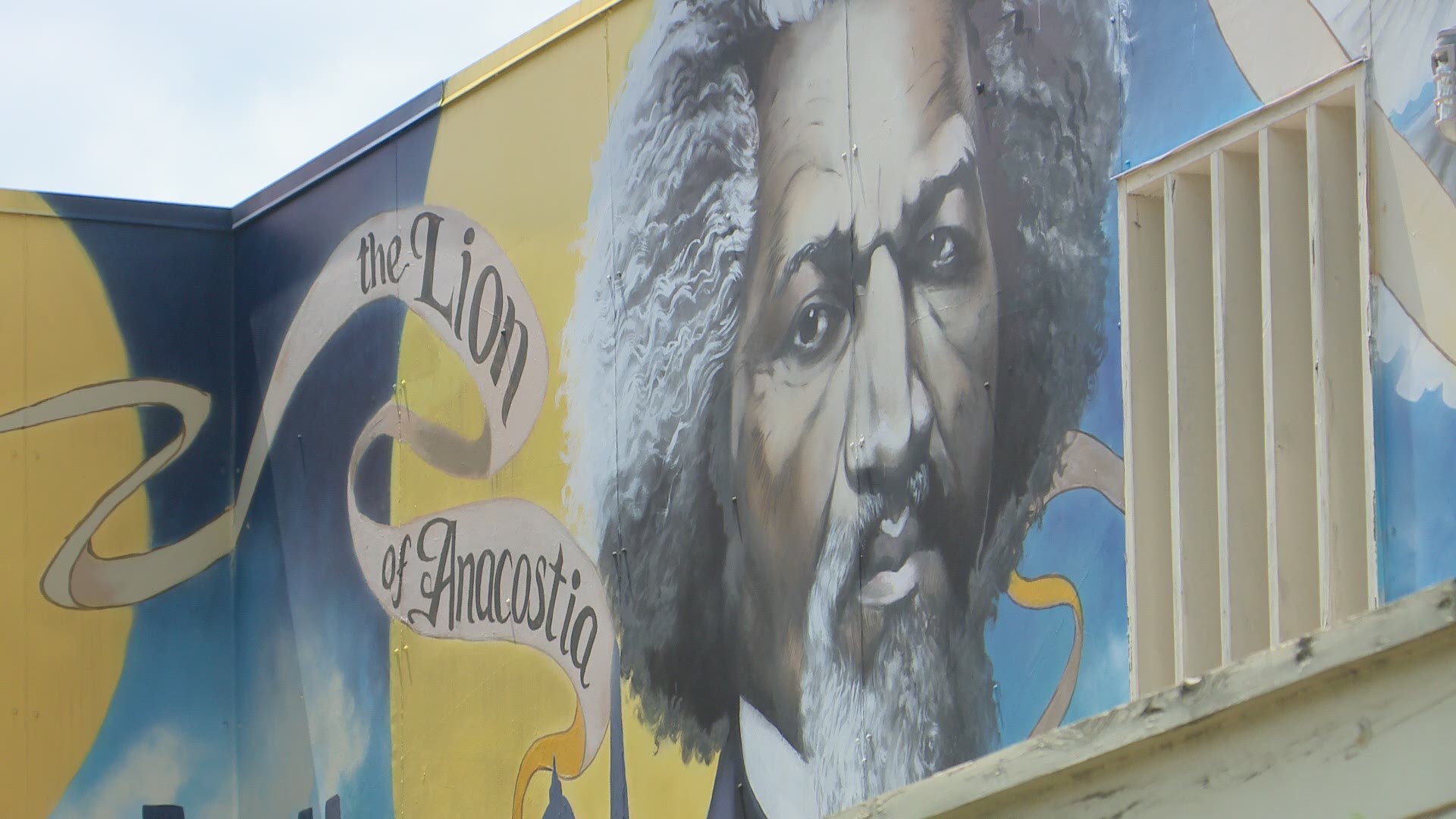 DuVall believes that the artwork that she is creating has a purpose during this social movement.

"In all the work that I do, that's super important to me," she said. "It's like how can you further the conversation without just putting it in people's face. It's not Avant-garde art, so it's not just art for art's sake. It's art with a purpose, art with a narrative and meaning."

Duvall and Muluc both noted that what pushed them to do this work is that they rarely saw images of Black and brown people in public art or magazines.

"I feel right now," Muluc said, "it's super important for artists to continue to do this work."