Daisy Fields marched alongside civil rights legends that most have only read about in history books. Now, she passes on the spirit of activism to her granddaughter. 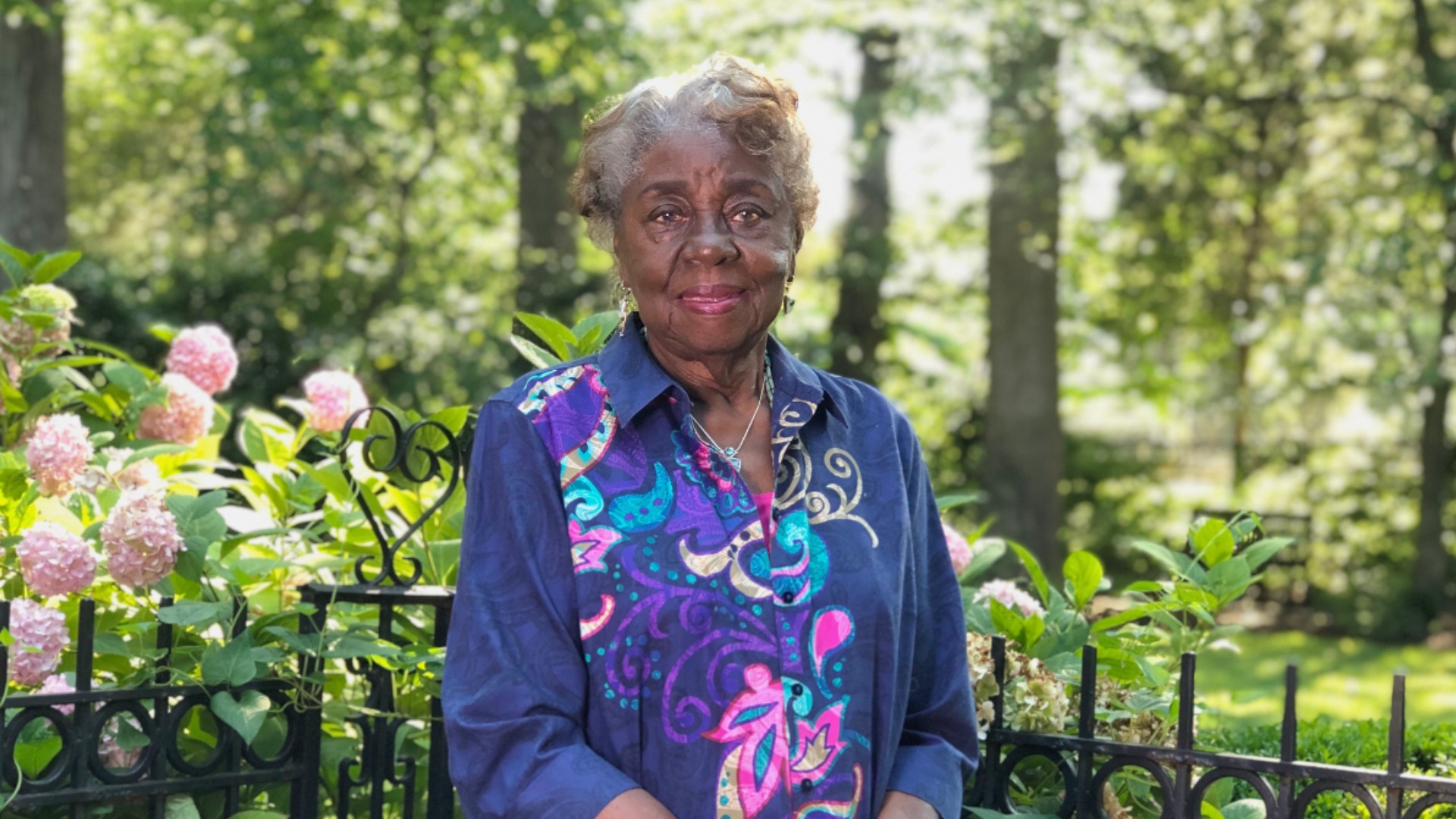 WASHINGTON — When it comes to the fight for equality, everyone has a part to play-- no matter how big, or small. D.C. resident, Daisy Fields has played her part for 92 years.

Mrs. Fields hails from the state of Alabama, the birthplace of America’s civil rights movement. In the 50s, she found herself in the middle of it all. Boycotts, marches and protests. She participated alongside civil rights legends that most of us have only read about in history books.

“I met him [Dr. Martin Luther King Jr.] at church... Dexter Avenue and Hope Street Baptist," said Fields. "Some of the meetings were about a block and a half from me and we would all meet."

She was in her 20s at that time, young and eager for substantial change. She would meet with Dr. King after church and they would talk about the struggle in the fight for equal rights. They used this time to plan for the next demonstration.

Although the movement was for the betterment of all people, she had her own experiences with racism. Experiences she would remember for the rest of her life.

“I was going from where I lived to the doctor. I was pregnant at the time and the bus driver asked me to get up,” she said.

Fields was sitting in the white section of the bus.

“We would pay in the front and walk all the way round to the back of the bus to get on. You worked all day but you had to stand up all the way home whenever you rode that bus,” said Fields.

To her luck, she happened to be on the bus with a white military man from the North. He wasn't used to seeing Black people treated so badly, she said. He stood up for her and she was able to keep her seat. Fields' bus experience is very similar to the popular story of another woman, Rosa Parks, who just so happened to be her neighbor.

“She had to pass my house every day when she was going to work. That's where she caught the bus,” said Fields.

Parks was a seamstress at the Montgomery Fair department store. On her way to work, the two would talk while they waited at the bus stop together.

In 1955, four days after Parks was arrested for not giving up her seat to a white person, the bus boycotts began. Fields had no idea how she was going to get to her job but she was committed to the cause.

“Nobody rode the bus. Not that day and just about the whole year,” she said.

She moved to the nation's capital in the 60s. Although she was away from Montgomery, she was still involved in planning the next big demonstration, which was the March on Washington.

Most of my friends were still in Montgomery. So I knew what was going on. Some were supposed to stay with me,” she said.

Fields has consistently responded to the call for action.

Now, she is passing down the spirit of activism to her 24-year-old granddaughter, Chandler Baxter, who will be attending the March on Washington on August 28.

Baxter received her undergraduate degree from the University of Maryland College Park and she recently graduated from Georgetown University's master's program. Throughout her young adult life, she has been active in the Don't Mute D.C. demonstrations and the Black Lives Matter protests.

She learned about her grandmother's history with activism at a very young age. Her grandma came to Grandparents' Day at John Eaton Elementary School in D.C. Baxter shared with her that she was learning about Rosa Parks in class. To her surprise, her grandmother was able to give her a personal history lesson about the historical figure.

"She just never fails to amaze me," said Baxter. "It was very shocking but also very cool because these are the figures you learn about growing up."

Baxter believes that when you come into this world you shouldn't be facing the same problems when its time for you to leave.

“My grandmother’s generation made a huge change. I’m really looking forward to the march and continuing my family’s legacy,” said Baxter.