Without secrecy sleeves, your mail-in ballot might not count

Forget to put your ballot inside these sleeves, and in some states your vote won’t count. On top of that, your ballot may be visible to anybody. 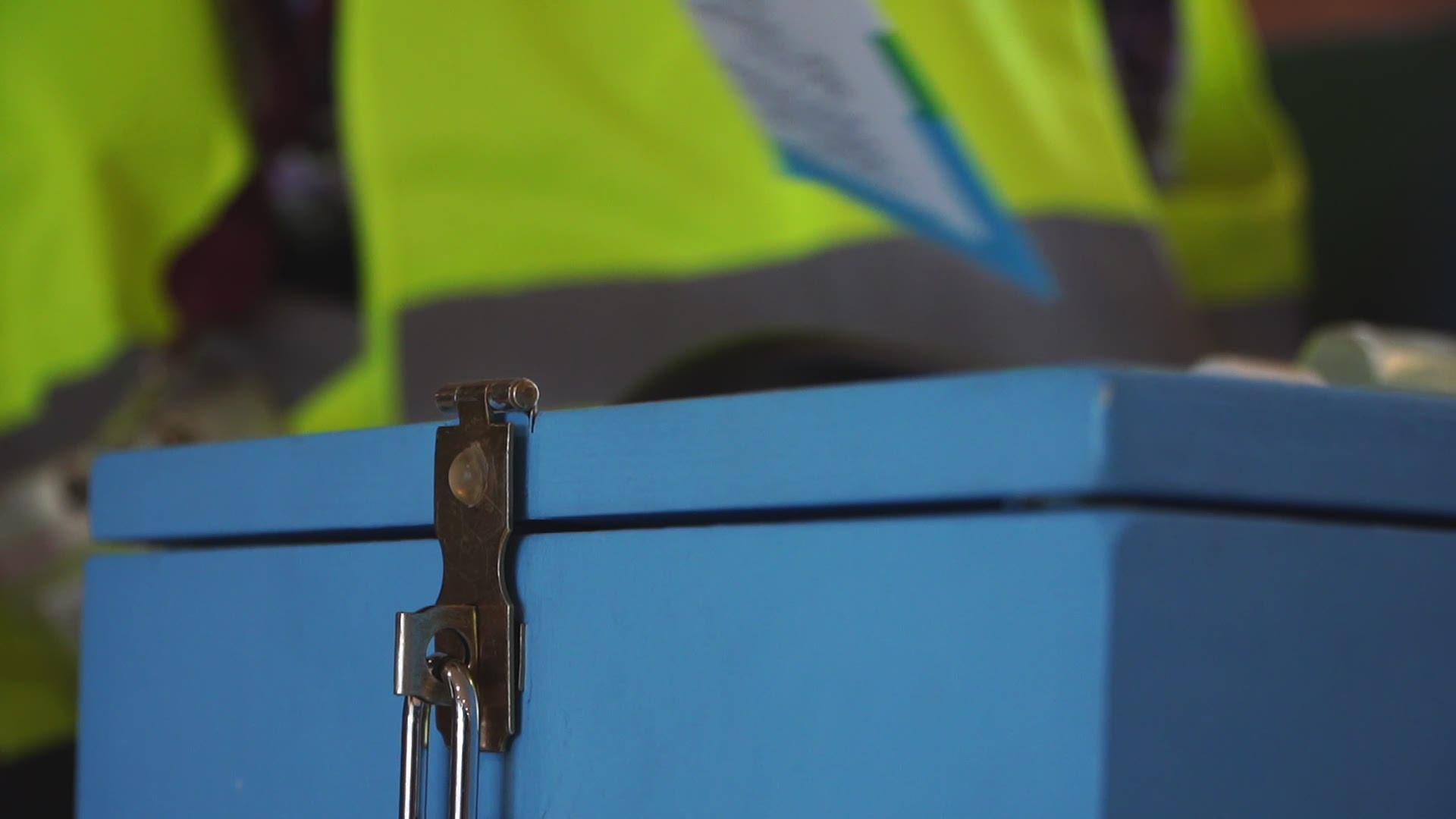 FAIRFAX COUNTY, Va. — Many voters will trust the US Postal Service to get their ballots to county officials on time for the 2020 election.

Virginia ballots are inside two envelopes, labeled “A” and “B.”

The "A" envelope directs the US Postal Service to get the ballot to the right place. It’s the critical “B” envelope, something called a secrecy sleeve, that validates the voter’s identity, according to Virginia law.

"It’s really the same information, but we’re getting it in the voter’s handwriting and their signature attesting they are the voter who requested it," explained Fairfax County registrar Gary Scott.

Scott has 22 years experience helping to run Fairfax County elections, but never one where mail-in ballots were so popular.

16 states, including Virginia and West Virginia, have laws mandating secrecy sleeves, according to the National Conference of State Legislatures.

Ballots without the sleeves are called “Naked Ballots.” They were the target of a September lawsuit in election battleground Pennsylvania. Democrats sued the Republican legislature trying to change a law it passed and allow Naked Ballots to be counted. The lawsuit failed and the requirement stands – just as in Virginia.

Only one sleeve is used that serves as both a place for a voter to sign and for US Postal Service to deliver. But we discovered a flaw, spotted first upon inspecting the ballot in daylight. Also under good interior lighting, you can press your fingers down on the single envelope and see who a person voted for, or didn’t vote for, in the presidential race.

Credit: Nathan Baca
How one votes is visible by pressing fingers against the sleeveless Montgomery County ballot envelope.

Put simply, anybody handling your Maryland ballot, from somebody in your home, to a postal service employee, can see who you voted for.

We alerted Maryland’s Board of Elections, which responded with a statement:

“Opening a second envelope adds time to the canvassing process, and the decision was made over 15 years ago to stop using the secrecy envelope.”

DC’s Board of Elections tells us it is “providing the Secrecy Sleeve that goes into the envelope. However, we will also process and count 'naked' ballots that are returned without the sleeve.”

It also adds a warning: “The ballot is meant to stick out a little bit from the sleeve. Do not fold the ballot to make it fit.”

If you want to keep your Maryland mail-in ballot presidential pick away from curious eyes there’s two tips: