As of Tuesday evening, nearly 1/3 of the City of Falls Church had cast a ballot. 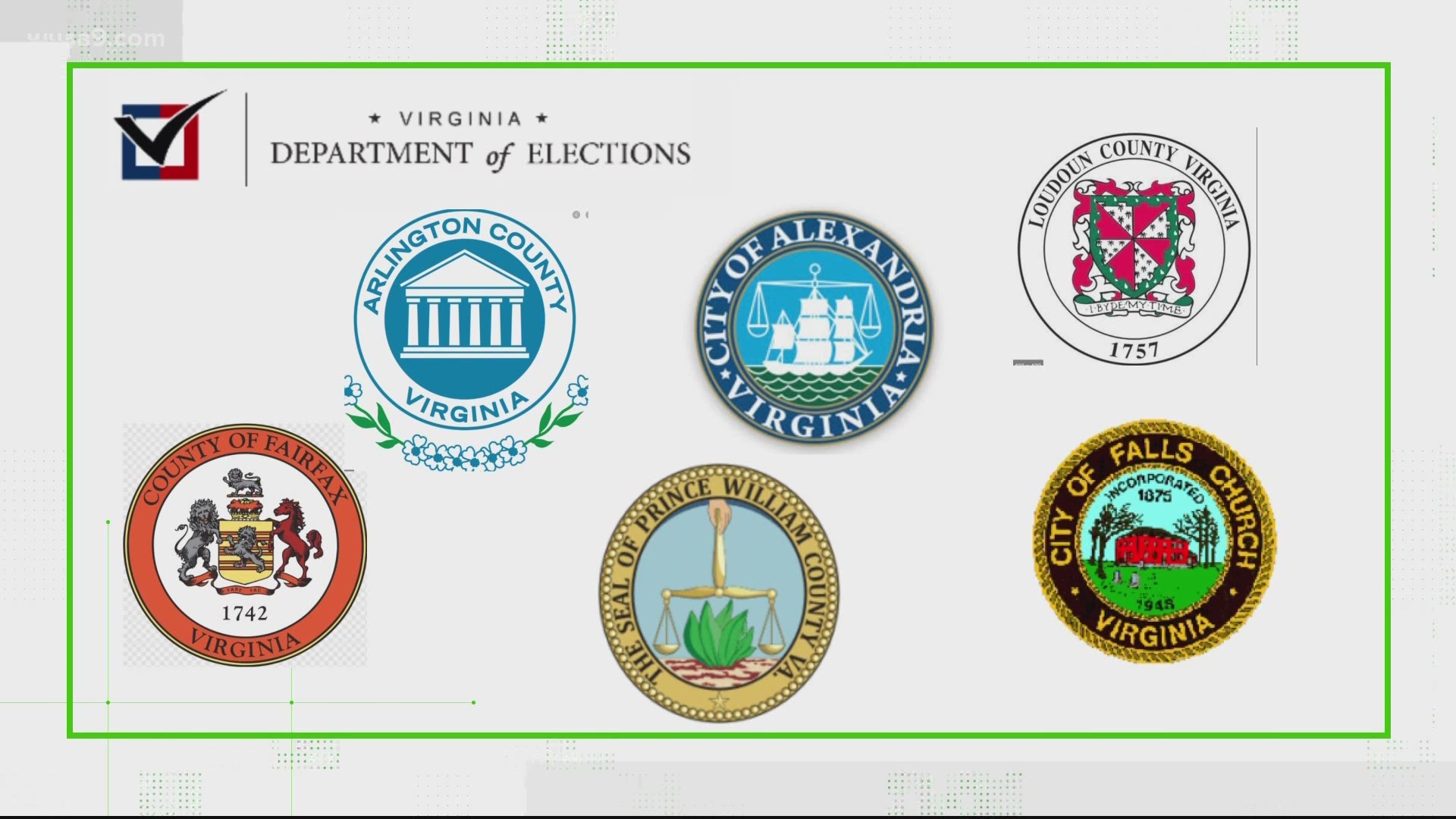 FAIRFAX, Va. — With less than four weeks to go until Election Day, Virginia voters are already turning out big time for early voting. Jurisdictions across Northern Virginia are seeing large numbers of voters pack polling sites in this political season unlike any other.

In Falls Church, Director of Elections David Bjerke said they are averaging between 100 to 200 each day in early voting.

Bjerke said this is a significant difference from four years ago.

“It does not compare at all. Everything is unprecedented right now. The first day that I could send out ballots four years ago, I mailed 18. In the first day I could mail them out this year, we sent 3,300,” said Bjerke.

As of Tuesday evening, nearly 33% of the City of Falls Church had cast a ballot.

“It has been an incredible amount of turnout. The City of Falls Church has seen 1/3 ballots cast and we still have four weeks before this election,” Bjerke said.

In Alexandria, the Director of Elections said they have already sent out more than 36,000 mail-in ballots this year. In 2016, they sent out about 7,600 during the entire 45 days of the election.

In Fairfax, the city shared on Twitter that they’ve mailed out more than 200,000 votes by mail ballots so far. That is more than the total number of absentee votes cast in 2016.

Bjerke said there are several reasons for the increase in early voting.

“It’s a multi-factor obviously. There’s so much around this election to begin with but the pandemic definitely increased our by-mail applications,” Bjerke said.

Voters who requested a ballot by mail may also deposit their completed ballot at a secure Ballot Box. The Ballot Box in Falls Church is located outside City Hall and is under 24/7 video surveillance that is monitored by the Falls Church Police Department.

Don’t forget to include “Envelope B” inside the dark orange return envelope provided when dropping your ballot off at the Ballot Box.

“Obviously if you don’t want to vote by mail because you’re worried about the USPS, I will have you know that as the Director of Elections, I applied by mail to receive my ballot and I sent my ballot back through the mail to make sure it worked and it did. So, anecdotally it has worked for me. But, I understand there is a lot of concern about using the USPS and we have a dropbox now for them and we really suggest that if you have received a ballot, use the dropbox,” said Bjerke.

One cool statistic I didn't notice last night is that with ballots cast and absentee applications processed, we are at 5,337 voters who have either cast or applied for a by-mail ballot.

Early voting in Virginia is between Sept. 18 and Oct. 31.

The times of operation for voting vary depending on where voters live.

People who plan to vote in person must show an ID, such as a driver’s license, to cast their ballots in Virginia.

However, new state law allows Virginians to also use a current utility bill, bank statement, government check, paycheck, or other government documents with the voter’s name and address.

Unlike D.C., Virginia voters must request a ballot online from the Virginia Department of Elections. Do not expect to just get a ballot in the mail.

The deadline to request an absentee ballot is Oct. 23 at 5 p.m.

Mail-in ballots must be postmarked by Election Day on Nov. 3.

Voters may also cast their ballots in person on Election Day.

One week left to register or update an existing voter registration for the November 3 General Election. Check your status on the @vaELECT Citizen Portal before October 13: https://t.co/swfoDmyroy pic.twitter.com/nbVV2laVB3