The man has been identified as 29-year-old Cedric Williams, of no fixed address. 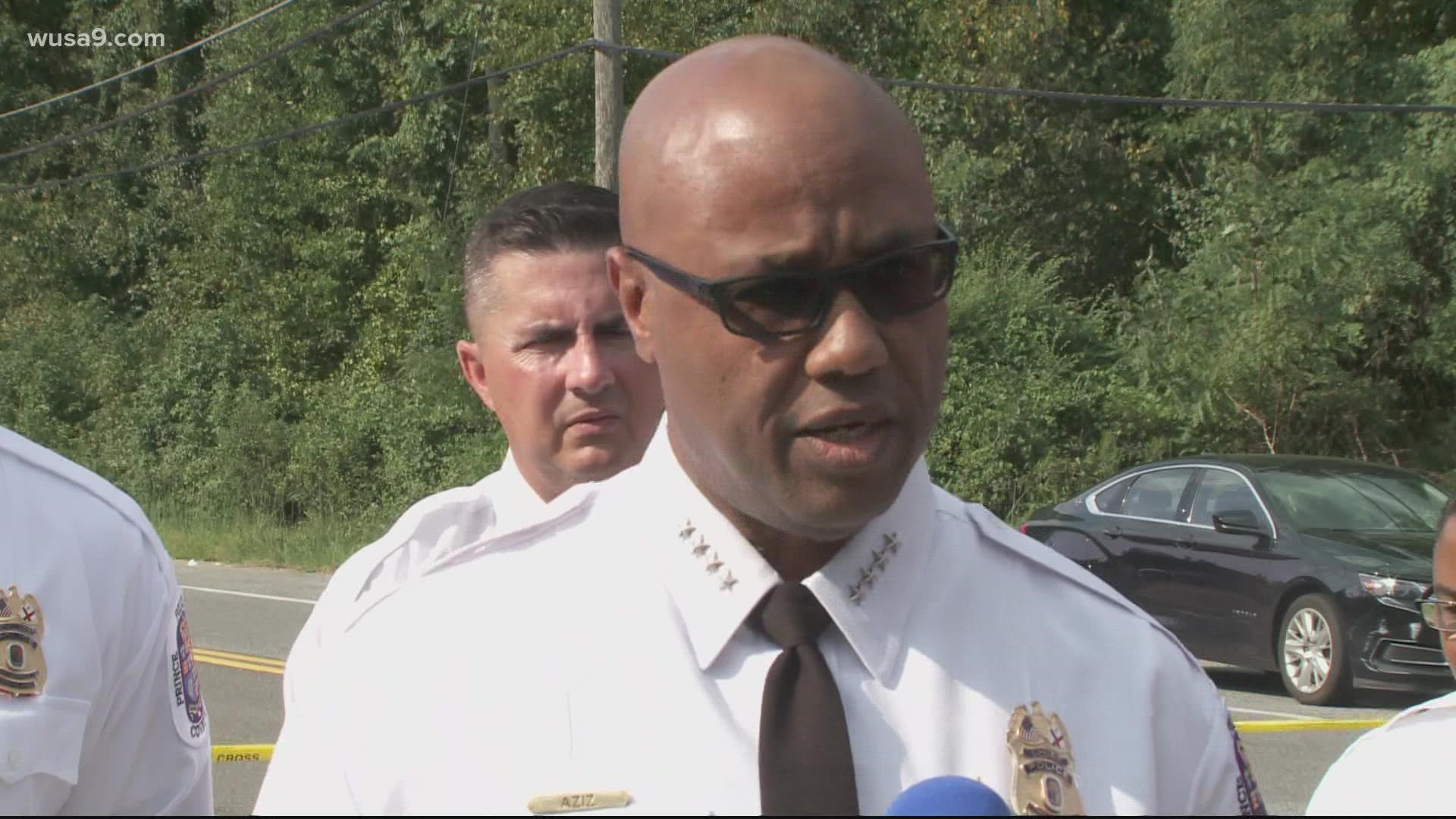 OXON HILL, Md. — A man was fatally shot by a Prince George's County Police officer Friday afternoon outside a building he had allegedly been banned from, according to Police Chief Malik Aziz.

Around 12:40 p.m., Aziz said 29-year-old Cedric Williams, of no fixed address, had ordered some food that had been delivered to the front desk of a building he had been banned from entering as of Thursday. PGPD Corporal John Diggs, who was working a security job at the building ordered Williams to leave, but said he did not comply, according to Aziz.

Aziz said witnesses told him that Diggs escorted Williams out of the building, where the two men got into a verbal altercation, and then a fight. According to police, Williams retrieved a bag, pulled out what looked like a handgun and pointed it at Diggs.

The officer shouted at Williams to drop his gun. Aziz said Williamsattempted to fire his gun at Diggs, but the weapon had a malfunction, and Williams threw it into the woods nearby, Aziz said.

Diggs tased Williams twice to try and subdue him, neither of which worked, according to Aziz. Williams then pulled out a "long gun" and after Diggs again attempted to get him to drop the gun and he didn't comply, the officer fired his own gun at the man multiple times. Williams was shot and killed.

Aziz said after an initial investigation at the scene, it was determined that the weapons the man produced were replicas. When asked if they were toy guns, Aziz called them "realistic replicas of weapons."

"I don't know if they were sold as toys, but our crime scene investigators believe these are replicas of realistic weapons."

Prince George's County Police say in the photo below, to the right is the photo of the handgun which was determined to be a realistic replica. As a comparison, the photo on the left is a real Colt 45 handgun, they confirmed.

Credit: DC Police
DC police say this is the photo of the handgun, which was determined to be a realistic replica. As a comparison, the photo on the left is of a real Colt 45 handgun.

PGPD said in the photo below, to the right, the phony AR-15 was determined to be a realistic replica. As a comparison, the photo on the left is a real AR-15, police confirmed.

Credit: Prince George’s County Police Department
PGPD says this is the photo of the rifle recovered from the suspect and a real AR-15 to show in comparison. The real AR-15 is on the left.

Aziz also noted that he was told by building personnel that Williams had a history of "threats and intimidation and behavioral issues," which led to him being banned from the property.

Diggs was taken to a local hospital for treatment of minor injuries to his hand and face. Aziz said Diggs has been with the department for 12 years and is assigned to the bureau of patrol. He is on administrative leave pending the outcome of the investigation, "as is standard procedure," the department specified.

Aziz said he was unsure if there was bodycam footage from the shooting, as Diggs had left the scene to be treated by the time he arrived.

WUSA9 spoke to two residents who live in the building after the shooting occurred. One man requested anonymity. The other man is named Robert Middleton. Both men offered a similar account of the event they saw happen at the building.

Middleton said he saw Williams walk away from the building, down a long ramp, as Diggs followed him.

He said it appeared to him that Diggs was agitating the situation.

"In my opinion, the officer was kind of rude to the man,” Middleton said. “Egging him on, wanting to fight the man."

Talked to residents who saw this afternoon's fatal police shooting on the 1100 bl. of Owens Rd. in Oxon Hill. Two people told me they saw the man who died walking down a long ramp, away from the PGPD officer, before the pair got into a fight near a bus stop. (@wusa9) pic.twitter.com/jVzjINKh8y

He said Williams and Diggs then got into an altercation near a bus stop along Owens Road. After that, Middleton said he heard multiple gunshots.

WUSA9 reached out to the Prince George’s Police Department to get its response to those two residents’ claims about what they saw leading up to the shooting.

The department released the following statement:

“Chief Aziz spoke about this incident this afternoon. This case is under investigation and we encourage anyone with any information regarding this case to call our detectives at 301-516-5721.”

According to Middleton, the man’s mother lived inside the building. The Prince George’s County government website says the building at 1100 Owens Road is a public housing complex for the elderly and people with disabilities.

RELATED: Amid increasing violence in DC, community groups working to stop it at the source