Police say two men were shot and one died from his injuries. 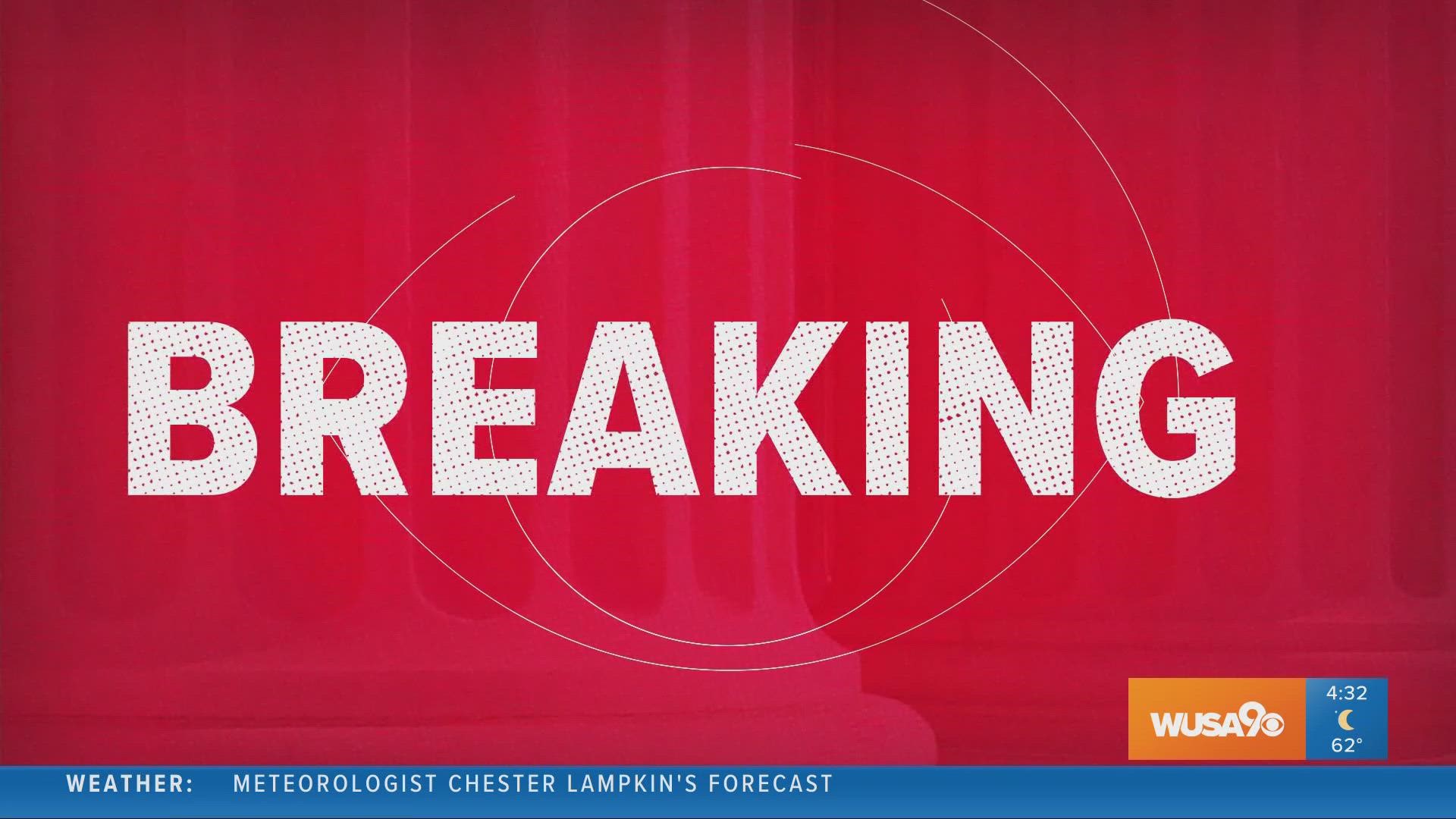 WASHINGTON — Officers investigating a homicide in Northwest D.C. Friday shot a man they say was leaving the scene. Metropolitan Police Department Chief Robert Contee said the man pulled a gun on officers after a pursuit and crash.

Officers were first alerted to the sound of gunshots in the area of 9th and Rittenhouse Street Northwest just after midnight. Responding officers found two people who had been shot. One of the victims had obvious life-threatening injuries, Contee said. That man died from his injuries. The second victim had injuries not thought to be life-threatening.

"While officers were rendering first-aid, they noticed an individual fleeing the scene of the homicide in a red, small SUV vehicle," Contee said.

MPD officers pursued the vehicle and attempted a traffic stop, according to Contee. The driver of the red SUV rammed a police cruiser, made evasive moves and fled to 9th and Tuckerman Street Northwest, Contee said in the press conference.

Police said that's when the SUV crashed and flipped onto its side. When officers tried to get the driver out of the SUV, they noticed he was armed. Contee said the driver drew the firearm.

"Officers made several pleas for him to drop the firearm. He did not," Contee said.

One of the MPD officers shot the driver, who is being treated for non-life-threatening injuries at an area hospital, Contee said.

The person who died at the Rittenhouse scene has been identified as 65-year-old Eyon Falby of Northwest D.C.

Police said the driver shot by police, identified as 30-year-old Daron Barnes of Northwest D.C., is suspected in Falby's homicide

As a result of the investigation, Barnes was arrested and charged with assault on a police office, carrying a pistol without a license, felon in possession, fleeing from from a law enforcement officer in a motor vehicle, and other charges.

Barnes was also wanted on an outstanding warrant for a domestic violence assault in August 2021, police said.

The MPD officer involved has been placed on administrative leave. Responding officers activated their body worn cameras. That footage is currently under review.

This is the second shooting involving an MPD officer this week and the fourth in the last two weeks.

On Tuesday, Aug. 31, an officer shot and killed a man, identified as 34-year-old George Watson, after someone called to report a person standing on a balcony with a gun near the intersection of 14th Street and V Street in Northwest D.C.

One officer was injured in Tuesday's shooting. That officer was taken to a nearby hospital and is expected to survive.

“It is unfortunate anytime we have to use force in any situation,” Contee said on Tuesday.

On Wednesday, August 25, D.C. police shot and killed a man they say was armed after he was found asleep behind the wheel in Northeast D.C.

Less than 24 hours earlier, MPD officers shot and injured a man in Southeast.