A 40-year fight to recoup benefits Congress stripped from military spouses is nearing the finish line. 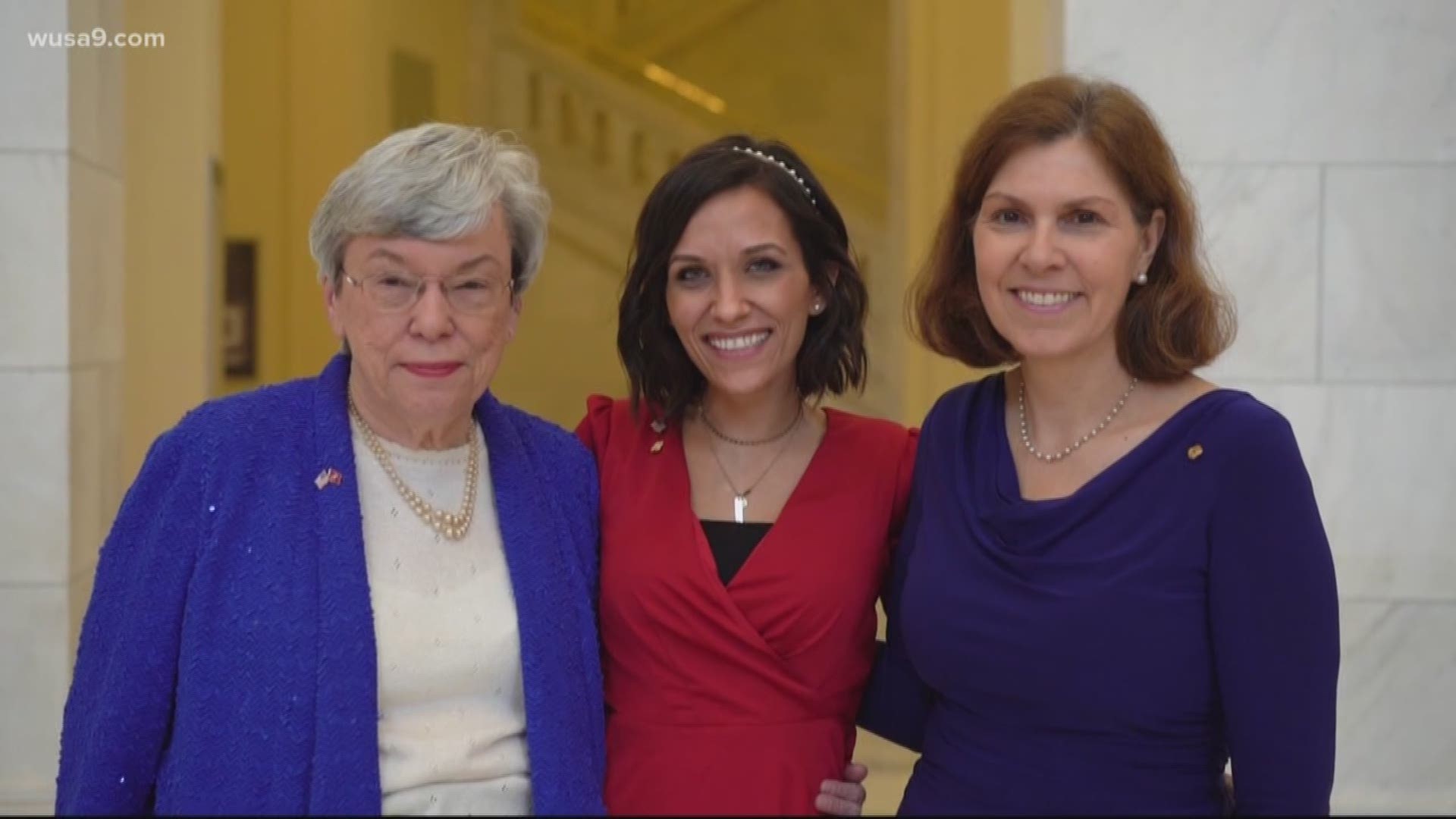 WASHINGTON — It was a touching victory for Edith Smith, one of the 65,000 military spouses who have been battling for decades to repeal the Widow's Tax.

"It's actually restored the dignity to our husband's service," Smith said.

"We're sisters in arms, brothers in arms for this fight," Kathy Thorp said.

WUSA9 first introduced you to these surviving military spouses nearly a year ago, when Annie Yu began documenting their journey to fight for benefits Congress had stripped from the. It's been an emotional roller coaster, but one that's brought them to pure joy.

"I feel happy, but it was never necessarily about the money," Kristy DiDomenico said. "It was about the service of our husbands."

Now, their decades-long fight to get the benefits they've earned is nearing the finish line.

Legislation included in the National Defense Authorization Act, the military budget that just passed, will phase out the Widow's Tax over a three-year period. The full House and Senate will be voting on the legislation within the week, after which it goes to the president for his signature.

"With the addition of around $12,000 a year, this is really real," Rep. Joe Wilson (R-S.C.) said. He cosponsored legislation to ax the Widow's Tax along with Rep. John Yarmuth (D-Ky.) in the House of Representatives.

"We kept working with Adam Smith, the chairman of the Armed Services Committee, to figure out how we could make this tolerable just on a cost basis," Yarmuth said.

The elimination of that tax will be phased in over a three-year period starting Jan. 1, 2021, and spouses can expect to receive their full benefits by Jan. 1, 2023.

For survivors who took the child-only option, they will continue to receive both the SBP and DIC, without the offset money subtracted from their survival benefits.

"I'll be able to afford child care and go back to school full time," DiDomenico said.

Sen. Doug Jones (D-Ala.) sponsored legislation to get rid of the Widow's Tax, and received overwhelming bipartisan support for the bill.

This life-changing victory helps soothe their road to healing after losing their loved ones.

"We've gotten this across the finish line, we're taking care of our families and honoring our veterans and service members," TAPS Senior Advisor Candace Wheeler said.

The surviving military spouses tell WUSA9 they are looking forward to next week when the repeal of the Widow's Tax will finally be complete.