Congress took away this benefit for surviving military spouses 40 years ago. Now, they’re close to finally righting that wrong

Bill to repeal law that strips 65,000 surviving military spouses of benefits has a record 375 cosponsors in the House and 75 Senate cosponsors. 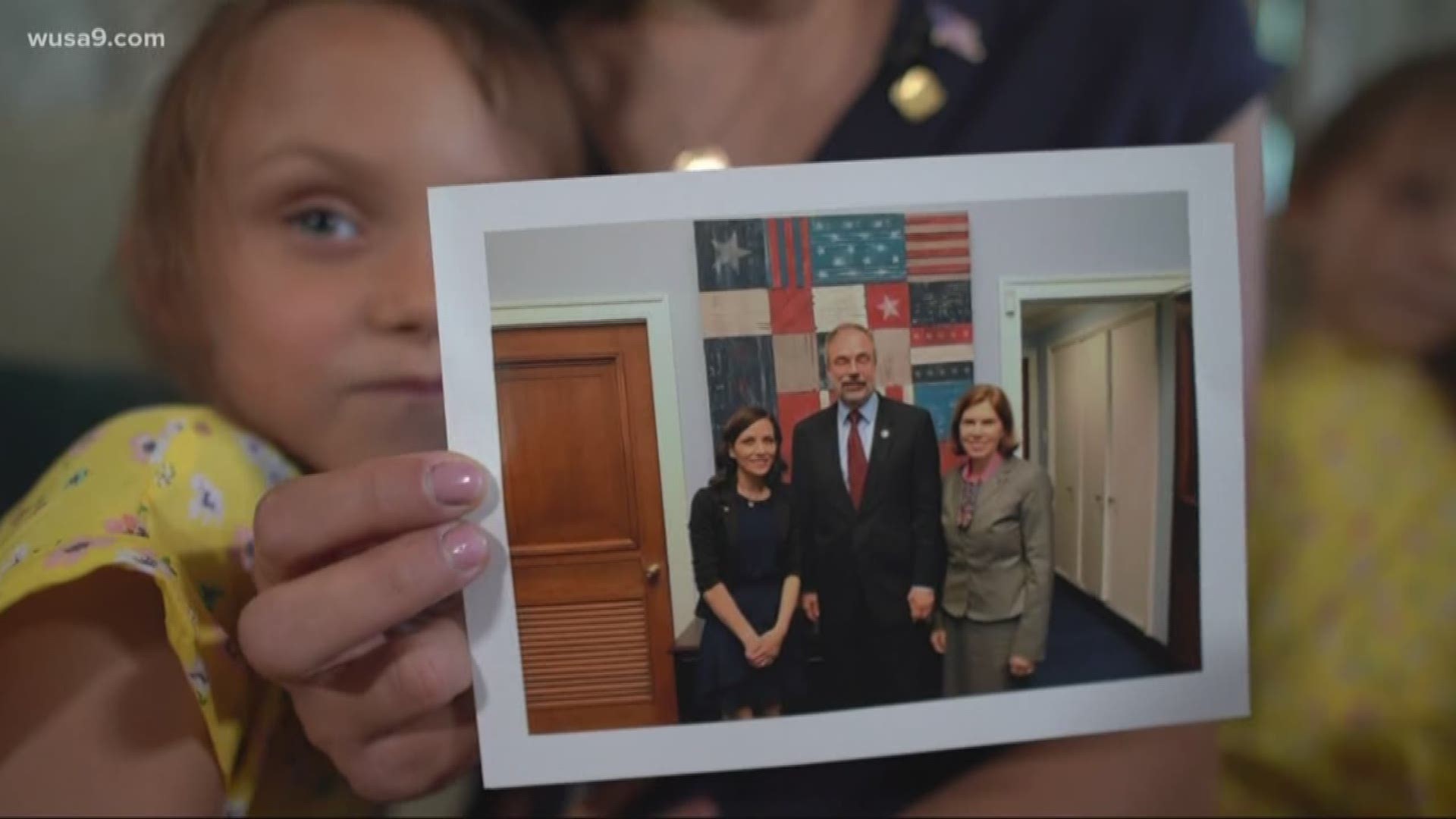 WASHINGTON — After 40 years, Congress is close to fixing a mistake that prevented surviving military spouses from collecting thousands of dollars in benefits after losing their partner.

More than 400 House and Senate members have signed on to help repeal a law -- passed four decades ago -- that strips 65,000 surviving military spouses of about $12,000 each year.

Loved ones who were left behind to grieve have found themselves in a fight they never imagined. But for the first time ever, they are closer to winning this fight because a critical vote took place that would allocate funding to give back the money these families deserve.

Their faces may look familiar and that's because WUSA9 has been following their journey for nearly a year.

Step by step, they have seen progress along the way, lobbying Congress to change the law that strips thousands of dollars in benefits from surviving military spouses.

"He passed away in 1998. And, I've been working on it, trying to get the offset repealed, literally, since he died. I've probably been in every office on Capitol Hill," Smith said.

Credit: Edie Smith
Some of the 65,000 surviving military spouses that have been lobbying Congress for decades to repeal law that strips them of their full benefits.

They are among the 65,000 surviving military spouses who are cautiously optimistic lawmakers will finally make it right.

"We've really got to step up the pressure on the conferees to make sure that the final passage of the this bill, this final bill that goes to both houses, includes the elimination of the widow's tax," Sen. Doug Jones, D-Ala., said.

The DIC is a benefit the U.S. Department of Veterans Affairs determined spouses are eligible to receive. The monthly $1,300 tax-free payment is given to survivors of service members who die in the line of duty, or if their death is due to a service-related injury or disease.

In 1972, Congress established the SBP -- an annuity military members pay into with their own money.

Surviving spouses thought they would receive a combined monthly payment of the SBP and DIC.

But, that law prevents them from collecting both federal benefits, even though, the SBP is an insurance program. Families lost out on at least $12,000 a year.

"This was a mistake that Congress made 40 years ago, and it's about time that we fixed it," said Sen. John Yarmuth, D-KY.

"Where did all that money go that they paid into? Where is that money? That's the question," surviving spouse Candace Wilkinson said.

"This happened in the 1970s and I have no clue where that money goes. It just goes into a dark hole and the government uses it," Jones said.

A few days after Independence Day, the bill to repeal the law reached a major milestone. The House passed its version of the National Defense Authorization Act.

"Myself, Susan Collins and Joe Wilson in the House started really pushing this. It hasn't been hard to gather the support," Jones said.

RELATED: 'You recruit the soldier, but you retain the family' | Sen. Susan Collins urges passage of bill to give surviving military spouses full benefits

The House passed its version of the National Defense Authorization Act. The NDAA, the budget for the U.S. military, includes the bipartisan legislation to get rid of this unfair burden.

Now, the fate of thousands of widows and widowers are in the hands of a committee of 40 Republican and Democratic leaders who all agree that the spouses should get the money.

It comes down to how the money will be allocated.

"And this is personal, to all of us, that we finally get this done. That this wrong. It is not just unjust. We talk about it being unjust, it's un-American," said Candace Wheeler, senior advisor with the Tragedy Assistance Program for Survivors.

Kristen Travis' husband has served in the military for 24 years and feels that as part of the military family, joined forces with the spouses to help them change the law.

"If everyone calls their congressional district, Congress would know that America cares, and America should care," Travis said.

Click here to find out how you can help surviving military spouses.

Send a message to all of your local legislators through this secure Military Officers Association of America site. Click here MOAA. 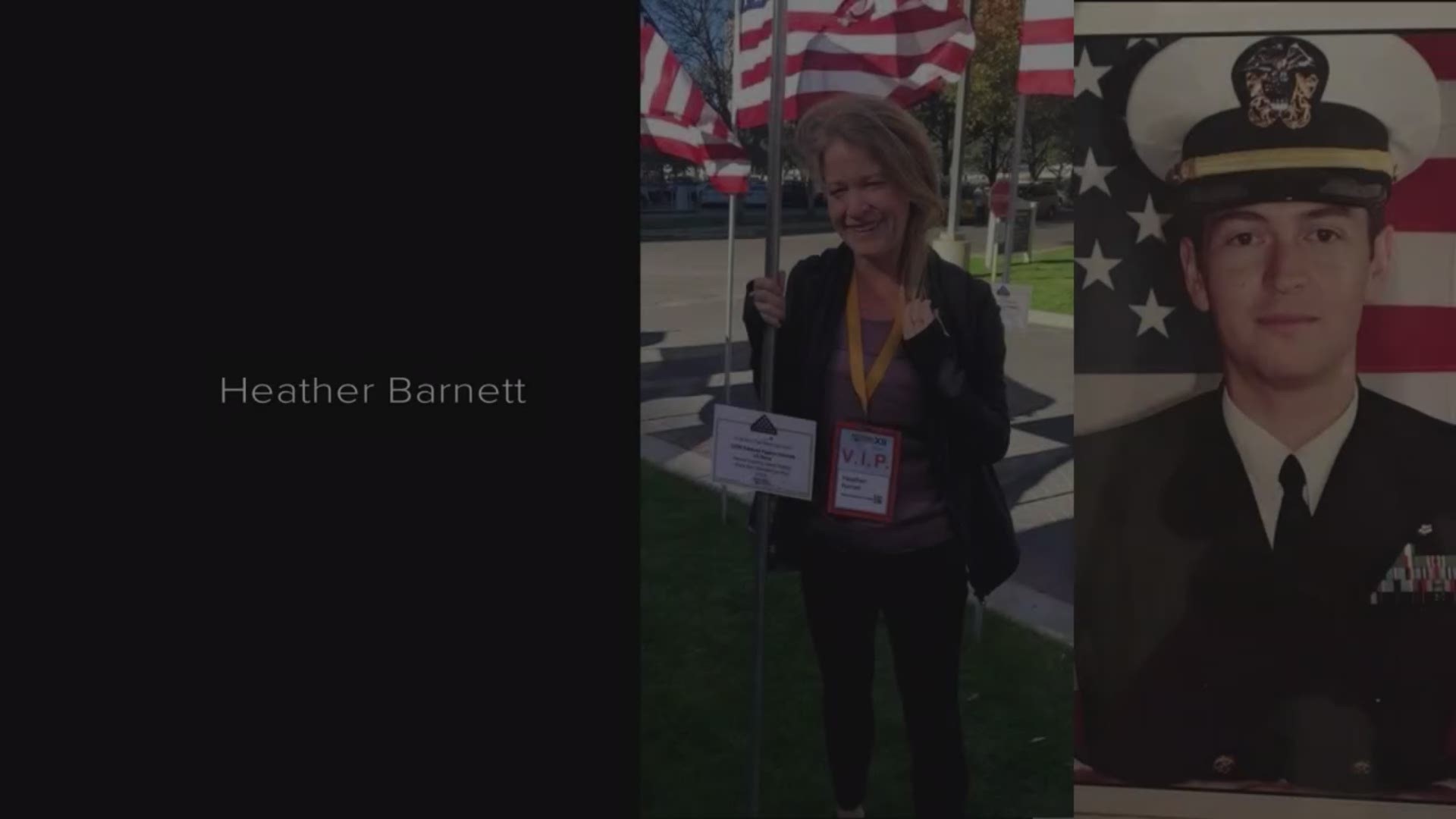