The DOJ says an individual who matched with Robert Chapman on the Bumble dating app turned him in to the FBI. 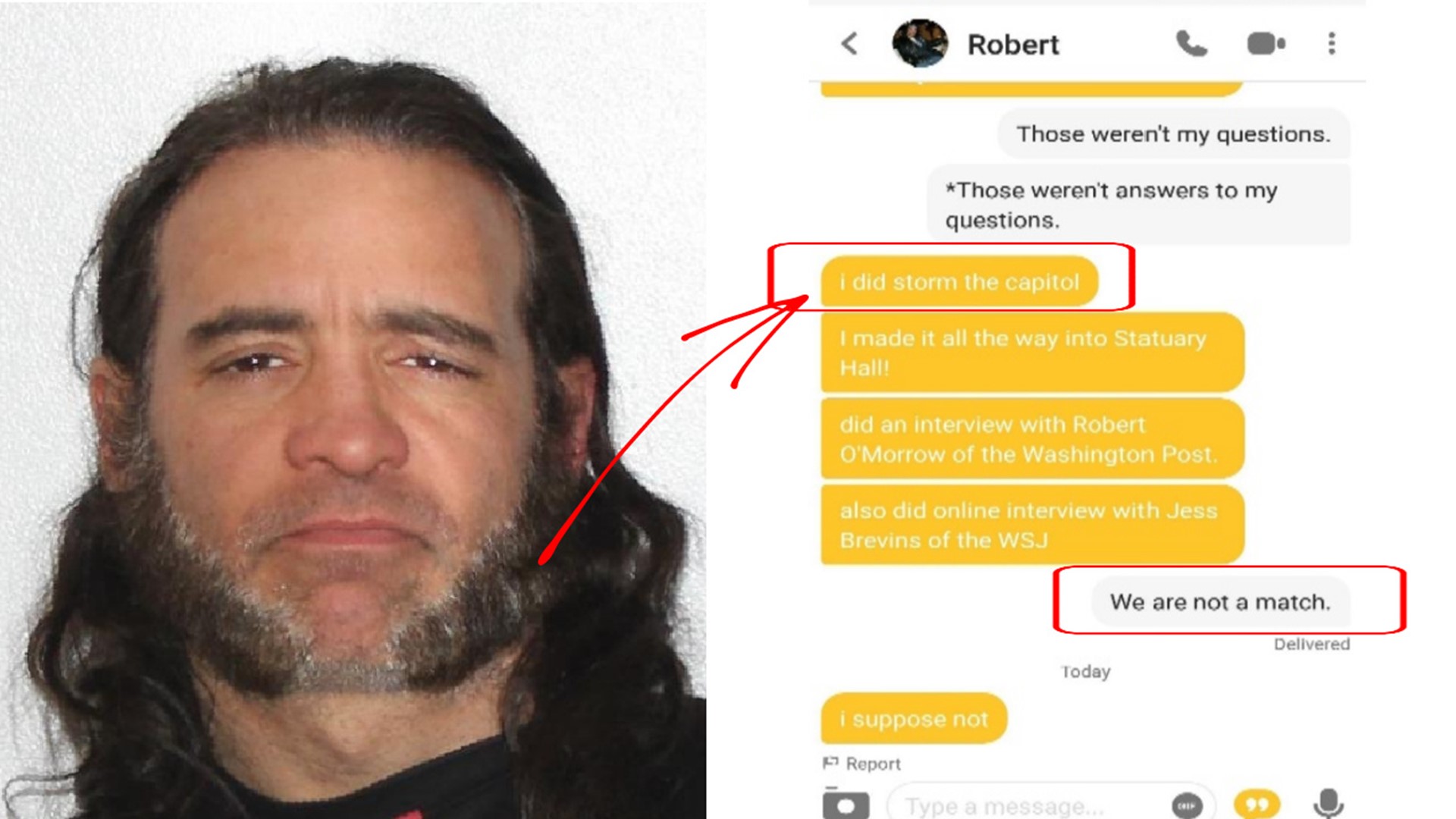 WASHINGTON — A New York man who boasted online about storming the U.S. Capitol on January 6 was turned in by a tip from a match on the Bumble dating app, the Justice Department says.

According to a statement of facts filed in federal court Thursday, the FBI received a tip about Chapman’s possible involvement in the Capitol riot from an individual who had matched with him on Bumble. The tipster provided screenshots of communications with Chapman in which he admitted to storming the Capitol and said he “made it all the way into Statuary Hall.”

The FBI said it was then able to match images of Chapman to body-camera footage from officers inside the Statuary Hall on January 6.

Investigators were then further able to find posts on Facebook apparently from Chapman himself, posted under the name “Robert Erick,” in which he uploaded images of himself inside the building.

Chapman appeared before a judge on Thursday and was granted pretrial release on the condition he submit to supervision and not possess any firearms or other weapons.

#CapitolRiot: The FBI was then able to take a mugshot of him from a previous arrest and match them to body-camera footage from the riot, as well as posts on his own social media page appearing to show him posing in Statuary Hall on January 6. pic.twitter.com/4EVCqP1TSK