Julian Khater says his family is wiling to put up $1.5M in collateral to get him out of the D.C. Jail while he awaits trial. 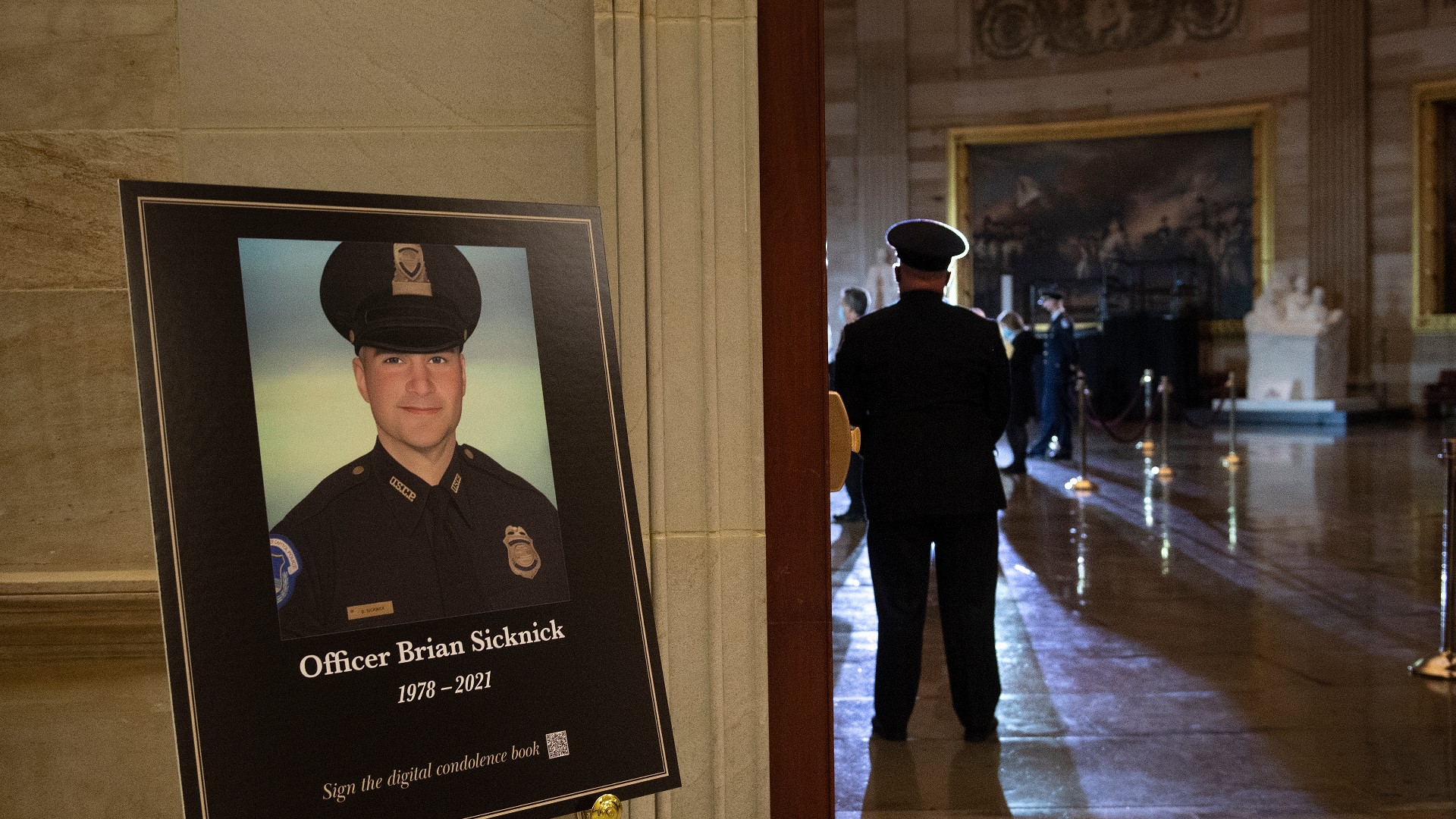 WASHINGTON — Julian Khater, a Capitol riot defendant accused of assaulting police with bear spray on January 6, filed a new proposal for his release this week: a $15 million bond secured by collateral from 16 family members.

The 32-year-old Pennsylvania resident was indicted in March along with co-defendant George Tanios, of West Virginia, on 10 counts, including assaulting a federal officer with a dangerous weapon and obstruction of an official proceeding – both of which carry a maximum penalty of 20 years in prison.

Khater and Tanios are among the dozens of Capitol riot defendants currently being held at the D.C. Jail while they await trial.

On Tuesday, Khater’s attorney, Chad Seigel, filed a memorandum asking a judge to reconsider his client’s release. He said more than a dozen members of Khater’s family were willing to put up collateral – including five New Jersey properties – to back a $15 million bond for his release.

“Just as Mr. Khater is loyal to his family members, so too are they to him,” Seigel wrote. “That is why 16 of them are prepared to sign their names to an incredibly high bond $15 million bond, putting their lives on the line for him.”

The majority of Capitol riot defendants who have been released so far have been let out on unsecured bonds – even members of alleged extremist groups and defendants like Federico Klein, who a judge said showed a “demonstrated willingness to use force.”

In 2019, multi-millionaire TV mogul Harvey Weinstein, facing allegations of sexual assault from dozens of women, was released from jail on a $1 million bond. That was later increased to $5 million when a judge determined he’d been improperly using his ankle monitor. Khater’s proposed bond would be three times larger than Weinstein’s revised amount.

The proposal is "highly unusual," according to former federal prosecutor Neama Rahmani, and also a long-shot effort at best.

"It's unlikely to be granted. Unlike state court where judges can oftentimes consider these very high seven- and eight-figure bonds and you can arguably buy your way out of jail... that's just not going to fly in federal court," Rahmani said. "Especially here where the basis for detention is danger to the community, no amount of money is going to mitigate against that risk to the public."

Seigel’s memorandum was accompanied by statements from more than a dozen friends, former coworkers and family members testifying to Khater’s character and to his close family ties. His mother, Eleanor Fox, said Khater’s grandfather is Dr. Robin Fox, who founded the anthropology department at Rutgers University. His aunt, the author and social anthropologist Kate Fox, wrote that her nephew is a “kind, considerate and serious person.”

“To my knowledge, he has never previously engaged in violence of any kind at all,” Fox wrote. “Quite the opposite: even as a child and teenager, he was remarkably gentle and thoughtful – a peacekeeper and mediator, not a fighter.”

The FBI says this image from a police body camera shows Julian Elie Khater holding up a can of bear spray during the #CapitolRiot. Khater and his co-defendant George Tanios are accused of assaulting three officers, including Officer Brian Sicknick. pic.twitter.com/8AhMv5RHjW

Federal prosecutors have painted a different picture of Khater and his codefendant Tanios, saying in court filings the pair worked together to assault officers with bear spray during the Capitol riot. The Justice Department says it has video showing Khater asking Tanios to “give me that bear s*it” and then approaching the police perimeter with a canister and aiming it in officers’ direction while moving his arm from side to side.

In an affidavit, the DOJ says three officers near Khater – including Officer Brian Sicknick, who later collapsed and died the following day – were struck by bear spray and had to retreat to find water. Earlier this week, the D.C. chief medical examiner ruled exposure to bear spray played no role in Sicknick’s death.

An attorney for Tanios also filed a motion seeking her client’s release on Tuesday – proposing a package of restrictions to include home detention, 24-hour monitoring by video surveillance and a ban on using smart phones and social media.

Khater’s attorney, Seigel, declined to comment on the pending motion in the case. As of Thursday afternoon, presiding Judge Thomas F. Hogan had not set a hearing on the matter.