The Justice Department revealed the new communications in its latest motions opposing the release of Donovan Crowl and Jessica Watkins. 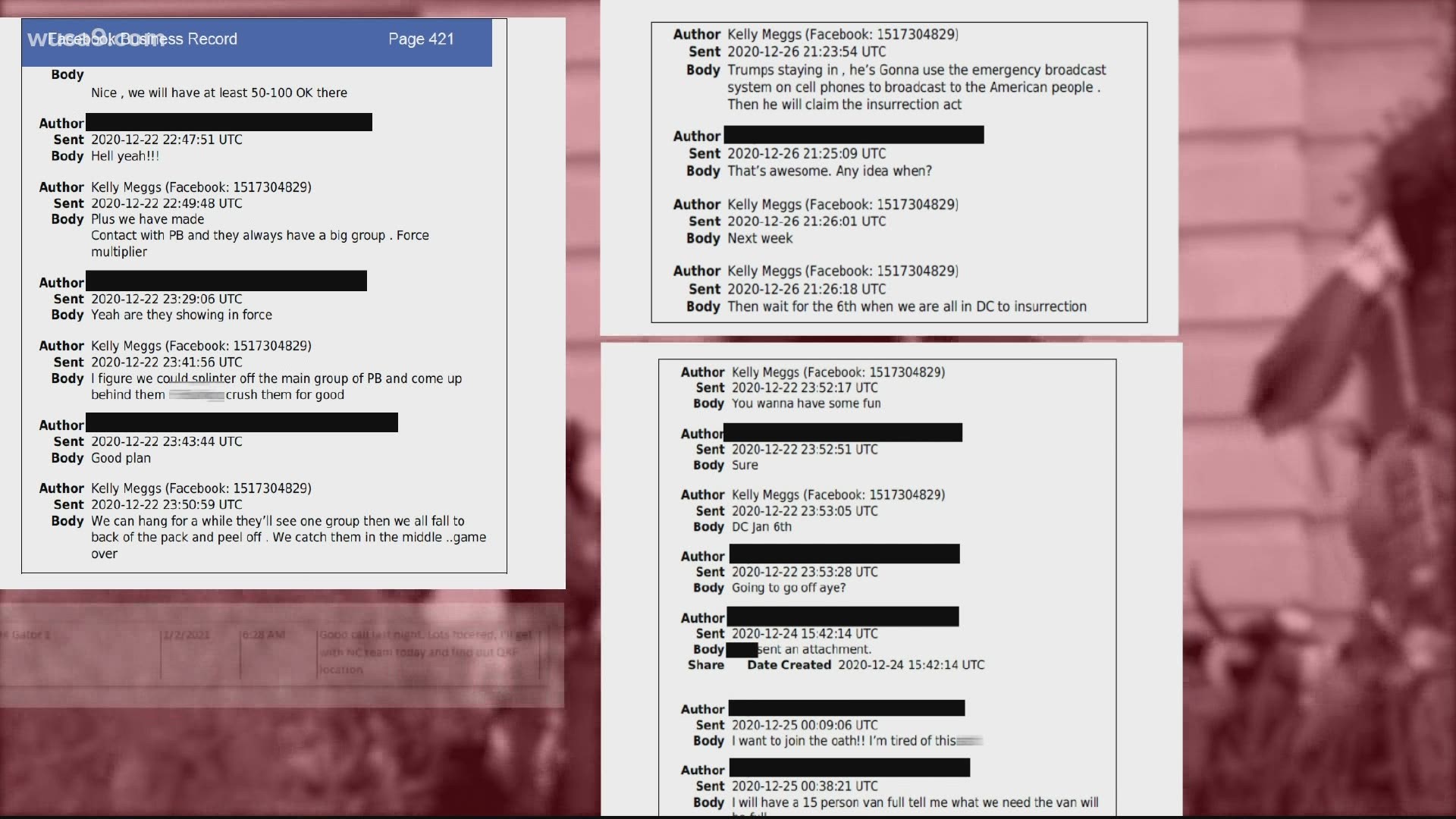 WASHINGTON — In the days following the January 6 Capitol riot, the Justice Department says several Oath Keepers discussed plans to continue efforts to resist the peaceful transition of power – including the possibility of building fighting tunnels similar to ones used by the North Vietnamese Army.

Federal prosecutors filed motions Wednesday evening opposing new efforts by two Oath Keepers, Donovan Crowl and Jessica Watkins, to be released from custody while they await trial. Both are part of a nine-person indictment alleging an Oath Keepers conspiracy to disrupt the certification of Electoral College votes on January 6.

In opposition to Watkins’ release, the DOJ said the Ohio militia leader has shown a “singular-minded focus on ensuring that what happened on January 6th would be disrupted and that Congress would not be able to peacefully transition power…” In previous filings, investigators have said Watkins helped organize a “quick reaction force” of Oath Keepers with weapons stationed outside of D.C., and also that she recruited people, including Crowl, to join the Oath Keepers’ activities on January 6.

Crowl, an Ohio militia member who the FBI alleges was “vetted” into the Oath Keepers by founder Stewart Rhodes prior to January 6, was also involved in those discussions about armed backup, the DOJ says, including discussions about transporting guns across state lines and night “hunting” – referring to members of Antifa.

In newly released communications, the Justice Department also says Crowl and Watkins messaged each other the day after the riot about the possibility of a “bugout” plan.

“Something like 20+ Oathkeepers [sic] going to Kentucky mountains on hundreds of acres apparently,” Watkins, identified as “Jolly Roger” in the message, allegedly wrote. “Solar power, clean mountain spring, the whole 9.”

“Gives us the high ground, and makes tunneling out fighting positions great (above water line),” another message reads. “Be like the NVA and network tunnels.”

#CapitolRiot: In new filings yesterday opposing their release, the Justice Department says #OathKeepers Donovan Crowl and Jessica Watkins discussed digging in to a location in KY to resist the Biden administration, including the possibility of Vietnam-esque fighting tunnels. pic.twitter.com/ZQWAWe8kzd

“NVA” is an abbreviation used for the North Vietnamese Army during the Vietnam War.

Judges have so far granted most DOJ requests to keep alleged militia members jailed in connection with the Capitol riot, although earlier this month one of Crowl’s and Watkins’ co-defendants, Thomas Caldwell, was allowed to be released due to health concerns.

In an unrelated filing on Wednesday, the Justice Department alleged another of the pair’s co-defendants, Kelly Meggs, bragged about forming an “alliance” between the Oath Keepers, the 3%ers militia group and the Proud Boys in the days prior to the Capitol riot.

As of Thursday afternoon, no hearings had been scheduled for either defendants’ latest motion.