An attorney for Caldwell says his client is confined to a wheelchair now because he has been unable to get orthopedic treatment in jail. 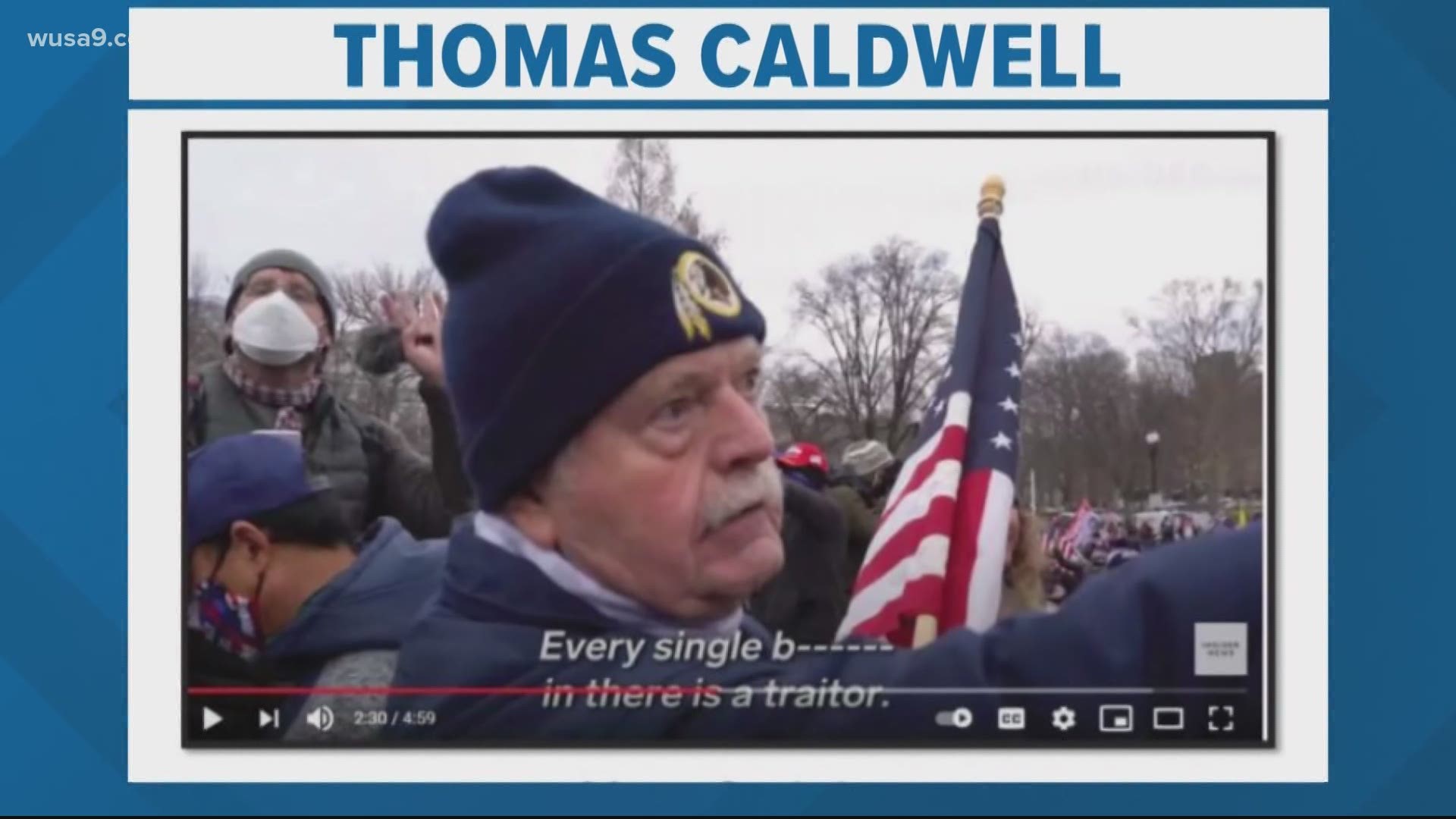 WASHINGTON — A Virginia man alleged to have helped organize the Oath Keeper presence at the Capitol riot in January will be released from federal custody due to his deteriorating health, a judge ruled Friday.

Thomas Caldwell, who other militia members call “Commander Tom,” according to the FBI, was ordered released on bond Friday due to health concerns and the government’s failure to provide “direct evidence” that he entered the Capitol Building with other Oath Keepers.

Caldwell, 65, of Clarke County, Virginia, was taken into custody in January on charges of conspiracy, destruction of government property, obstruction of an official proceeding, violent entry or disorderly conduct and entering a restricted building. He is one of at least nine alleged members of the Oath Keepers now indicted in a growing conspiracy case connected to the Capitol riot.

The FBI has said it obtained communications showing Caldwell coordinating with co-defendant Jessica Watkins and others to plan Oath Keeper travel to D.C. before January 6 and presence at the Capitol on the day of the “Stop the Steal” rally.

RELATED | 'This is our call to action!' | Court documents accuse 3 'Oath Keepers' of conspiring to attack the Capitol

Caldwell’s attorney has claimed he is a 100% disabled veteran who worked as a contractor for the Drug Enforcement Administration, U.S. Coast Guard and the U.S. Army Personnel Command after retiring from the U.S. Navy.

In a motion filed Wednesday, Caldwell’s attorney said the government had failed to provide any “smoking gun” evidence that he had actually entered the Capitol Building, and also that communications by Caldwell in which he discussed “hanging the traitors” were just “off-color jokes.”

In another example of Trumpian rhetoric being normalized on the right, an attorney for #OathKeeper Thomas Caldwell – who was ordered released on bond today – says his client's comments about "hanging the traitors" were just "locker room talk." pic.twitter.com/p9FcHkMXJe

“Caldwell’s ‘locker room’ talk and male bravado, however, was not intended for public consumption, was likely done under the influence of prescription painkillers, and didn’t result in him committing one act of violence – on January 6th or before,” Caldwell’s attorney wrote.

Caldwell's attorney also said his client is now confined to a wheelchair and suffering from debilitating back pain because he's been unable to receive orthopedic treatment while in custody.

On Friday, a federal judge ruled that Caldwell, who has been held at the Central Virginia Regional Correctional Facility in Orange, since his arrest, will be released on bond. He will be restricted to home confinement and electronic monitoring at his residence near Berryville, Virginia, and is not to access the internet or email.