Maryland man who livestreamed his participation in the Capitol riots arrested

In multiple videos streamed on Facebook, Andrew Bennett, of Columbia, Maryland, is seen wearing a baseball hat with a “Proud Boys” motto on it. 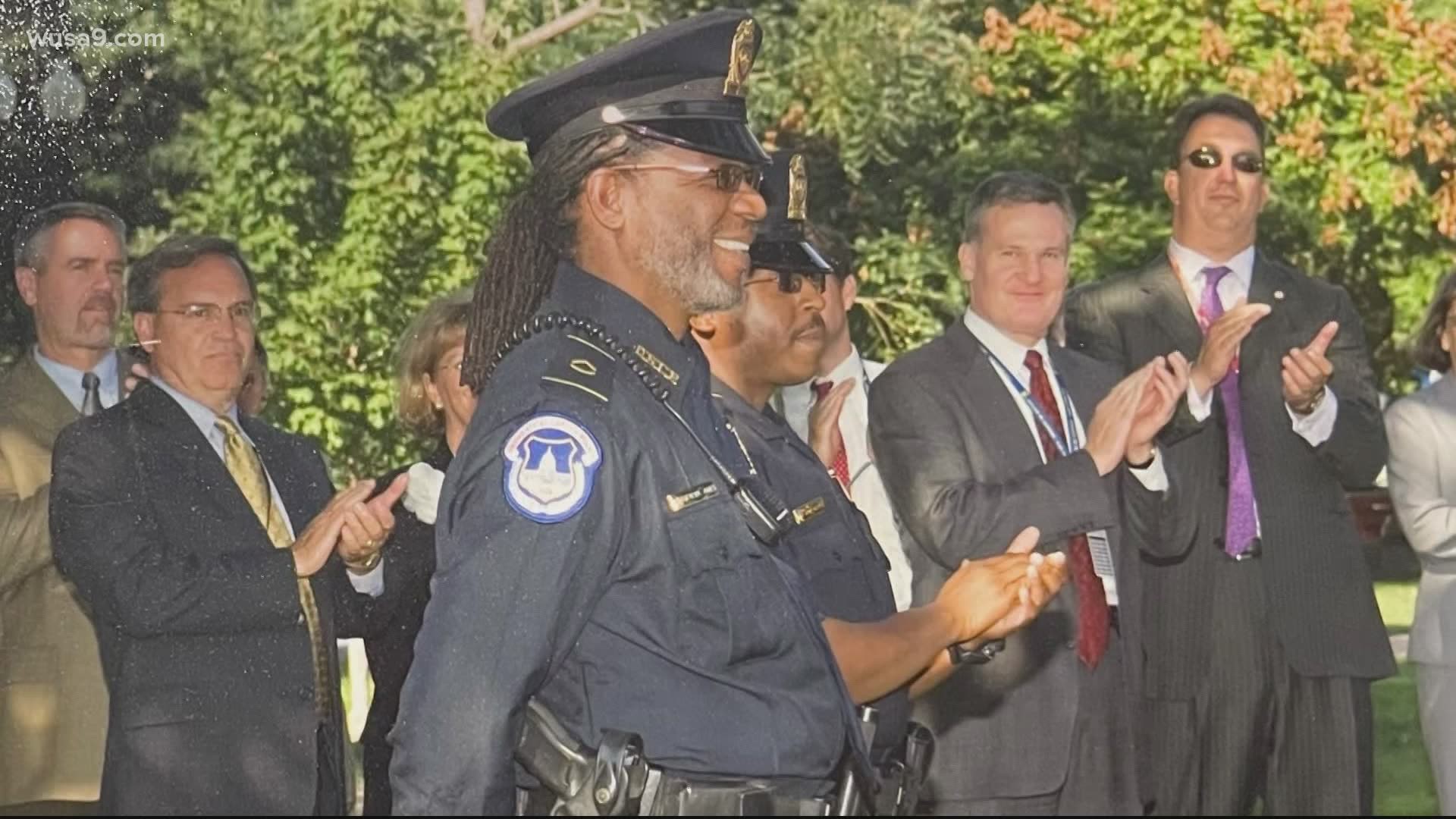 WASHINGTON — A Maryland man who livestreamed multiple videos showing himself inside the U.S. Capitol during the Jan. 6 riots has been arrested and charged by the FBI.

In an affidavit filed in the U.S. District Court for the District of Columbia last week, federal investigators say they were sent a tip around 9 p.m. on Jan. 6 alerting them to four videos that Bennett had livestreamed on his Facebook page earlier that day. The first video is shot outside the Capitol, beginning at 1 p.m., while the other three show footage inside the building, at 2:17 p.m., 2:37 p.m. and 2:42 p.m.

Bennett is seen in the videos wearing a baseball hat with a “Proud Boys” motto on it. He can be heard in the videos asking anyone watching to post his streams to discord. At times the videos present conflicting evidence, as Bennett shouts "no destruction" in one video, but joins in with crowd chants of "break it down" in other videos. Court documents indicate that Bennett may have been nearby streaming when a woman was shot and killed by U.S. Capitol Police.

"Based on my knowledge of the investigation and the events at the Capitol building, I believe the 'break it down' chant was in relation to a door located in the Speaker’s Lobby that was barricaded by USCP and where a woman was later shot," the affidavit says. "A gunshot can be heard at approximately the 2:42 minute mark of Live Video 4."

Investigators said that Bennett had previously posted or shared conspiracy theories on his Facebook page.

"You better be ready chaos is coming and I will be in DC on 1/6/2021 fighting for my freedom!" Bennett posted on Jan. 4. "#FIGHTBACK for Lin Wood and his family!"

A search warrant was executed on Bennett's house on Jan. 11. The affidavit says that Bennett admitted to federal agents during an interview that he was inside the Capitol on Jan. 6 and even called it "wrong."

"During the execution of the search warrant, agents interviewed Bennett and he stated that he had traveled alone to Washington, D.C. on January 6, 2021, arriving around 6:00am and later entered into the U.S. Capitol building with a crowd," the affidavit said. "Bennett told agents that he knew it was wrong to do so."

The "Proud Boys" hat Bennett was seen wearing in the videos was also recovered during the search. 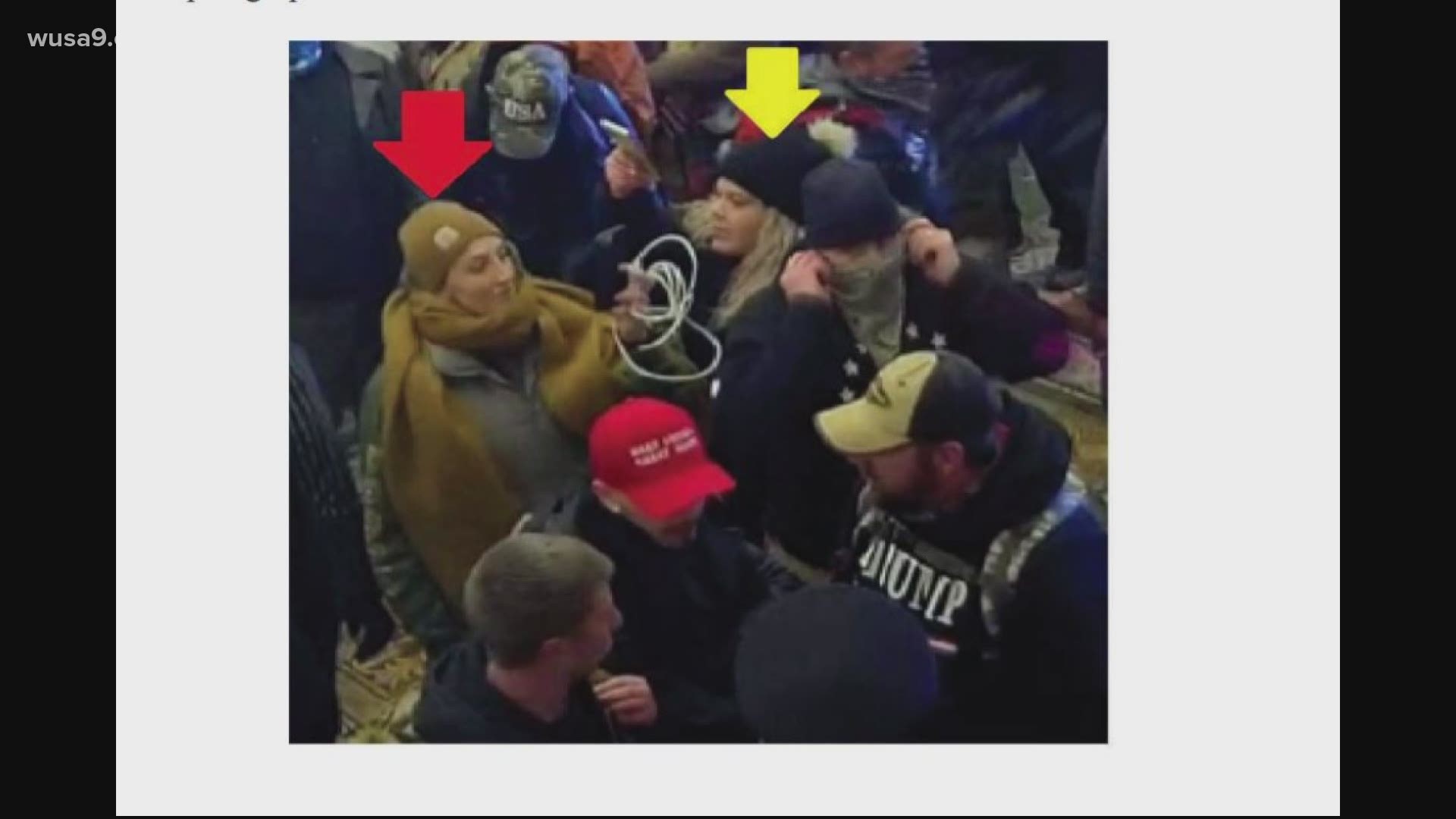 1 / 11
FBI
Anyone with information regarding these individuals, or anyone who witnessed any unlawful violent actions at the Capitol or near the area, is asked to contact the FBI's Toll-Free Tipline at 1-800-CALL-FBI (1-800-225-5324) to verbally report tips