Michael Joseph Foy, of Westland, Michigan, is accused of attacking law enforcement with a hockey stick during the Capitol riot. 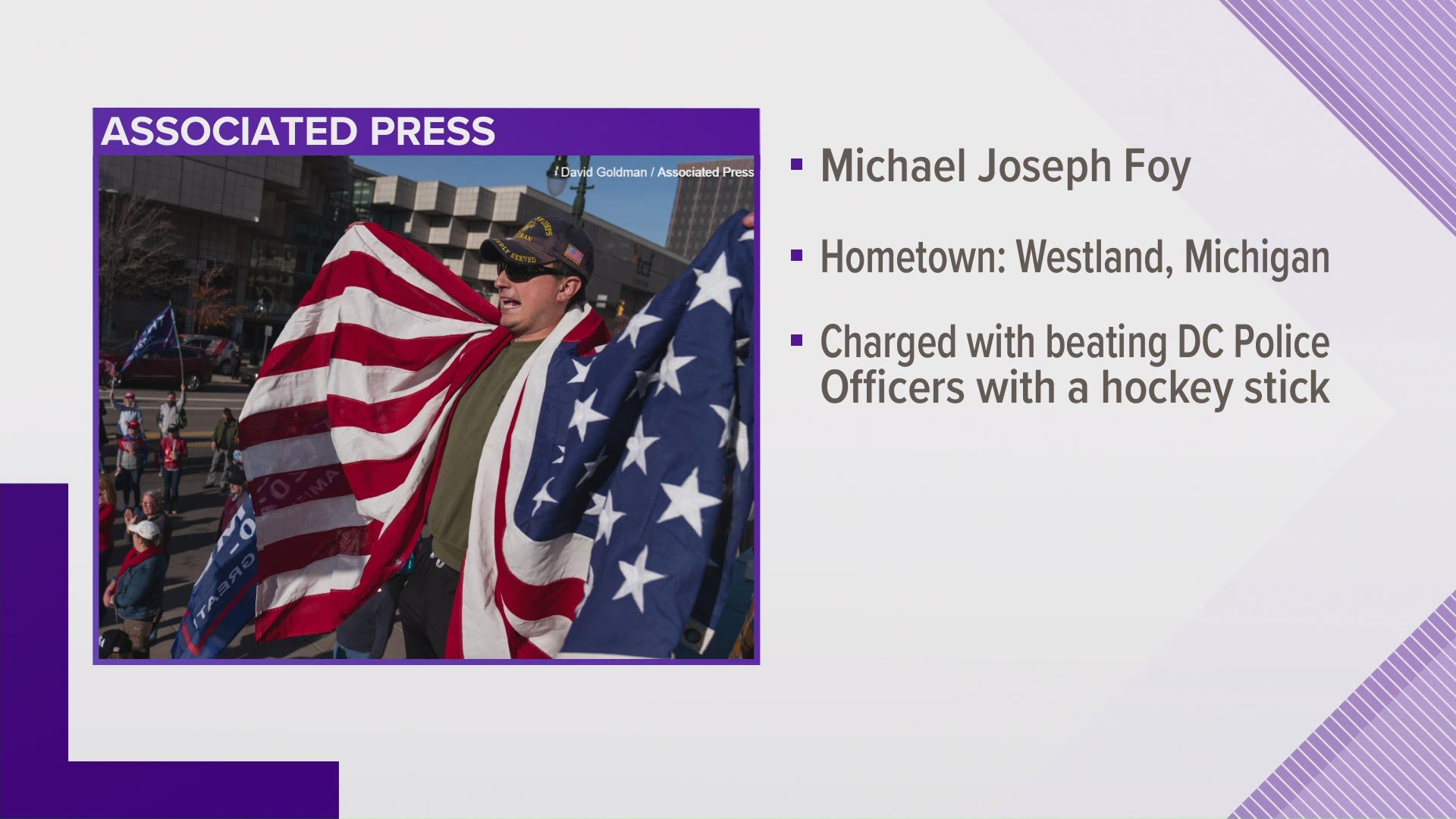 WASHINGTON — A Michigan man accused of assaulting police officers with a hockey stick during the Capitol riot was taken into custody Thursday.

In a probable cause affidavit filed in the U.S. District Court for the District of Columbia, federal prosecutors say Michael Joseph Foy, of Westland, Michigan was captured on video using a hockey stick to strike DC Police officers who were trying to protect a Capitol Police officer who had been knocked down and dragged into a crowd of rioters.

According to the affidavit, Foy continued attacking the officers with the hockey stick for 16 seconds, until he was knocked down himself by another rioter. He allegedly then got back up and pointed to the Capitol building and said, “Let’s go.” Investigators said they identified footage of him 10 minutes later crawling through a broken window into the Capitol Building.

Investigators reportedly also found other footage of Foy assaulting a law enforcement officer on the ground. The footage, investigators said, shows Foy “lifting the stick above his head and swinging it down rapidly, striking an individual on the ground several times.”

The FBI was first tipped off to Foy’s alleged involvement in the Capitol riot through a tweet that provided an image of a male carrying a hockey stick and identified him as possibly involved in an assault on an officer.

Investigators were then able to identify Foy through other photographs and videos from the Capitol riot, as well as photographs on social media and in newspaper stories of him participating in a November 10 pro-Trump rally in Detroit.

The FBI says it was able to identify Foy in part because of his past public participation in pro-Trump rallies, like this one in Detroit on Nov. 10. pic.twitter.com/IGJHjY8tte