WUSA9 spoke with seven local lawmakers about the significance of the event and how we move forward during difficult times. 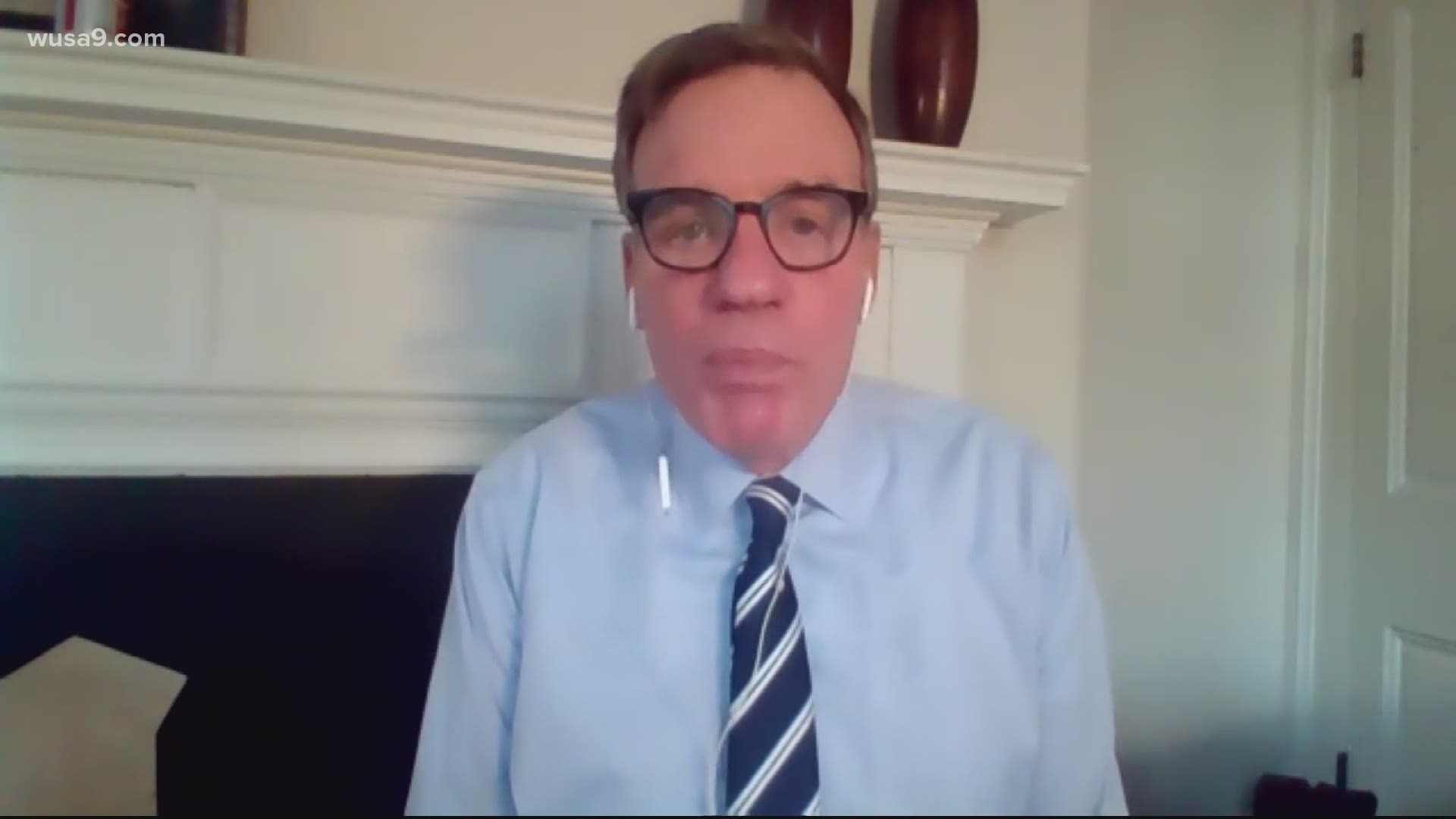 WASHINGTON — At a turbulent time in politics, President Joe Biden's message of unity hit home for many of our local elected officials.

“It was very emotional, very exciting,” Maryland Sen. Ben Cardin said. “Clearly, just two weeks from when the Capitol itself was attacked by insurrectionists, we were at the same location that the rioters were at recognizing that democracy won.”

The juxtaposition of the events on Jan. 6 and Jan. 20 were at the forefront of conversation on Inauguration Day.

“I saw huge American flags hanging from the big columns and windows of the west front of the Capitol and I was recalling the other scene two weeks ago that was so violent,” Virginia Rep. Gerry Connolly said. “I thought, you know, we've recovered.”

For others, it was impossible to reflect on the future without also looking to the past.

“This is a unique inauguration brought on by a man the likes of whom I think we will not see again in the future," D.C. Del. Eleanor Holmes Norton said. "I say that because the Democrats did win the House, the Senate and the presidency. I think that sends you a message.”

We're making sure you hear from your local elected officials about today's Inauguration Day. Virginia Sen. @MarkWarner says he never thought he'd see an Inauguration that looks like this. Here's some of our conversation @wusa9 https://t.co/KVF8Db25CE

WUSA9 asked how Congress will work to hold President Biden accountable to the promises he has made.

“He'll be held accountable by his actions or lack of actions and if he's able to move the Senate to work with the House, there's no limit to what we can get accomplished,” Maryland Rep. David Trone answered.

But what can they get accomplished with an impeachment trial hanging over the ability to tackle the problems of a divided nation?

“I have a strong preference upon we should be focusing on COVID relief,” Virginia Sen. Tim Kaine said. "They’re going to figure out the timing of it. Is it going to be immediate? Is it going to be down the road?... …If and when there’s an impeachment trial in the Senate, I’ll be weighing the evidence, but weighing it as a witness, as a firsthand witness to it, and we all were firsthand witnesses to it, but that certainly is not where my focus is right now.”

Those WUSA9 talked to said they hope this is a turning point. Now, they're thinking about how to work with the new president to move the country forward at such a divided time.

“Each of us has to make a commitment to try to forge agreement that moves our country forward," Maryland Sen. Chris Van Hollen added.

I've spent much of the day talking with those who represent the DMV in Congress about #Inauguration2021 and how to move forward. Here's some of my conversation with Sen. @BenCardinforMD @wusa9 https://t.co/z0TE6N2nN5

There aren’t many Republicans representing the DMV region in Congress right now, but WUSA9 did reach out to several to try to get that side of the story for you. Virginia Rep. Rob Wittman declined to comment and several others never responded to interview requests.

In the meantime, Del. Norton is hoping Democratic leadership means D.C. statehood could become a reality and within the first hundred days.

“This is a bill that could easily pass and it would allow the president to send a message about democracy that cannot be sent in any other way," she said. "Democracy in our own country, democracy for our nation's capital." 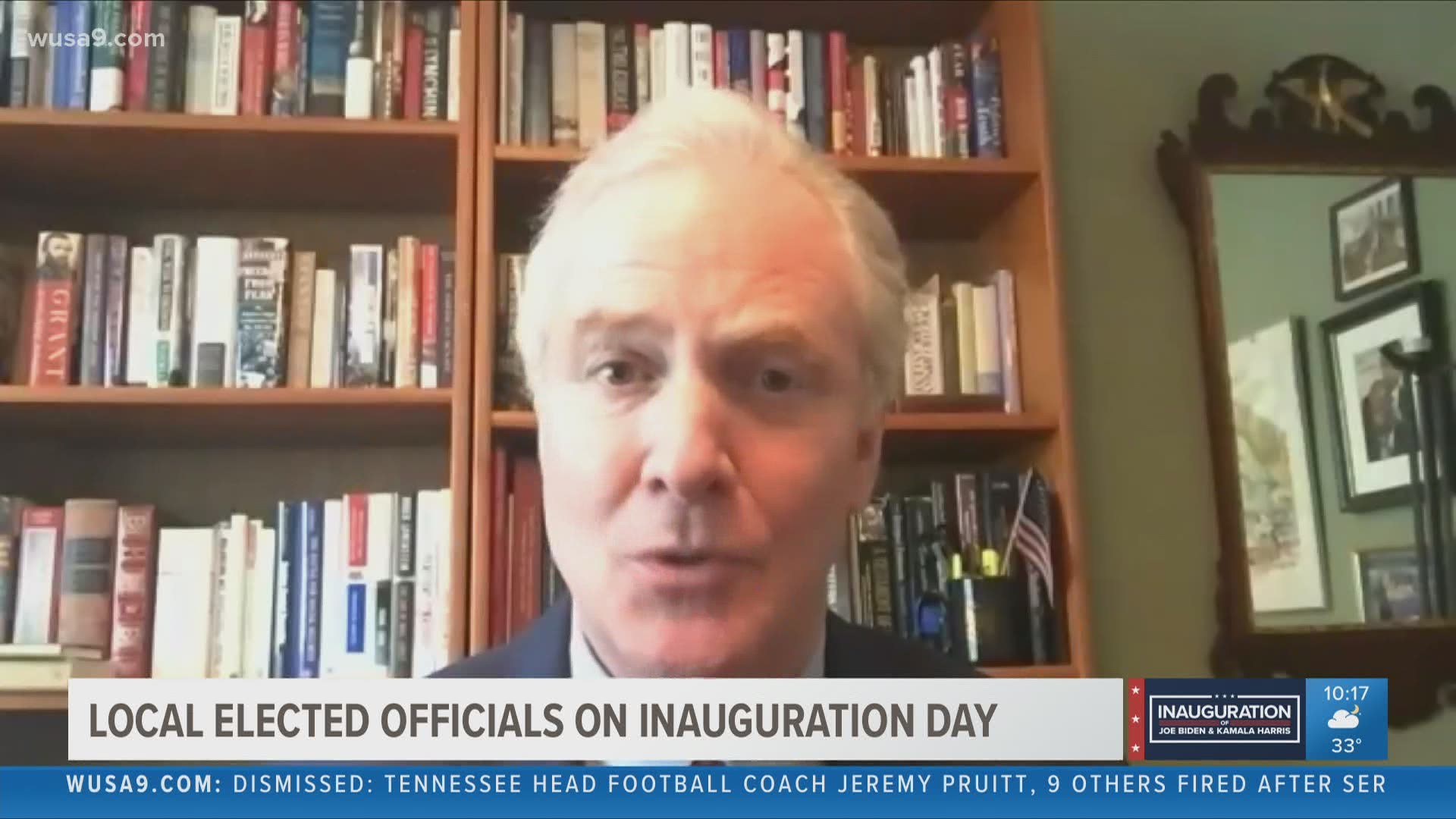 RELATED: READ: Full text of 'The Hill We Climb' from Amanda Gorman, the inaugural poet