Councilmember Jon Russell says his description was a "term of endearment," but said the attackers became lawbreakers once inside the Capitol. 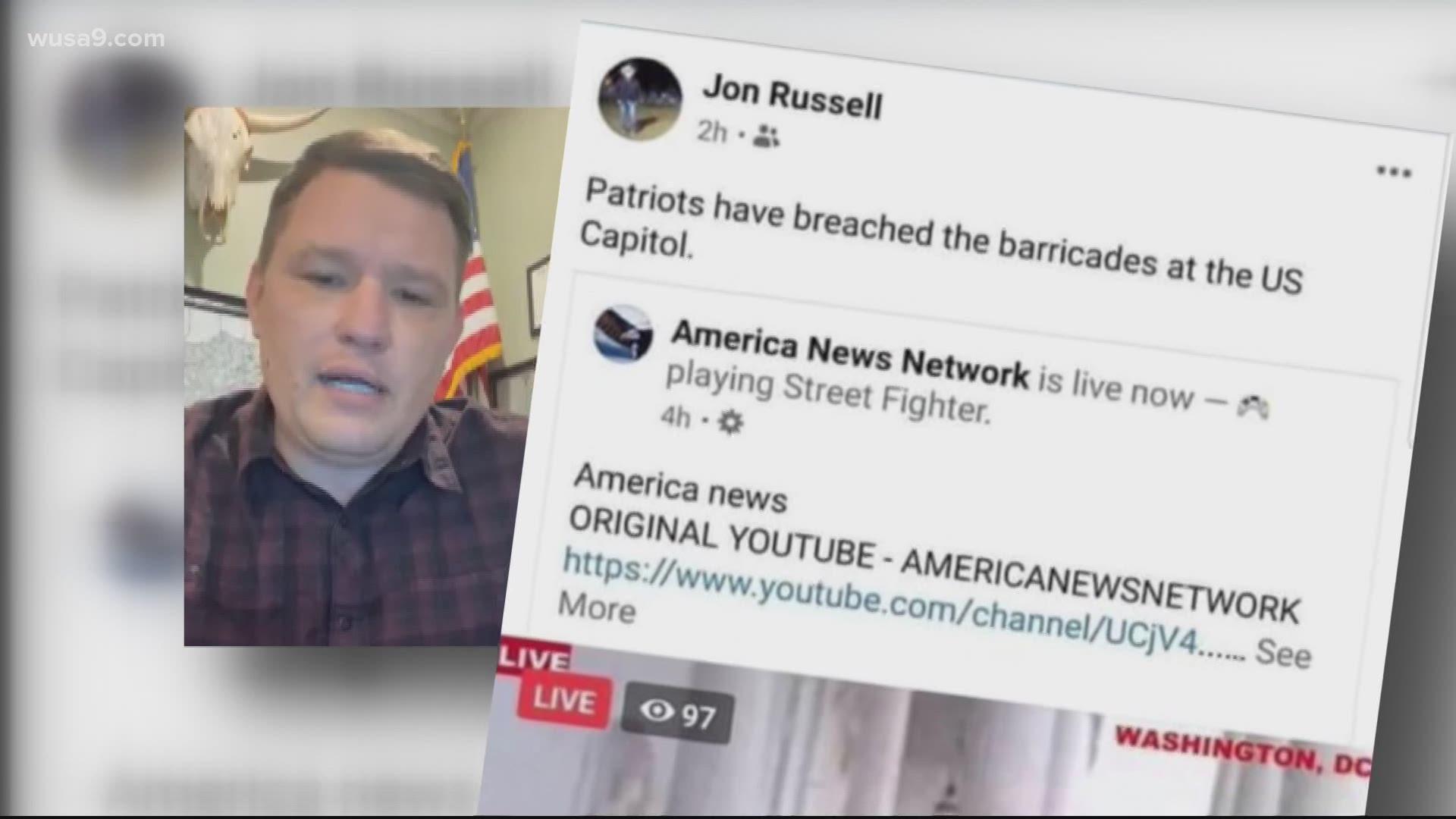 CULPEPER, Va. — A chorus of people on social media in Culpeper, Virginia are calling for the resignation of a town councilmember who is running for mayor.

“Patriots have breached the barricades at the U.S. Capitol," Russell posted as he shared video of the events, which he said he was monitoring online from home, more than 60 miles from the unfolding attack.

Russell defended his post and dismissed critics in an interview with WUSA9.

“Well, I think it's just symptomatic of today's politics, right?" Russell said. "The president calls his supporters 'Patriots.' Those of us who support the President call ourselves 'Patriots'.  And so, when referencing the day's activities from the rally, to call someone a 'Patriot' is just the term of endearment for those of us who are in the movement."

Russell explained there is a distinction between the "term of endearment" and people who entered and vandalized the Capitol.

“If a Patriot breached the doors of the U.S. Capitol Building, and went in illegally, they have lost their patriotic status," he said. "They are not patriots as far as I'm concerned, they're lawbreakers."

On Saturday, Russell signed on to a statement from the Culpepper Town Council, saying, “We do not condone the actions displayed at the capitol.” The statement called on the community of Culpepper to “stand together to protect our democratic ideals."

"These people are shameless!” McCrary, a retired Vietnam veteran, West Point graduate and member of the county Democratic party, exclaimed. “I think he should cancel his campaign for mayor. There was nothing patriotic about anything going on down there. They were incited to violence by the president. They were willing participants. They should all go to jail.”

Russell pointed out Culpepper is overwhelmingly "Trump country" and he is representing his constituents. He said he continues to stand by the president and he will not resign from the town council.