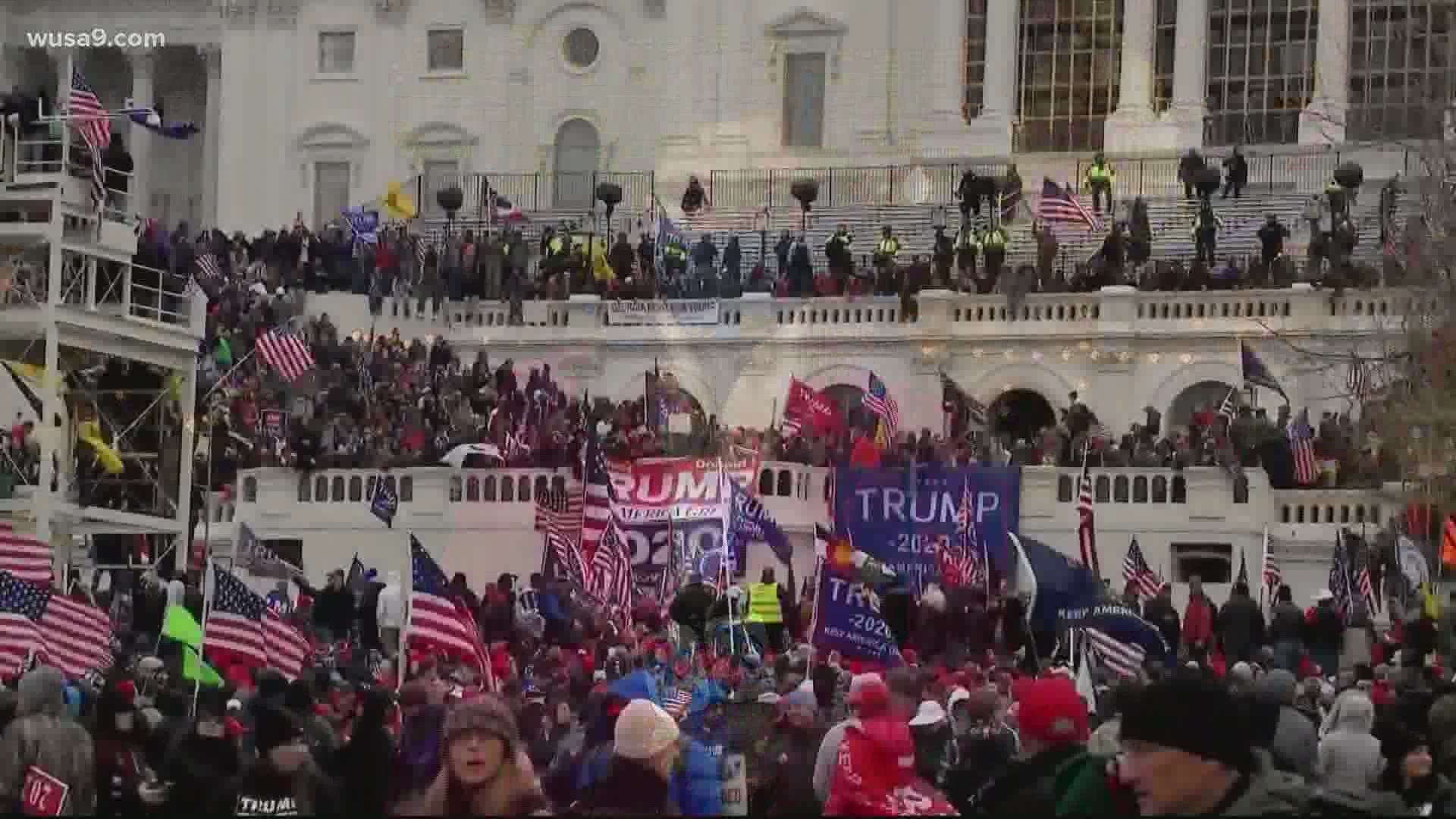 WASHINGTON — Federal prosecutors filed charges Sunday against Eric Gavelek Munchel, of Tennessee, who they say is the individual photographed carrying law enforcement-style double-cuff zip ties in the U.S. Senate Chamber during the breach of the Capitol on January 6.

In a federal affidavit unsealed Monday, prosecutors accuse Munchel of violating 18 U.S.C. § 1752(a) (Restricted Building or Grounds) and 40 U.S.C. § 5104(e)(2) (Violent Entry or Disorderly Conduct) while a member of the pro-Trump mob that pushed past Capitol Police and entered the U.S. Capitol Building during the joint session of Congress last week.

In the affidavit, prosecutors lay out a trail of evidence – from multiple photographs of him and a woman, Lia Eisenhart, who is believed to be his mother, outside the Capitol building to images of him following the breach at a D.C. hotel.

According to the affidavit, Munchel was stopped by law enforcement at the Grand Hyatt Hotel wearing clothing matching that of the individual in the Senate Chamber photograph, including a black holster. Munchel reported told police the holster contained a “Taser Pulse” and admitted that he had participated in the pro-Trump rally.

Investigators also obtained photographs of Munchel walking out of the hotel prior to the rally wearing the black baseball hat, dark clothing and Punisher chest decal worn by the individual with the zip ties in photographs.

The specific style of double-cuff zip tie Munchel is accused of carrying is made of high-strength Nylon and is used by the military and police to restrain detainees.

Per charging affidavit, this is Eric Gavelek Munchel – the man federal prosecutors accuse of being the individual photographed with #ZipTies in the Senate Chamber – posing with a shotgun and American flag in front of an image of President Trump. #insurrection #CapitolBreach pic.twitter.com/0gf1TFrmcq

According to the affidavit, within two days of the Capitol breach individuals online were beginning to identify Munchel as possibly being the individual with the zip ties, in part by referencing his Facebook page (which has since been taken down). Images on that page reportedly included Munchel wearing a similar cap and holster in downtown Nashville, and one of him holding a shotgun and American flag in front of a TV playing a speech by President Donald Trump.

At least 17 other individuals have been charged by federal prosecutors so far in connection to the Capitol breach, including Republican West Virginia State Delegate Derrick Evans, who filmed himself and other supporters of Trump storming the U.S. Capitol. Approximately 40 individuals have also been arrested and charged in D.C. Superior Court for a range of offenses in connection to the Capitol breach, including unlawful entry and firearms-related crimes.