The majority of suspects in the January 6 insurrection could wind up with court-appointed attorneys. That's how the American justice system works. 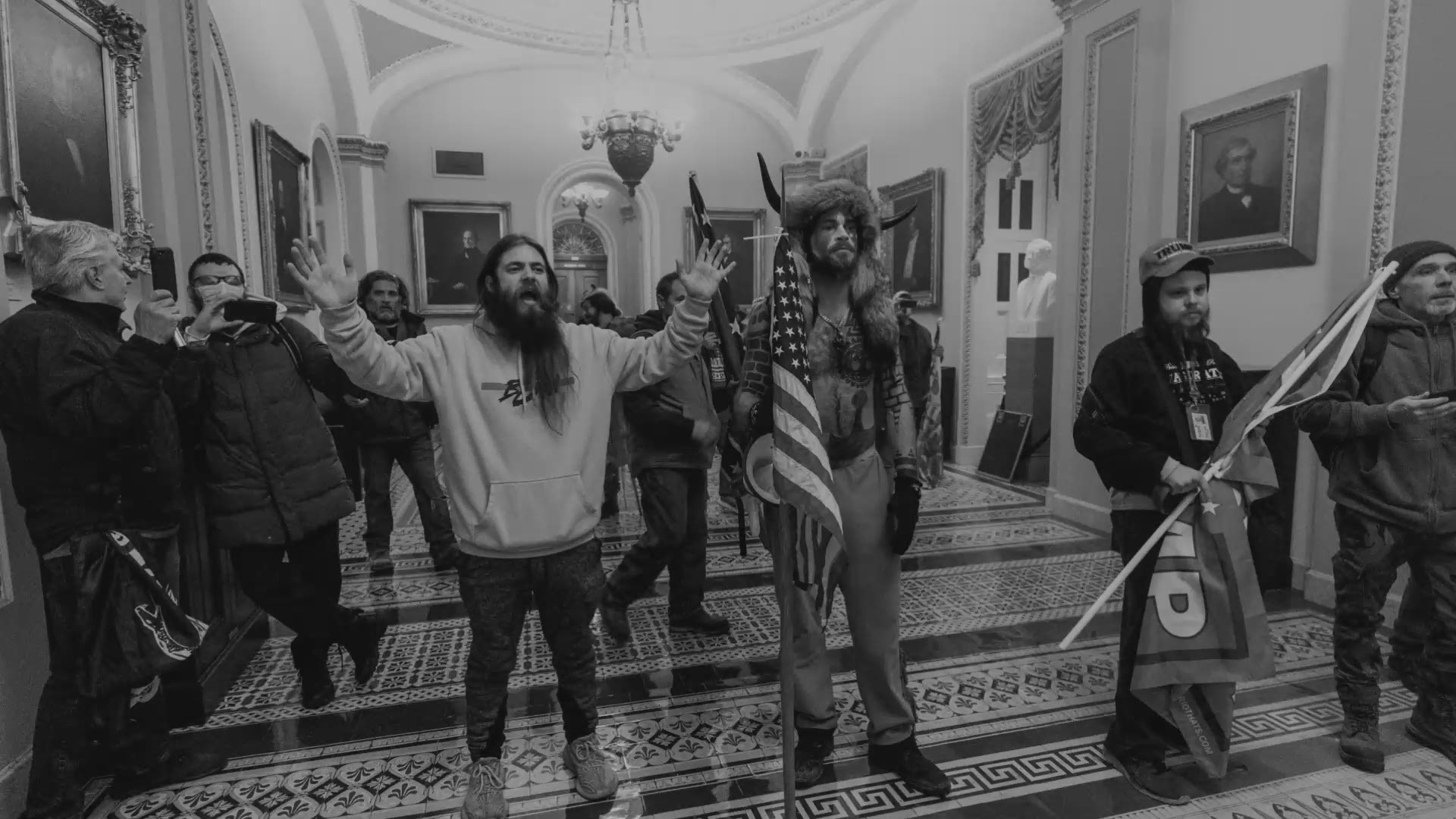 WASHINGTON — When Jessica Watkins and fellow members of the Oath Keepers militia stormed the U.S. Capitol Building – dressed in tactical gear and moving in a military "stack" formation – their aim, the FBI says, was to stop the government from conducting a peaceful transition of power.

Now, that same government will pay to defend many of them against the charges they face – with a total cost of their court cases costing millions of taxpayers dollars.

More than 200 people now face local and federal charges in connection with the Capitol riot. The charges range in severity from parading in a Capitol building, a misdemeanor with a maximum sentence of six months in prison, to assault on a federal law enforcement officer with a deadly weapon, which carries a maximum penalty of 20 years behind bars.

A WUSA9 analysis of cases currently filed in connection with the Capitol riot found more than 60 defendants who have already been granted taxpayer-funded representation either through the federal public defender's office or private counsel appointed through the Criminal Justice Act – a 1964 law passed by Congress to ensure federal defendants had adequate legal representation as guaranteed by the 6th Amendment of the U.S. Constitution.

It's a law that will now help defend people accused of assaulting the very chambers where it was passed.

"If you punch irony into Wikipedia, it should show a picture of all this going on," said Bernie Grimm.

Grimm worked for years as a federal public defender. He says in his experience, once you add in the price of all the taxpayer-funded defense attorneys to the prosecutors, investigators, jurors, judges and everything else the public will have to pay for, the total price tag for justice for the Capitol riot will be eye-popping.

"We're talking millions of dollars," Grimm said. "Millions of dollars. And it's all going to be taxpayer money. And the irony of this whole thing is the document that protestors arm themselves with to say, 'This document says I can come up here, come in the Senate chamber...' that same document is going to protect those people. Give them a right to a trial, or right to a free lawyer, or right to cross examine, call witnesses. I've never seen anything like it."

Just who will the public be paying to defend in this case? Among those we found who have public defenders so far:

The Administrative Office of the U.S. Courts says it's not uncommon for a defendant in a federal case to get a court-appointed attorney because the cost of representation can be so high. The office also says the language determining eligibility for a taxpayer-funded defense is vague, staying only that a judge should grant a request for a public defender "if the person's net financial resource and income are insufficient to obtain qualified counsel."

"I know, a lot of times the public has mixed feelings about using tax dollars to pay for public defenders or other court-appointed attorneys because they don't want to give them representation on their dime," said Glenn Ivey, a former federal prosecutor and former state's attorney for Prince George's County. "But, you know, that's the cost of having a fair justice system in the United States."

So many public defenders have been requested by and granted to defendants in the Capitol Riot, the Federal Public Defenders office is running out of staff, forcing judges to appoint court appointed counsel under the Criminal Justice Act.

CJA’s, as they are termed, are private attorney's acting as public defenders, paid using public funds.

But, not all alleged Capitol rioters who've requested a public defender have received one.

A judge denied a request for taxpayer-funded representation for Cleveland Meredith, the former Atlanta car wash owner accused of threatening to "put a bullet" in Pelosi's head.

Public representation was also denied for Andrew Wrigley, a Pennsylvania artist accused of taking selfies in the middle of the violent mob.

The Administrative Office of the U.S. Courts says it may be years until we have an exact dollar figure for the cost of the Capitol riot cases – partly because it's unclear what additional security may be needed for any eventual trials, and partly because court policy prohibits the release of financial information while a case is open because it can give away legal strategies.

Bernie Grimm, the former federal public defender, said there's something poetic about the government going through such lengths and expense to defend and protect the rights of people accused of attacking it.

"You couldn't write this story," Grimm said. "It is... from a constitutional perspective, yes, poetic is a great word for this. It is street poetry. It really is. It's amazing."