20-year-old Emanuel Jackson faces multiple charges in connection with the Jan. 6 insurrection at the Capitol, including assaulting an officer with a deadly weapon. 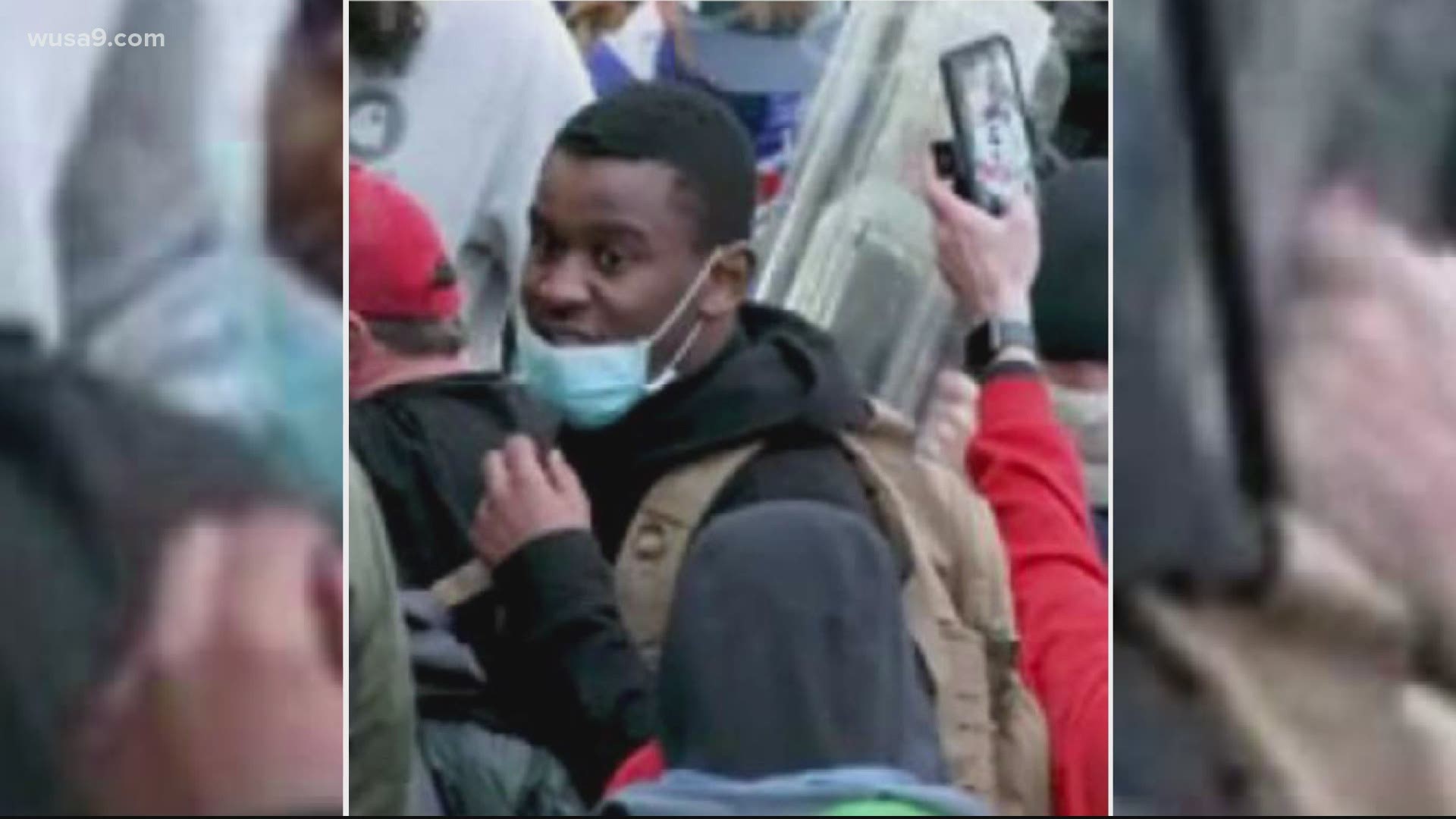 WASHINGTON — A man accused of punching and striking Capitol Police officers with a baseball bat during the Jan. 6 riot has turned himself into DC Police.

On Monday, federal prosecutors filed charges of assaulting an officer with a deadly weapon, obstruction of an official proceeding, unlawful entry and violent entry in the U.S. District Court for the District of Columbia against Emanuel Jackson.

He was ordered held without bond pending a trial at a hearing on Friday.

According to a probable cause affidavit, U.S. Capitol surveillance footage captured Jackson – wearing a black hooded sweatshirt, tan military-style backpack and blue surgical mask – repeatedly striking a Capitol Police officer with his fist while attempting to forcefully enter the building through the Senate Wing entrance.

Emanuel Jackson, accused of beating @CapitolPolice and @DCPoliceDept officers with a metal baseball bat during the #CapitolRiot, has turned himself into police. Shown below in the blue surgical mask. pic.twitter.com/zDyLjsY8JL

Investigators said they were able to further corroborate Jackson’s actions during the riot using video posted to social media.

On Monday, Jackson entered the 1st District Metropolitan Police Department station and reportedly admitted to taking part in the violent protests and identified himself in the video and photographs.

Tuesday evening, DC's Central Cell Block said Jackson had been ordered by a federal judge to be held in the DC jail and would likely be transferred that night.

More than 80 people have now been federally charged in connection to the events at the Capitol last week. They include a New Mexico county commissioner, at least two retired firefighters and a self-professed white supremacist who declared his interest in being a "lone wolf killer."

Anyone with information about the Capitol riot is asked to contact the FBI’s toll-free tip line at 1-800-CALL-FBI. Tips may also be submitted online at www.fbi.gov/USCapitol.

We're tracking all of the arrests, charges and investigations into the January 6 assault on the Capitol. Sign up for our Capitol Riot Newsletter here so that you never miss an update.