People in the Greenway Farms neighborhood in Leesburg, Virginia say they were appalled when they found out one of their own is an accused white nationalist. 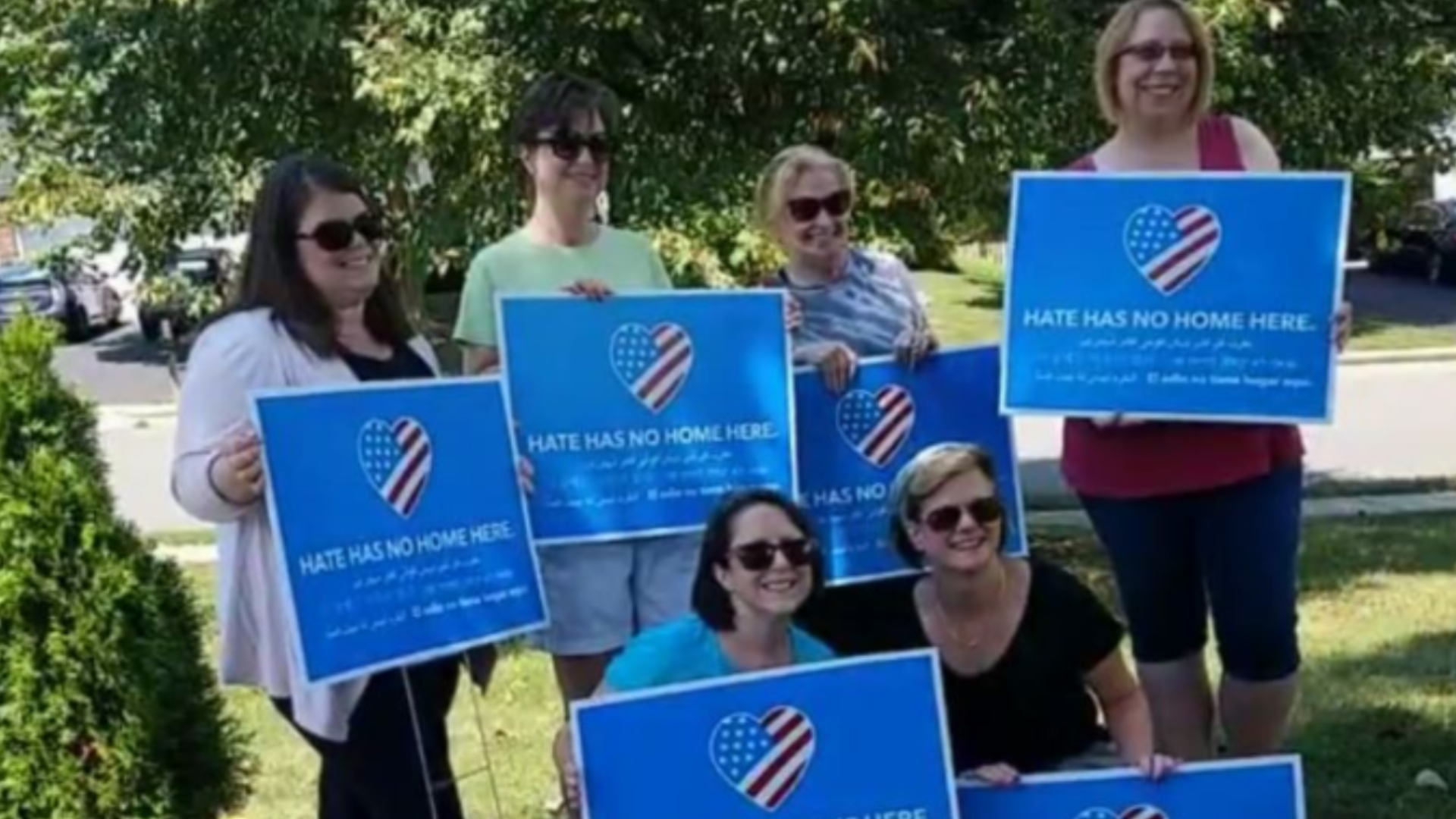 LEESBURG, Va. — In the Greenway Farms neighborhood, the signs are everywhere. They say hate has no home here."

Soon, hundreds of homes will have them.

"The response was overwhelmingly beautiful. This was something we could do to show we're a loving neighborhood," Kirsten Shabanowitz said.

Neighbors ordered hundreds of signs after a Southern Poverty Law Center article started making its way throughout the neighborhood, earlier this month.

The article featured a familiar face, their HOA President Matthew Gebert, who has since resigned. The article accused Gebert of being a white nationalist.

The civil rights group claims Gebert, a foreign affairs officer with the Energy Bureau, would use the alias Coach Finstock, to write racist comments on white nationalist forums. The center also claims Gebert would host parties at his Leesburg home for those who thought like him.

Neighbors say they had no idea that Gebert may have had any possible white nationalist ties. The Southern Poverty Law Center says Gebert is also accused of running a DC chapter of "The Right Stuff", a white nationalist organization.

For now the signs will continue to go up, as neighbors hope to show their kids there is still good in the world.