Katherine Ibarra and Kristy Eura are wanted on several counts of larceny and other crimes. 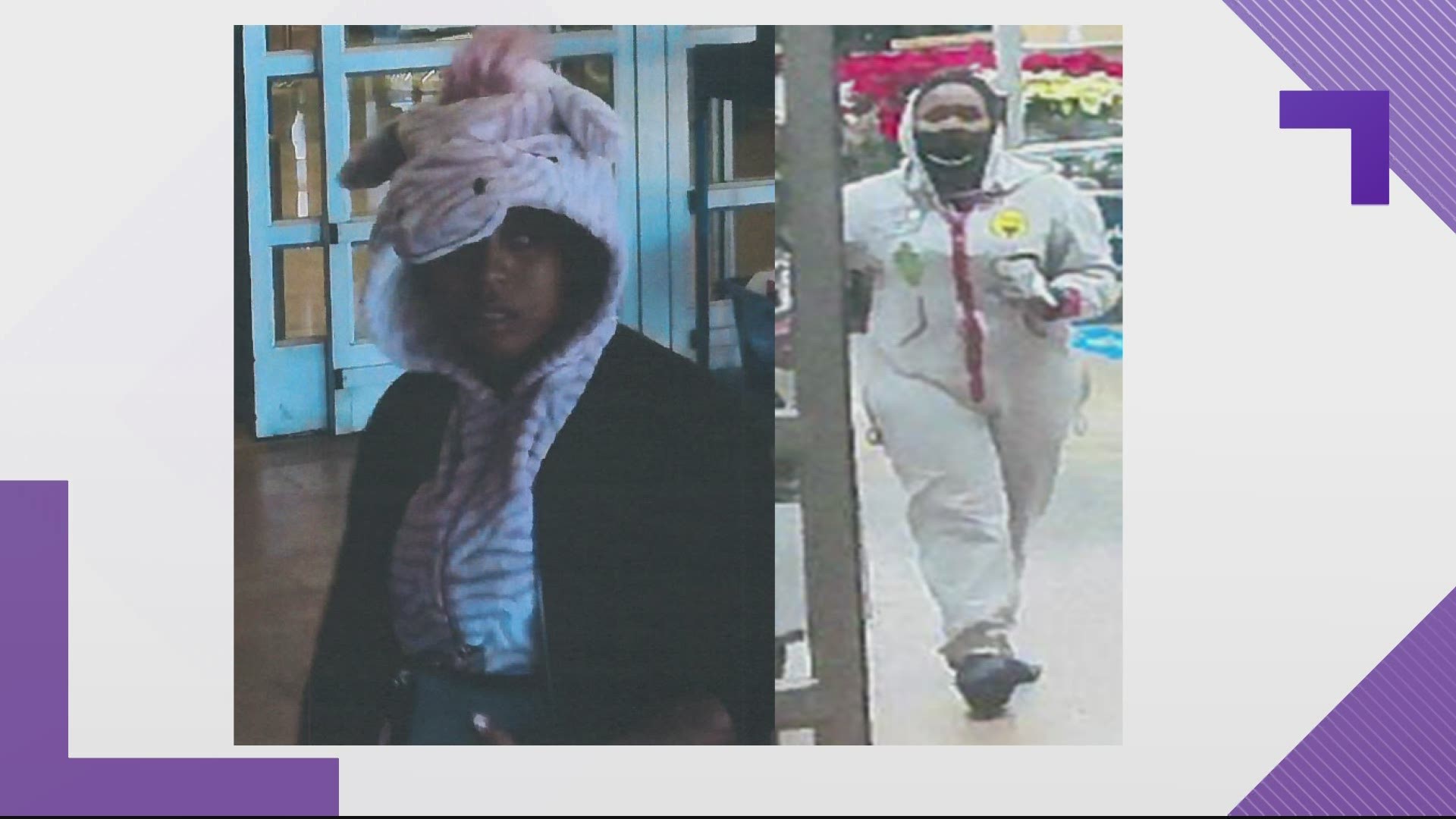 STAFFORD COUNTY, Va. — The Stafford County Sheriff's Office is asking for the public's help to find two women who dressed in pajamas to shoplift from stores in the area as far back as February.

In a Facebook post, the Stafford County Sheriff's Office said on February 7, a Walmart loss prevention employee reported two women shoplifting suspects were in the store. Responding deputy C.S. Haines found the two women and recognized them, suspecting them in several other shoplifting cases. He was aware of security footage showing two women, matching their descriptions wearing pajamas and animal onesies during multiple thefts.

Deputy Haines identified the woman wearing a polar bear onesie as 32-year-old Katherine Ibarra of Baltimore. The other woman, wearing a gray onesie, gave a fake name before leaving the scene, according to the sheriff's office.

Ibarra was released and told warrants for her arrest were pending as Deputy Haines continued to investigate the other cases of shoplifting. He later identified her accomplice as Kristy Eura, 36, of Ruther Glen.

Anyone with information on their whereabouts is asked to contact the Stafford County Sheriff’s Office at (540) 658-4400. Tips can also be submitted by texting STAFFORD and your tip to 274-637.