Isiah Brown, 32, of Spotsylvania was shot eight times by the deputy, officials said. 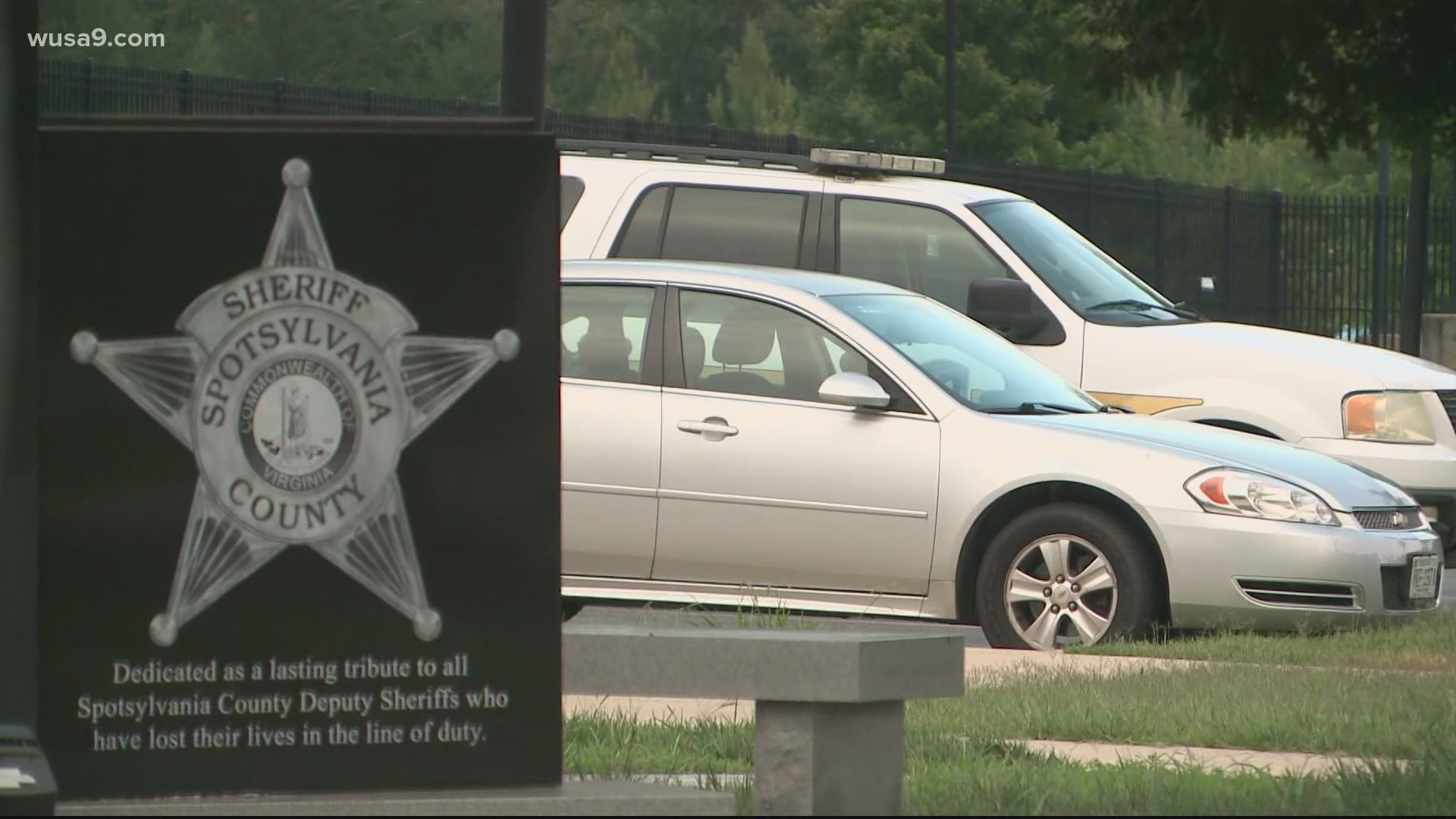 SPOTSYLVANIA, Va. — A Spotsylvania County Sheriff's Deputy has been charged in the shooting of Isiah Brown, who was shot multiple times after officers were called to a residence for reports of a "domestic disturbance" in April.

Deputy David Turbyfill was charged with one count of felony unlawful wounding and one count of reckless handling of a firearm with serious injury, according to charging documents.

Brown, 32, of Spotsylvania was shot eight times by the deputy, officials said. He was taken to Mary Washington Hospital where he was treated for serious injuries, according to Sgt. Brent Coffey, a spokesman with Virginia State Police. No one else was injured during the incident.

According to the Spotsylvania Sheriff's Office, the incident began early April 21 in the 12200 block of Catharpin Road at approximately 3:18 a.m. when authorities were called to a residence for reports of a "domestic disturbance."

Coffey, who is assisting in the investigation of the shooting, wrote in an email to WUSA9 that a deputy arrived on the scene and encountered Brown as he was walking in the roadway away from his residence.

Coffey told WUSA9 that Brown was not armed at the time of the shooting. The responding deputy can be heard on the bodycam video that depicts the events leading up to the shooting shouting "drop the gun" and radioing in to dispatch that Brown had "a gun to his (own) head."

The video released by Spotsylvania County Sheriff's Office contains three parts: A video statement by Sheriff Roger Harris, a transcribed 911 call that details the original call, the shooting and the aftermath, and the body camera footage of the shooting, which begins as the deputy is exiting his police vehicle on the scene.

"Isiah Brown and his family are pleased that Spotsylvania County Deputy David Turbyfill has been indicted on a felony charge by a special grand jury in the April 21 shooting of Mr. Brown.

The shooting resulted in significant injuries to Mr. Brown which will undoubtedly impact him for the rest of his life.

Mr. Brown did nothing wrong and was on the phone with a 911 dispatcher when Turbyfill recklessly shot him 8 times.

We are calling for the immediate termination of Deputy David Turbyfill.  We are also asking for the release of all audio communication between the deputy and dispatch, all video from the scene as well as Turbyfill's employment records and personnel file.

Isiah Brown's life was shattered and changed forever when he crossed paths with David Turbyfill.  While this indictment doesn't take Mr. Brown's physical pain away, it does signify a measure of justice.  We look forward to the successful prosecution of David Turbyfill."

Days after the shooting in April, the fallout from the case brought calls for justice and at least one protest outside the Spotsylvania County Sheriff's Office building.

On Thursday, Fredericksburg Black Lives Matter President Anthony Foote told WUSA9 that he supported the charges against the officer.

"I'm overjoyed, of course. We finally have accountability," he said. "At the end of the day, we have something as a starting point for a young man who is remarkably still alive.”

Foote believed more charges could follow in the case and put a focus on the dispatcher who spoke on the phone with Brown during the incident in April.

"I still believe that dispatch has an onus in this as well. This could have been stopped with the person on the phone as she relayed this to the officer," he said. "I would truly like to see accountability be held down the chain. If you’re going to hold the shooter responsible, hold the person who gave him the idea that it was okay to shoot.”

"I would like to think that the message they were trying to send is that we’re doing our job," he said. "What should be taken from today is that a young man still has the opportunity to tell his side of the story.”