Virginia: You might get an unsolicited package of seeds from China, but don't open it. Here's why

The packages were sent by mail and may have Chinese characters written on them. 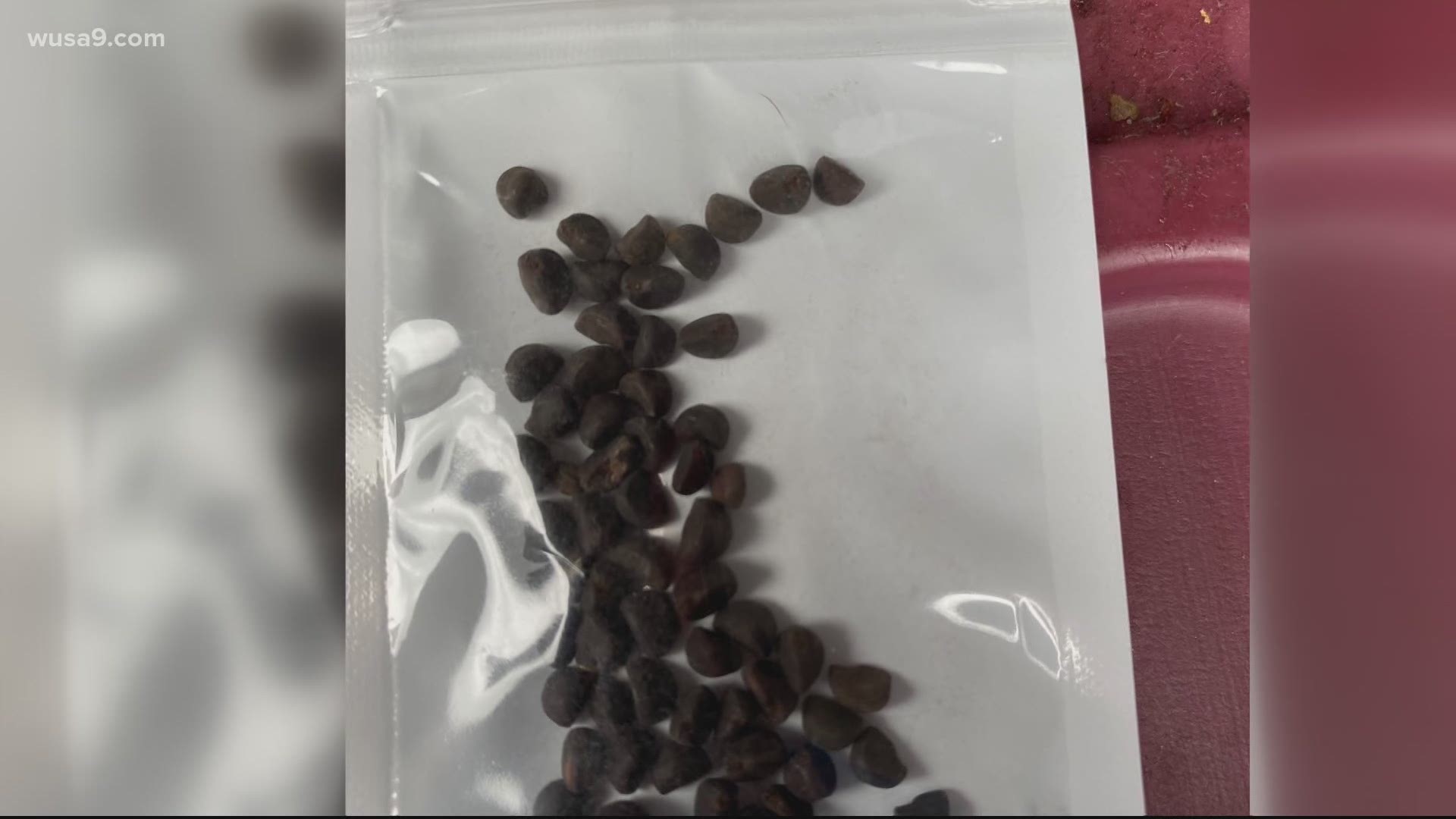 The Virginia Department of Agriculture and Consumer Services (VDACS) sent out a news release Friday urging residents to not plant the seeds.

The type of seeds in the package – which appear to have originated from China –  is unknown at this time and may be invasive plant species, officials said.

According to the VDACS, the packages were sent by mail and may have Chinese characters written on them.

"Taking steps to prevent their introduction is the most effective method of reducing both the risk of invasive species infestations and the cost to control and mitigate those infestations," VDACS officials said in a release.

VDACS encourages anyone who has received unsolicited seeds in the mail that appears to have Chinese origin to contact the Office of Plant Industry Services (OPIS) at 804-786-3515 or email ReportAPest@vdacs.virginia.gov.

According to officials, the traveler arrived on a flight from Beijing, China on Jan. 27, 2020 where the traveler's final destination was to a residence in Prince George's County, Maryland.

During a baggage examination, CBP specialists discovered a package with pictures of a cat and dog that the passenger said was 'cat food.' The package, according to officials, contained a bunch of unknown small birds, about 2.5 to 3.5 inches in length.

The birds from China, according to CBP officials, are prohibited for import due to the potential threat of highly pathogenic avian influenza.

The avian products were seized on behalf of the U.S. Department of Agriculture (USDA) and destroyed by incineration, with USDA approval.

RELATED: China tells US to close consulate in Chengdu in retaliation