Some Chinese restaurants in the DMV report sales have been down since the outbreak began in China. 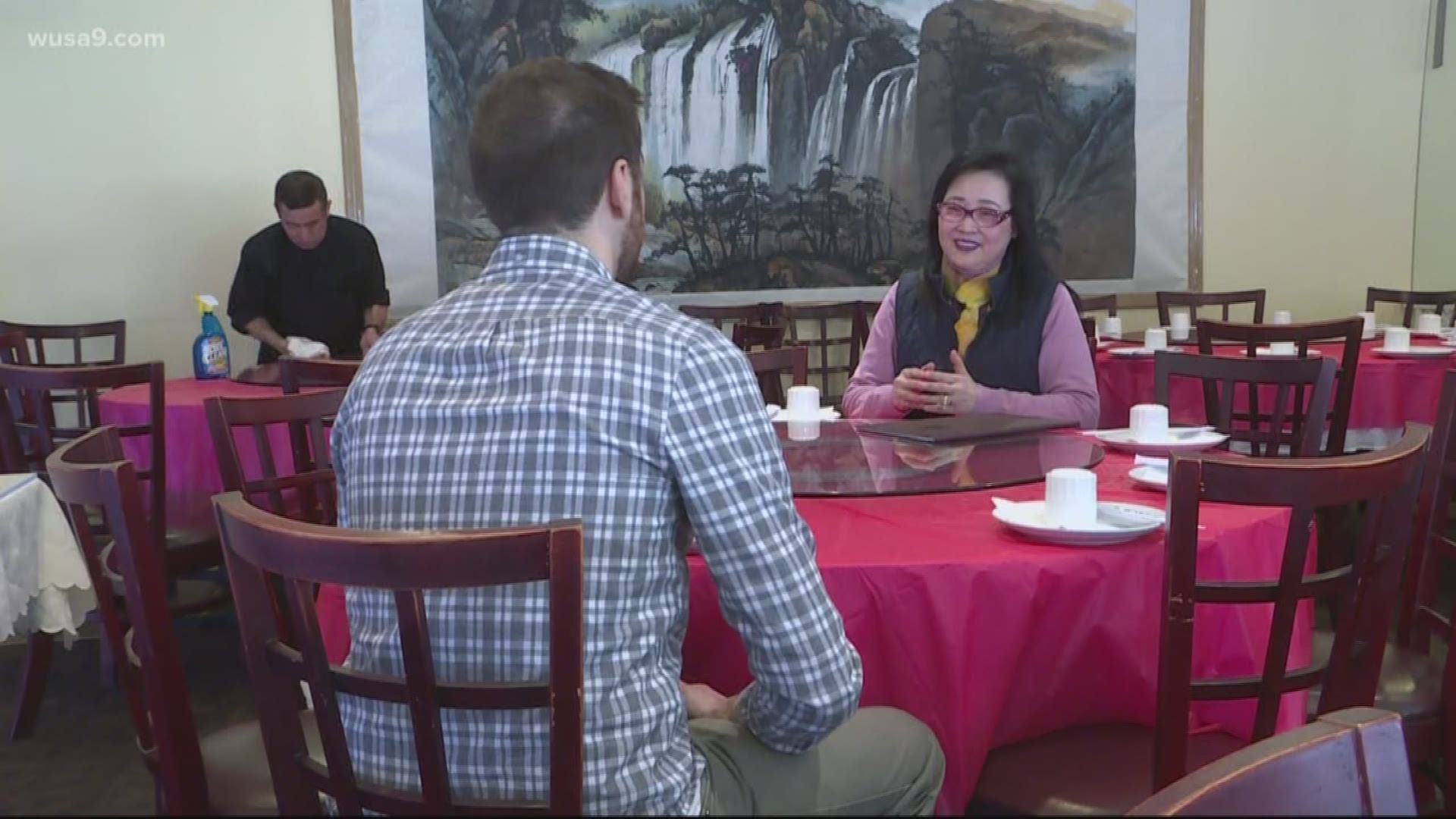 ROCKVILLE, Md. — Some Chinese restaurants in the DMV report sales have been down since the outbreak began in China.

Sichuan JinRiver is a popular Chinese restaurant in Rockville, Md. Dozens of awards adorn the entrance to the inside. But it has not been so popular since the Chinese New Year in February.

The owners believe a combination of fear and misinformation on the coronavirus has them unfairly targeted.

"For a couple of days, and then all of sudden it just dropped," she said. "You don't see many people. You think, 'Hmm. What happened?' Then, a few days later, you realize that’s really the impact."

Yu believes fear of the coronavirus has kept customers away. An obvious overreaction, but if true, the effect has been devastating. She said business is down 35 percent. It's a drop that hits her and her employees.

"They are worried about their rent. I feel so bad," she said.

All that would be bad enough, but she says she has also heard isolated reports of violence against Asian Americans because of the coronavirus fears.

"Even on the YouTube,you see some videos, you see people treated the wrong ways," she said.

In February, the New York Police Departments' Hate Crimes Task Force retweeted a video of a woman seen wearing a face mask as she gets attacked by a man who called her diseased. NYPD is calling it an alleged hate crime until they can speak with the victim.

But this is the extreme end of the discrimination that Judy Yu said she feels since fears of the coronavirus spread to the United States. She wants to put all those fears to rest.

"Come to enjoy it. We have good food and we have fresh food. Just come enjoy Chinese food," she said.

Yu hopes more people will be able to separate what's happening in China from her Chinese restaurant.