China tells US to close consulate in Chengdu in retaliation

The order followed the U.S. closure of the Chinese consulate in Houston after allegations Chinese agents tried to steal data from Texas facilities. 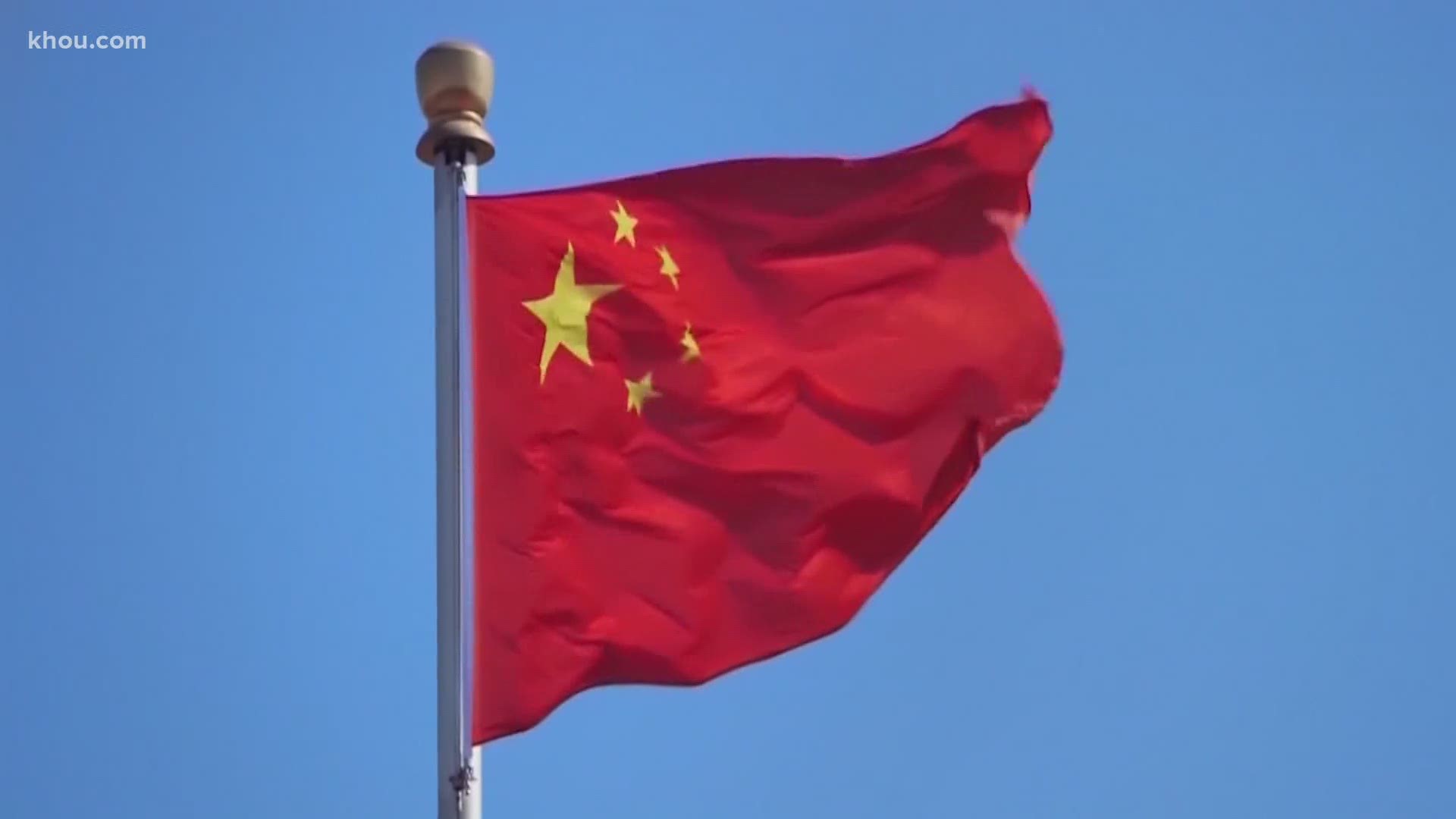 BEIJING, China — China ordered the United States on Friday to close its consulate in the western city of Chengdu, ratcheting up a diplomatic conflict at a time when relations have sunk to their lowest level in decades.

The move was a response to the Trump administration's order this week for Beijing to close its consulate in Houston after Washington accused Chinese agents of trying to steal medical and other research in Texas.

The Chinese foreign ministry appealed to Washington to reverse its “wrong decision.”

Chinese-U.S. relations have soured amid a mounting array of conflicts including trade, the handling of the coronavirus pandemic, technology, spying accusations, Hong Kong and allegations of abuses against Chinese Muslims.

“The measure taken by China is a legitimate and necessary response to the unjustified act by the United States,” the foreign ministry said in a statement.

“The current situation in Chinese-U.S. relations is not what China desires to see. The United States is responsible for all this,” it said. “We once again urge the United States to immediately retract its wrong decision and create necessary conditions for bringing the bilateral relationship back on track.”

RELATED: VERIFY: What's the difference between a consulate and an embassy?

Also Friday, the U.S. State Department sent out a notice warning Americans in China of a “heightened risk of arbitrary detention.”

“U.S. citizens may be subjected to prolonged interrogations and extended detention for reasons related to ‘state security,’” the notice said.

Americans may be detained or deported for “sending private electronic messages critical" of the Chinese government, it said. The notice gave no indication of what prompted the warning.

On Tuesday, the Trump administration ordered the Houston consulate closed within 72 hours. It alleged Chinese agents tried to steal data from facilities including the Texas A&M medical system.

The ministry on Thursday rejected the allegations as “malicious slander” and warned that the Houston consulate's closure was “breaking down the bridge of friendship” between the two countries.

Credit: AP
A FedEx employee removes a box from the Chinese Consulate Thursday, July 23, 2020, in Houston. China says “malicious slander" is behind an order by the U.S. government to close its consulate in Houston, and maintains that its officials have never operated outside ordinary diplomatic norms. (AP Photo/David J. Phillip)

The United States has an embassy in Beijing and consulates in five other mainland cities — Shanghai, Guangzhou, Chengdu, Shenyang and Wuhan. It also has a consulate in Hong Kong, a Chinese territory.

The consulate in Chengdu is responsible for monitoring Tibet and other areas in the southwest inhabited by non-ethnic Chinese minorities that are considered especially sensitive by Beijing.

Asian stock markets, already uneasy about the uncertain pace of recovery from the coronavirus pandemic, fell Friday on the news of the closure.

“Alongside the eviction of the Houston Chinese Consulate, the risk of the U.S.-China conflict escalating into a ‘Cold War’ is worrying,” Hayaki Narita of Mizuho Bank said in a report.

The consulate in Chengdu was in the news in 2012 when Wang Lijun, the police chief of the major city of Chongqing, visited and told American officials his concerns about the death of a British business associate of the wife of Chongqing's Communist Party secretary, Bo Xilai.

That prompted the British Embassy to ask for a new investigation, which led to the arrest and conviction of Bo's wife. Bo was later dismissed and sentenced to prison.

The consulate was surrounded by police while Wang was inside. He later emerged and was arrested and sentenced to 15 years on charges of corruption and defection. The U.S. government has refused to confirm whether Wang asked for asylum.

Also Thursday, the U.S. Justice Department said it believes the Chinese Consulate in San Francisco is harboring a Chinese researcher, Tang Juan, who is accused of lying about her background in the Communist Party's military wing on a visa application.

The department announced criminal charges of visa fraud against Tang and three other Chinese researchers. It said Tang lied on a visa application last October as she made plans to work at the University of California, Davis, and again during an FBI interview months later.

U.S. authorities this week announced criminal charges against two Chinese computer hackers who are accused of targeting companies that are working on vaccines for the coronavirus.

U.S. officials including Secretary of State Mike Pompeo have stepped up accusations of technology theft. In a speech Thursday, Pompeo said some Chinese students and others “come here to steal our intellectual property and to take this back to their country.”