Va. woman says she was denied an Uber ride because of her wheelchair

She said she wants this worldwide company to start a conversation about how we treat and include people with disabilities. 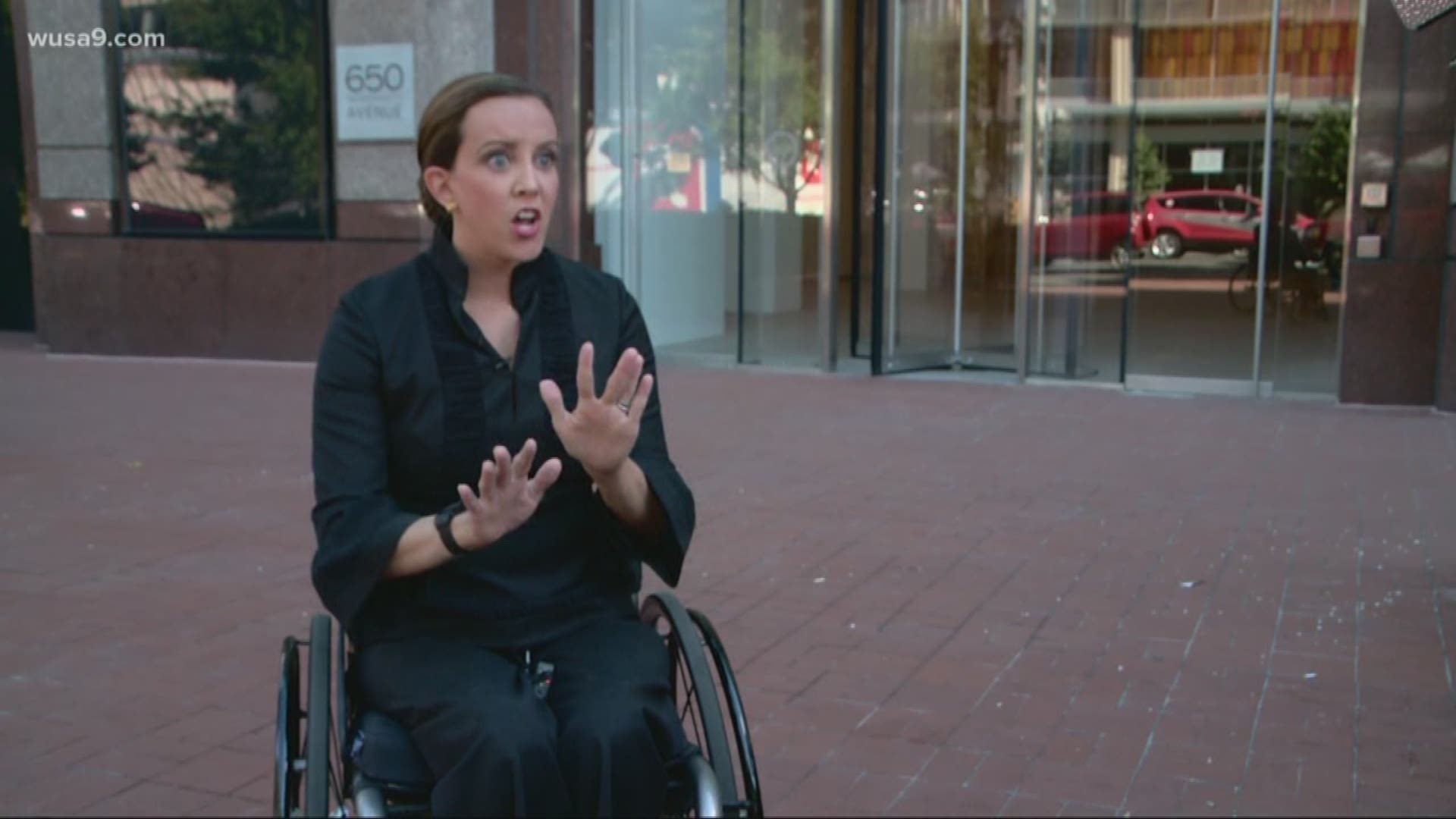 The wife and mother of two said she was refused a ride because of her wheelchair.

Simoneaux said it happened on June 21, when she called for an Uber after having dinner with a friend. She was able to independently transfer herself from her wheelchair into the Uber.

"That's when the driver just got out of the car and said 'no, no, no space, no wheelchair.' And it really caught me off guard because my wheelchair is very compact. It can be thrown in a trunk. It can be taken apart," she said.

After it happened she said she called Uber that night and spoke with someone who refunded her for the ride she never took.

Now, she's on a mission. Every day, she contacts them. She simply wants to have a conversation.

"I continued on Twitter and Facebook and through the app, and calling the critical safety line, which is a line that's meant for critical safety but it is their only posted 1-800 number," she said.

Simoneaux said she received the following boilerplate messages back, but no conversation:

"Thank you for filing this report. It's been passed onto the appropriate department. someone will be in contact with you."

She said she wants this worldwide company to start a conversation about how we treat and include people with disabilities.

"It's not something I'm willing to just let go. Because it's not something I'm facing, it wasn't an isolated incident to me. Whether it's a person with a service dog, because the driver doesn't want a dog hair in their vehicle, whether it's people like me who use wheelchairs, now that ride shares are becoming such a prominent way for individuals to have transportation, this issue needs to be addressed because it's a problem now and it's only going to get worse," she said.

The company provided the following statement to WUSA9:

“We will continue to work with our partners in the DC region and beyond to expand transportation options for all residents. We have a clear non-discrimination policy that includes serving riders with disabilities.”

Uber said they do offer an option called WAV where you can request a ride from a driver with a car equipped with a ramp. Those drivers are certified by a third party to help people with disabilities.

Simoneaux said she doesn't need a ramp, since she is able to independently transfer in and out of the wheelchair. However, she also said when she looks for a WAV, they're not often available.