Uber promised an affordable, reliable ride whenever and wherever you need one. 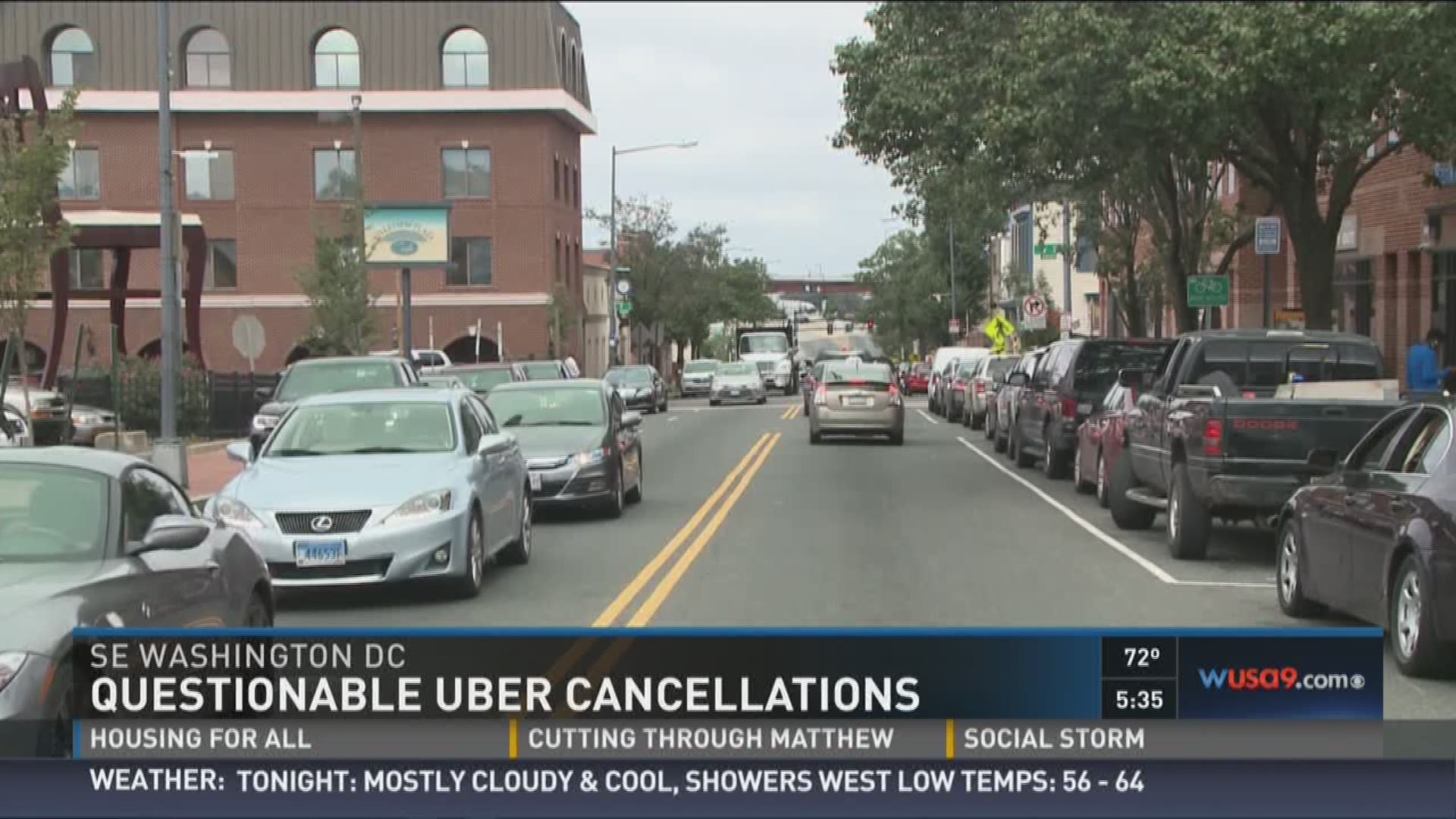 Uber promised an affordable, reliable ride whenever and wherever you need one.

But Paul Angelone, of the Trinidad neighborhood in Northeast D.C., believed he was refused a ride because of where he was.

“The only time I’ve had Uber’s cancelled on me, I’ve been east of the river,” he said.

Angelone said he rides Uber twice a week. On Monday, he ordered an Uber to pick him up at Uniontown Bar & Grill on Martin Luther King Jr. Avenue in Southeast. It was just after 7:30 p.m.

But he said two Uber drivers, both just five minutes away, canceled on him because they were in Navy Yard and he was in Anacostia.

“It’s just as good as a place as west of the river and we have to start breaking down the barriers,” he explained.

Vencent Hayes said it was cultural bias. He said his stepson had a similar experience in Northwest heading home to Minnesota Avenue in Southeast.

“He (the driver) tells him to get out, ‘No, sorry you got to go’ pushed the button and cancelled,” Hayes recalled. “I mean if you’re scared, don’t do the job.”

“I’m certain that some people hold belief that are unfair and not informed,” said a woman heading into a juice bar in Anacostia.

We crossed the 11th Street Bridge to learn if folks just west of the river had similar experiences.

“Sometimes they are really far away and I don’t want to wait, so I cancel on them,” said one young lady in Navy Yard.

“I love Uber,” said another man. “You don’t have to rely on Metro and it’s a lot more efficient.”

A spokesperson with Uber said drivers can cancel a ride at any time but the company forbids anyone from discriminating based on pick up or drop off locations.

In fact, Uber said they saw the highest growth in Wards 7 and 8 with an 800 percent in rides in 2015 from the year before.

As for Angelone, he was picked up by an Uber several minutes later that was already east of the river, but further away on Benning Road in Northeast.

He filed a complaint with Uber and they told him it was an “efficiency” issue. He sees this as an equity issue.