Major league sporting venues and casinos will be given preferred consideration for permits award by Virginia. 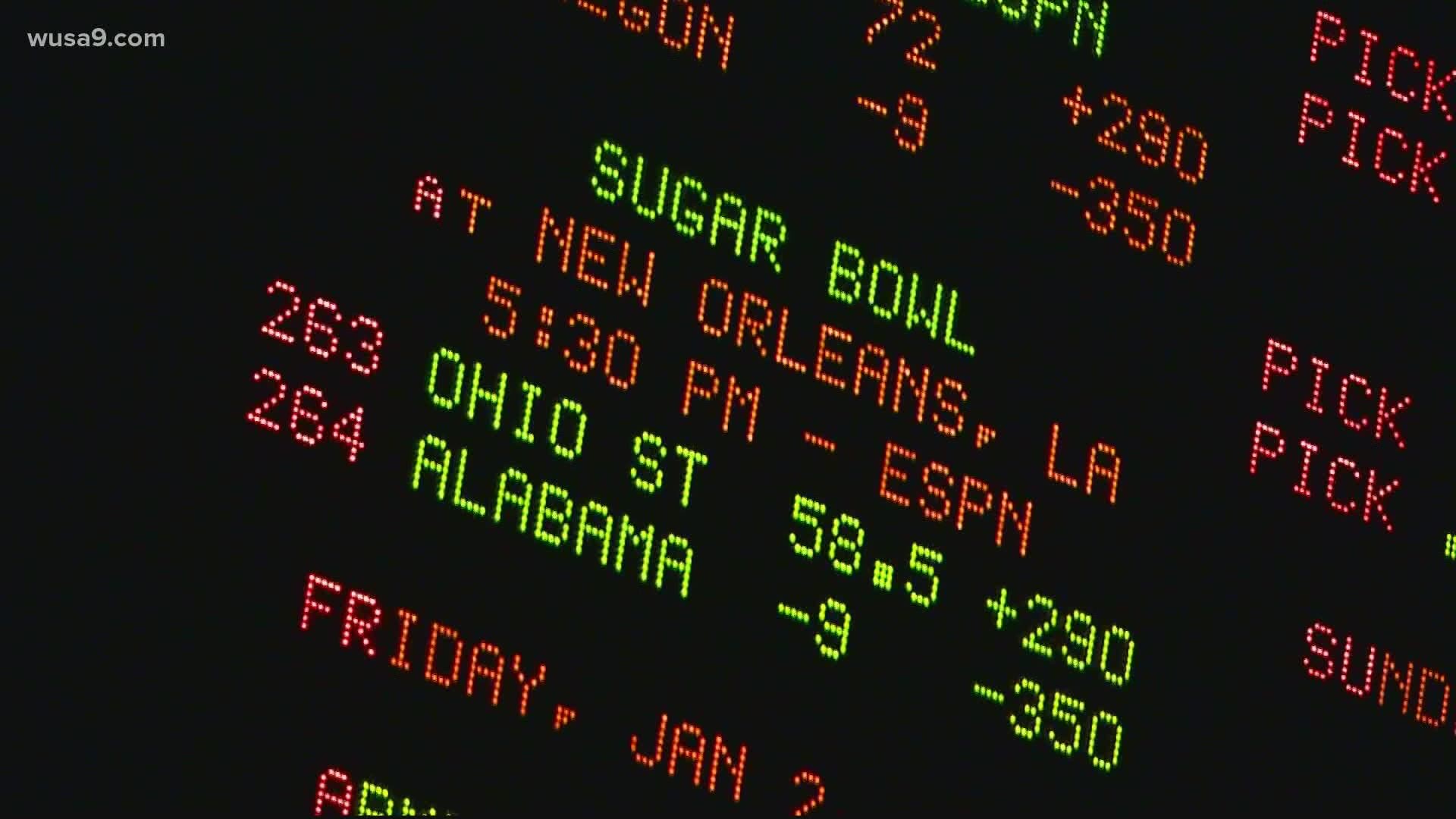 WASHINGTON — Virginia will allow businesses and entities to apply for sports betting permits in the Commonwealth starting October 15 and will likely award no fewer than four permits and no more than 12, according to the National Law Review.

Major league sporting venues, and casinos -- which have expanded in the state in recent years, along with horse racing ventures -- will be given preferred consideration for permits awarded by Virginia.

The move for Virginia is a solid one. Both the Commonwealth and Maryland have been vying for sports betting laws that could entice Dan Snyder and the Washington Football Team to move its dream of a new stadium to their state. D.C., where sports betting has already taken off, will also look to bring the team back to the District, by appealing to its desire for a sports-betting friendly stadium.

The Washington Post has reported that Snyder has had more luck in Virginia, and with these bills more confidently in place, it would guarantee the Washington Football Team sports betting permits if it wanted one for a new stadium.

RELATED: Virginia sports betting bills looks to entice Snyder. But could it create a bidding war with Maryland?

This information from the National Law Review also points to the Virginia Lottery Board has already been in contact with potential permit applicants. It is not known if Snyder and his franchise are one of these potential permit holders that the board has spoken to ahead fo the application submissions

Sports betting across the DMV has expanded since the Supreme Court decision that struck down the Bradley Act, which made sports betting illegal in most of the United States since the early 1990s.

Maryland will have a state vote on Election Day in November that could allow the state to do the same as Virginia. Question 2 is what it will show up as on state ballots.

D.C. has two sports betting operations. One in-person betting station is at the Capitol One Arena in Chinatown, while the GAMBETDC app that runs through the District's government, gives players an online option.

A recent report from The Washington Post shows that the coronavirus and other outside factors led to projections for revenue not being what some in the industry had hoped for.