Virginia sports betting bills looks to entice Snyder, Redskins. But could it create a bidding war with Maryland?

As sports betting bills advance in Virginia, and Maryland lawmakers discuss the issue, the Redskins are lobbying lawmakers across the DMV for a new stadium. 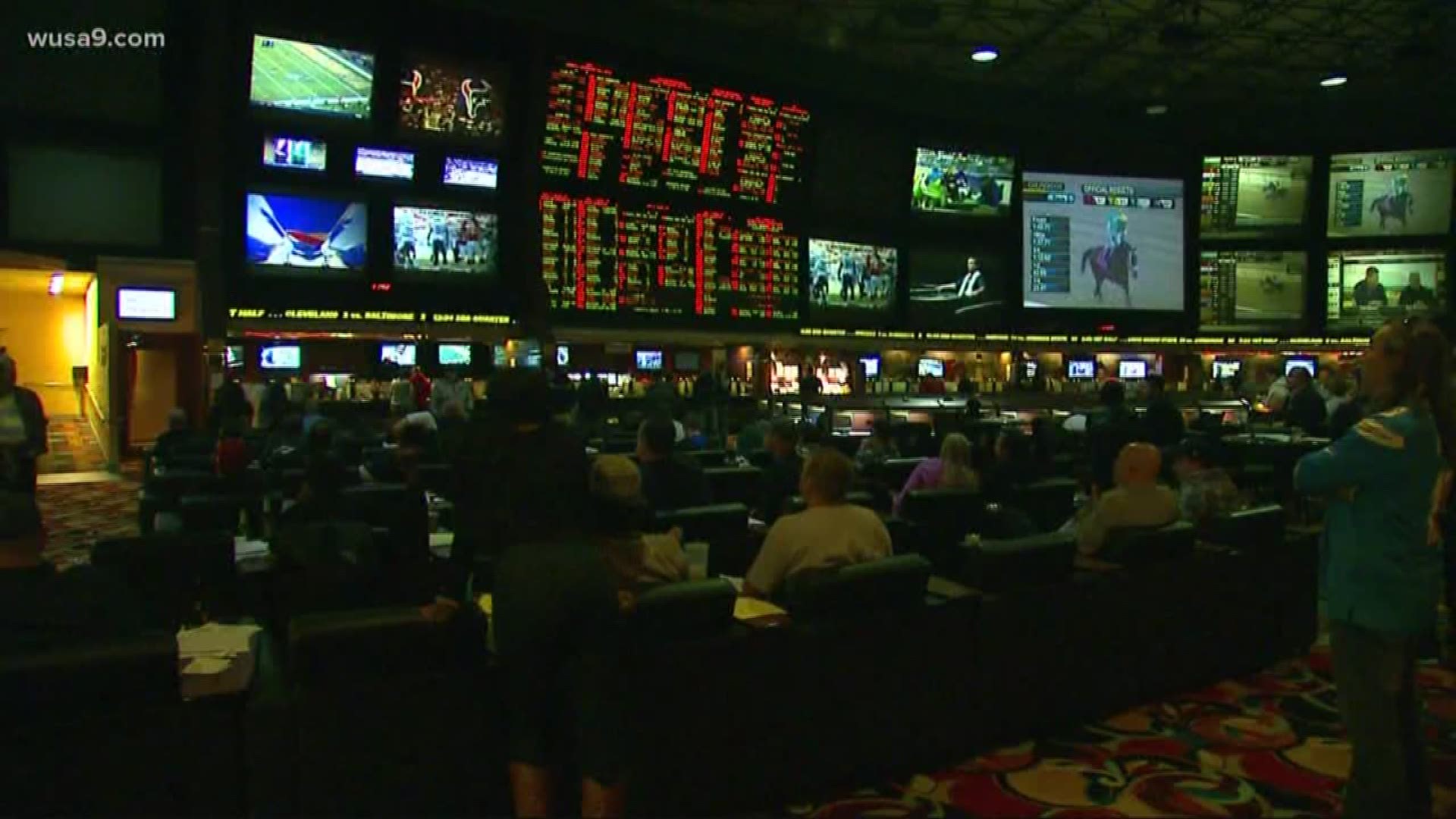 WASHINGTON — On Monday, a Democratic-led Senate and House voted to move forward on two sports betting bills on the Virginia legislative floor. Washington Redskins owner Dan Snyder likely had his eye on both pieces of legislation.

Why? Because it could lead to the new and improved dream stadium that he's been lobbying for in D.C., Maryland and Virginia.

The Redskins currently play in Landover, Maryland. But talks have been ongoing with Virginia and Maryland lawmakers to replace FedEx Field when its lease expires in 2027, with a new stadium.

HB 896 and SB 348 passed in Virginia, meaning that Snyder's dream of having a sports betting emporium at his future stadium could be a reality in the Commonwealth.

The Washington Post has reported that Snyder has had more luck in Virginia, and with these bills more confidently in place, it would guarantee the Redskins a sports betting permit if it wanted one.

The Redskins also have its Bon Secours Training Facility in Richmond and its practice and team facilities, outside of FedEx Field, in Loudon County.

According to Legal Sports Report, both bills are geared toward implementing in-play betting and using official league data, which will allow for profitability for the NFL, or other professional sports leagues that may be looking to also capitalize financially in Virginia.

Snyder has also been chatting with Maryland lawmakers in the past few weeks to help further his efforts in that state. Sports betting is not yet legal in Maryland, but lawmakers are open to legislation that could allow for it.

Snyder has been one of the most active NFL owners to lobby for sports gambling exemptions for his franchise. This comes as the NFL was one of the very leagues that argued against stripping the Bradley Act, which made sports gambling and betting illegal in 1992, until it was overturned by the Supreme Court in May 2018.

Snyder has also been looking at his options within the District. But there are issues with moving the stadium back to Washington, including D.C. having to buy land from the federal government, according to The Washington Post.

Washington was quick to legalize the opportunity to bet money on professional sports teams and other contests. By December 2019, D.C. Council passed legislation to legalize sports betting in the District with wide support.

The Post has also reported the Snyder will be meeting with Maryland lawmakers again in the coming weeks, including some in Prince George's County. He has developed plans that would include building a new stadium where FedEx Field is, but including restaurants and hotels to make the area an entertainment destination. These plans reportedly also include moving all Redskins facilities to Maryland.