Police: 2 suspects arrested in double murder of military couple outside their Springfield home

Ronnie Marshall, 20, and D'Angelo Strand, 19, are both facing two counts of second-degree murder and two counts of use of a firearm in a commission of a felony. 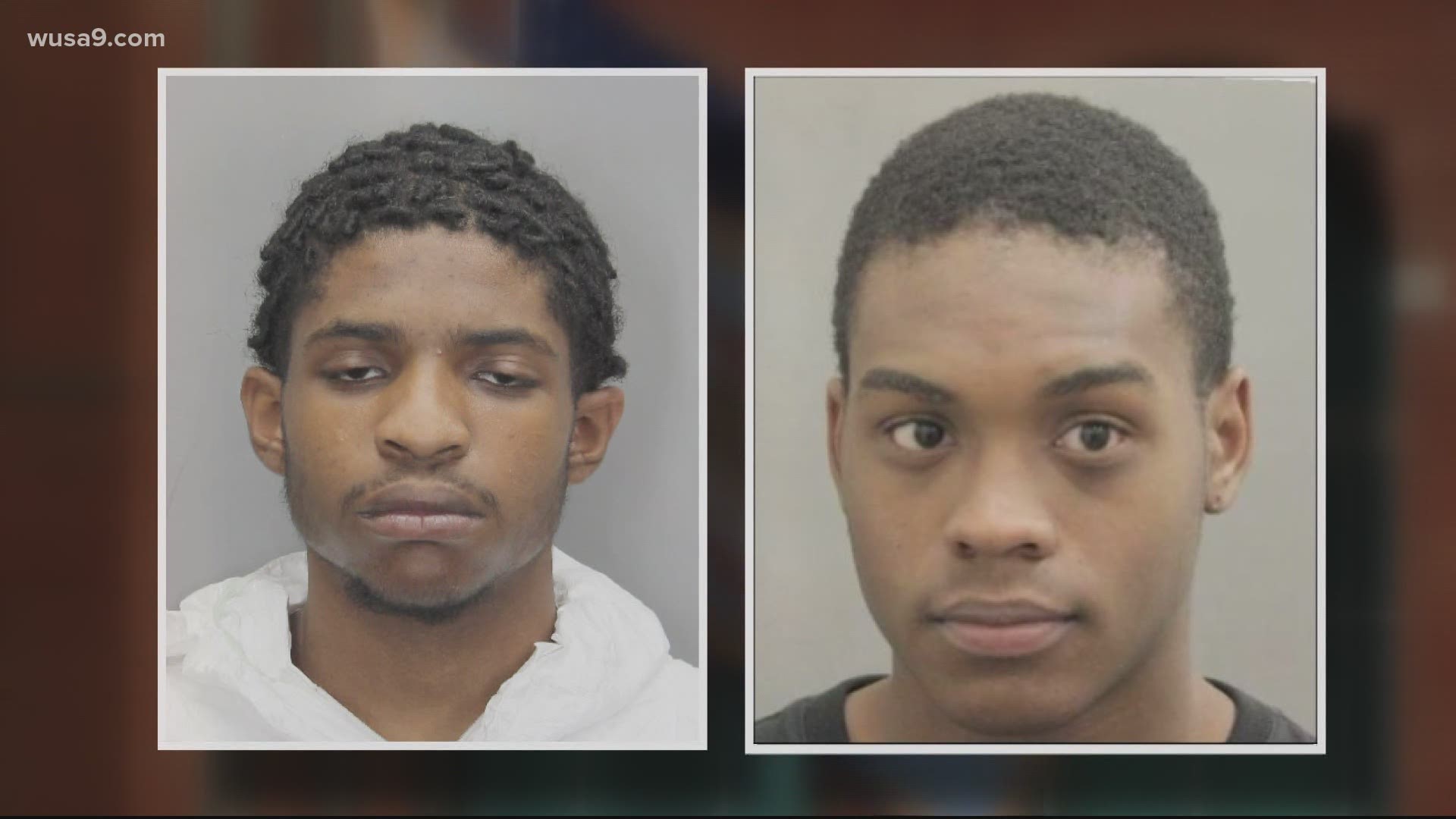 SPRINGFIELD, Va. — Fairfax County Police say two suspects are now in custody in connection with the murder of a husband and wife, both military veterans, in Springfield. Fairfax County Police Chief Kevin Davis said the victims were "viciously shot and killed up close at point-blank range" on their front lawn Wednesday morning.

On Thursday, Fairfax County police released a photo of one of the men responsible: 20-year-old Ronnie Keandre Marshall. The other suspect that was arrested was later identified by authorities as 19-year-old D'Angelo Strand. Both men are facing two counts of second-degree murder along with two counts of use of a firearm in a commission of a felony.

The two men went before a Fairfax County judge Friday and were ordered held without bond.

"It is outrageous, and it is a real aberration for our community," Fairfax County Commonwealth's Attorney Steve Descano said.

Police said they believe the deaths are connected to a dispute or burglary at the house that they were called to just two days earlier.

Police identified the man and woman killed as 55-year-old Edward McDaniel Jr., and his 63-year-old wife, Brenda McDaniel. Edward McDaniel was currently an active duty full-bird colonel in the U.S. Army. It is not known at this time which branch of the military Brenda McDaniel served in. Major Ed O'Carroll of Fairfax Police described both victims as "physicians" and "honorable soldiers."

Davis said one of the people inside the home may be the son of the victims. Investigators with the Fairfax County Police Department tell WUSA9 that the suspects and one of the victims' family members are believed to be co-workers.

The motive for the shooting remains unknown, but police said they believe both Marshall and Strand are connected to Monday's burglary at the home committed before Wednesday's double murder.

Neighbors said friends of the son have been involved in trouble in the neighborhood before.

"The teenage kids, their friends are bad people," Carlos Buendia, who lives just a few doors down from where the shooting happened, said. "They bring weapons into the neighborhood."

Neighbor Juliana Buendia said she was shocked this incident happened in her neighborhood but said she's sadly not surprised at where the crime happened.

"You never really see people coming and going," she said. "It’s the only house where we don’t know anybody who lives here.”

Police said some neighbors witnessed the shooting, while others reported seeing the couple walking their dog right before the shooting.

"Nice people," neighbor Frank Breen said. "We used to talk every time they come around walking with the dogs.”

A probable cause hearing is scheduled for Aug. 9, at which point prosecutors will have to detail the case against Marshall and Strand, and possibly outline what could have allegedly motivated them to murder the mother and father in the front yard of their house in the prosperous Newington Forest neighborhood.

"We are going to work non-stop until we get the person or persons to justice," Davis said.