Scott Ziegler held the interim role since January before school board members voted him to become the new superintendent during Tuesday night's meeting. 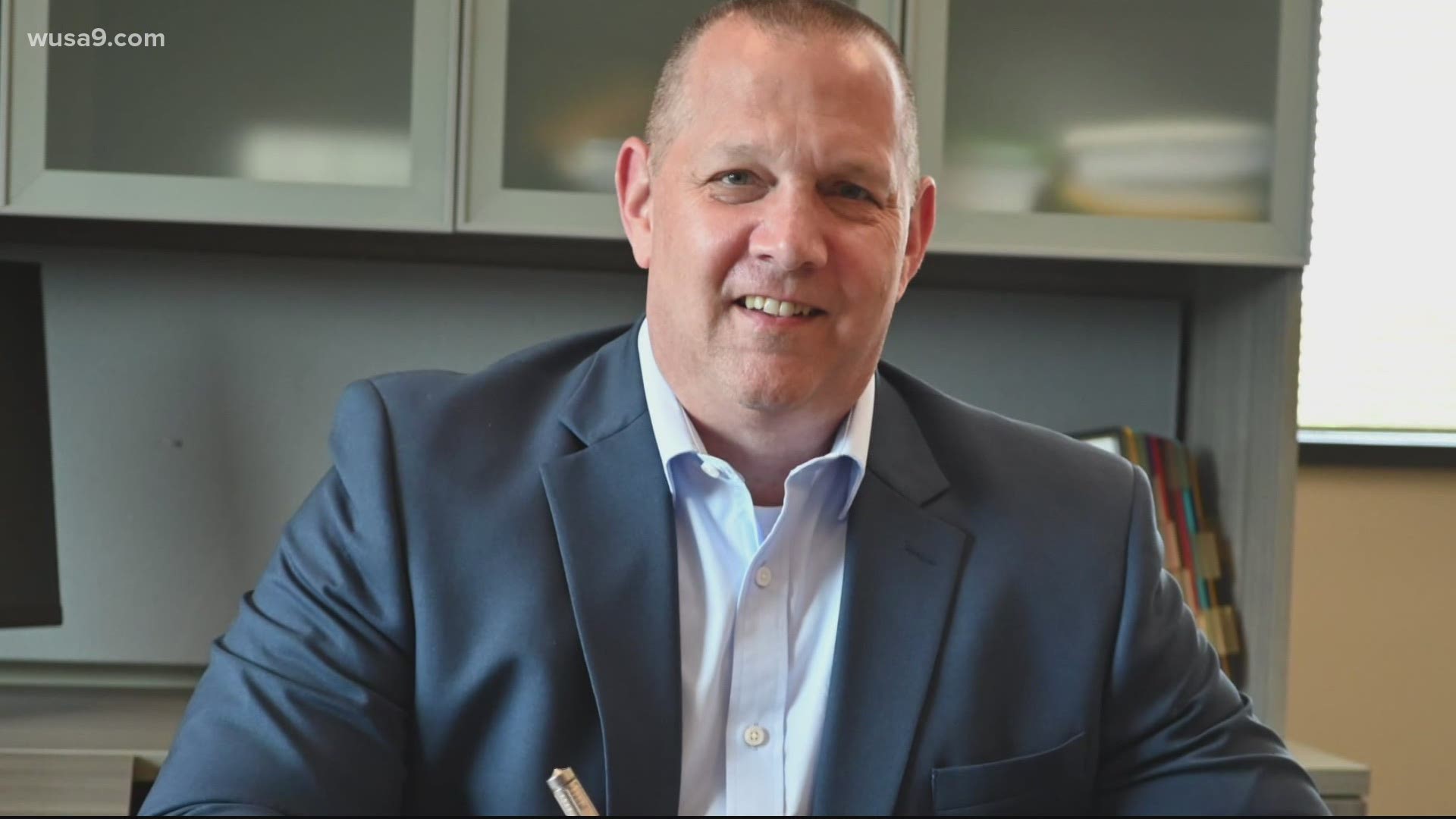 ASHBURN, Va. — As the new superintendent of the Loudoun County Public Schools district, Scott Ziegler is taking on a role tasked with handling a community catapulted into the national spotlight for controversies pitting neighbor against neighbor.

The Loudoun County School Board unanimously selected Ziegler as the superintendent after he served the interim role for about six months.

“Dr. Ziegler’s leadership has served us extremely well these past six months while he has been interim superintendent as he has skillfully managed a number of important initiatives, including our return to four days of in-person learning and the recent Equity Workshop," Brenda Sheridan, school board chair, said during the meeting.

“I look forward to working with staff and the School Board to advance public school education for all students we serve,” Ziegler stated. “While the division has more than doubled in size in the last 25 years, we remain focused on educating every student in a welcoming, safe, inclusive and affirming environment.”

His appointment comes after a flurry of upset parents and community members took the podium to release their grievances over two major issues: addressing racial matters in classrooms and transgender students.

Many came out to show support for physical education teacher Tanner Cross after he was suspended for his comment to not call transgender students by their pronouns during a school board meeting, citing his religious beliefs.

"I'm concerned that dissenting opinions are being silenced and this leads to more division, not unity," a former Loudoun County Schools student said.

"You send a message to parents and teachers who dare voice dissenting views, you will retaliate," one parent said as she addressed school board members. "That's what tyrants do, not public servants in a free country."

The public comments came as Judge James Plowman Jr. wrote an order for LCPS to immediately reinstate his prior position. In the order, Plowman wrote Cross's "speech and religious content" were central to his decision.

LCPS officials haven't provided comments on the judge's decision. Representatives for Cross said he returned to school as of Wednesday morning.

Ziegler also takes the helm as the district faces a federal lawsuit from parents claiming the school system's equity programs, aimed at reporting possible racial harassment in classrooms and motivating students to watch and discussed incidents of racist behavior, are discriminatory and unconstitutional.

The lawsuit cites the "Student Equity Ambassador Program" and "Bias Reporting System," saying one "is limited to certain students on account of their race, and discriminates against students on the basis of their viewpoint."

The lawsuit stems from ongoing debates over how the school district is handling race in classrooms. Despite Ziegler denying claims critical race theory is being taught in schools, parents have complained otherwise.

Many parents aren't convinced and feel it's a way to indoctrinate students.

"Your critical race theory threatens by asserting race into everything it preys on what divides us not what brings us together," one parent said.

Loudoun County, one of the last counties to desegregate in the country, has seen a change in demographics over the years. White students make up 43% of the population, followed by kids of Asian descent at 25% then Hispanic students at 18%, according to school data.

Critical race theory first began in academia decades ago to look into systemic racism embedded in our society. More recently, it has become a hot-button argument from conservative leaders.