Investigators are still unsure what lead to the woman's fall or what the suspect's role was in her death. 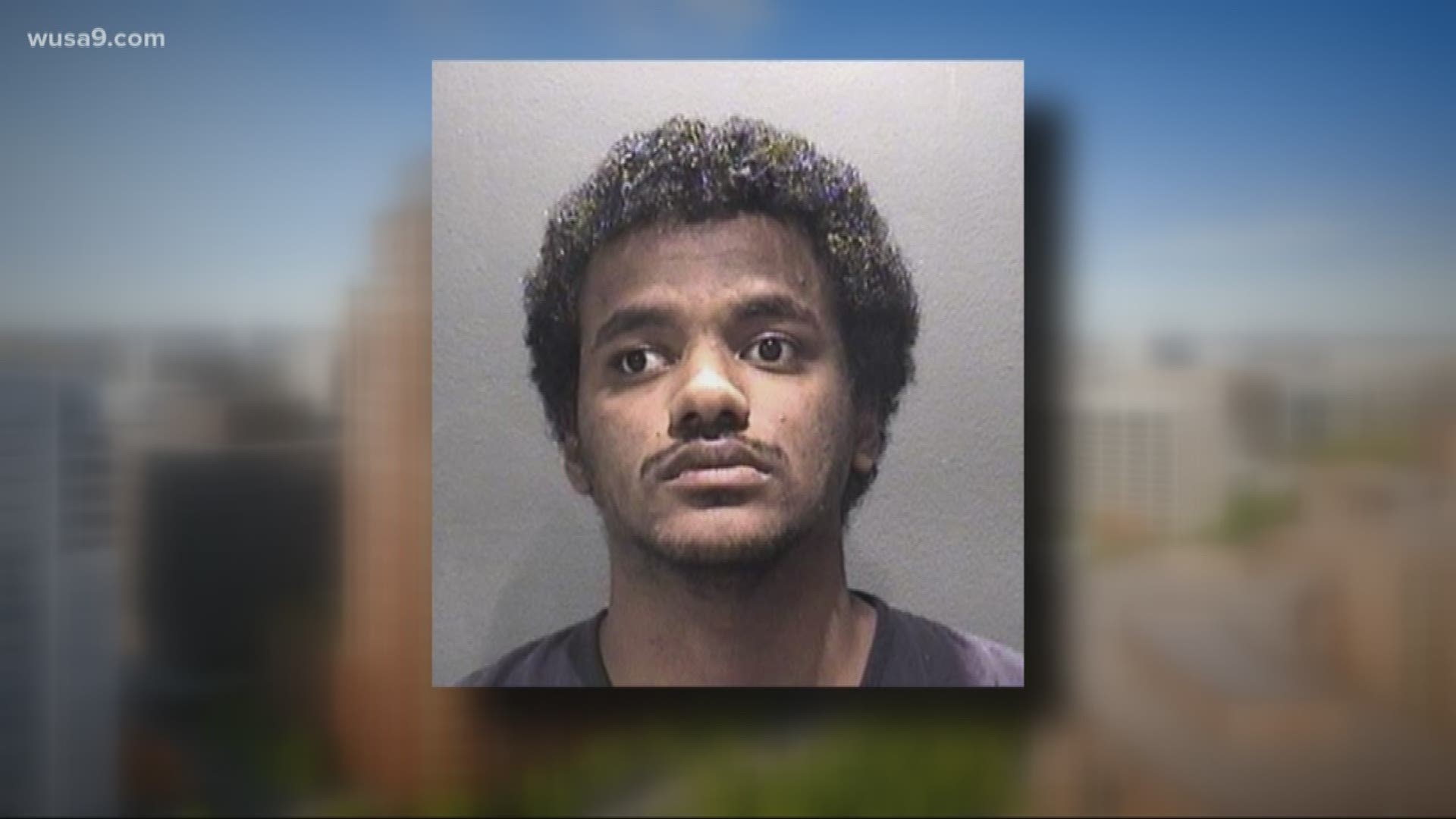 ARLINGTON, Va. — An Arlington man is accused of killing his mother who fell from an upper floor of a hotel in Crystal City.

Police arrested 27-year-old Tebebe Makonnen and charged him with murder in the death of his mother 63-year-old Zelalem Abedje. The incident happened around 1:38 a.m. on Tuesday at a hotel in the 1300 block of Richmond Highway. Emergency crews found Abedje dead in the lobby after she reportedly fell from a higher floor.

Investigators are still unsure what lead to Abedje's fall and what Makonnen's role was in her death. Abedje's body was taken to the Office of the Chief Medical Examiner for an autopsy.

Makonnen is being held in the Arlington County Detention Facility on a no bond status.

Makonnen posted a 10 minute video last year in which he lashes out at  treatment he said he was receiving.

He seems anguished about the illnesses he says he was diagnosed with.

“I was diagnosed with schizophrenia," said Makonnen.

Sources tell WUSA9 that Tebebe Makonnen lived at the Embassy suites with his parents and that they were thinking about moving back home to New York.

He wound up in court last year. Sources also say after he wrapped his arms around a therapist and rubbed his body against her, he was charged and convicted of sexual battery.

On appeal the charge was bumped down to disorderly conduct with the understanding that he would continue his mental health treatment, stay away from the therapist, and be monitored by the Arlington County Department of Human Services.

WUSA9 also learned that DHS was monitoring him and in fact, five months ago filed a status report that he was making progress.

Makonnen said in his post that he’s not mentally ill and has none of the symptoms of schizophrenia or bi-polar disease, which he says he was also diagnosed with.

Anyone with information related to this incident is asked to contact Detective R. Munizza of the department’s Homicide/Robbery Unit at 703-228-4171 or rmunizza@arlingtonva.us. Information may also be provided anonymously through the Arlington County Crime Solvers hotline at 866-411-TIPS (8477).