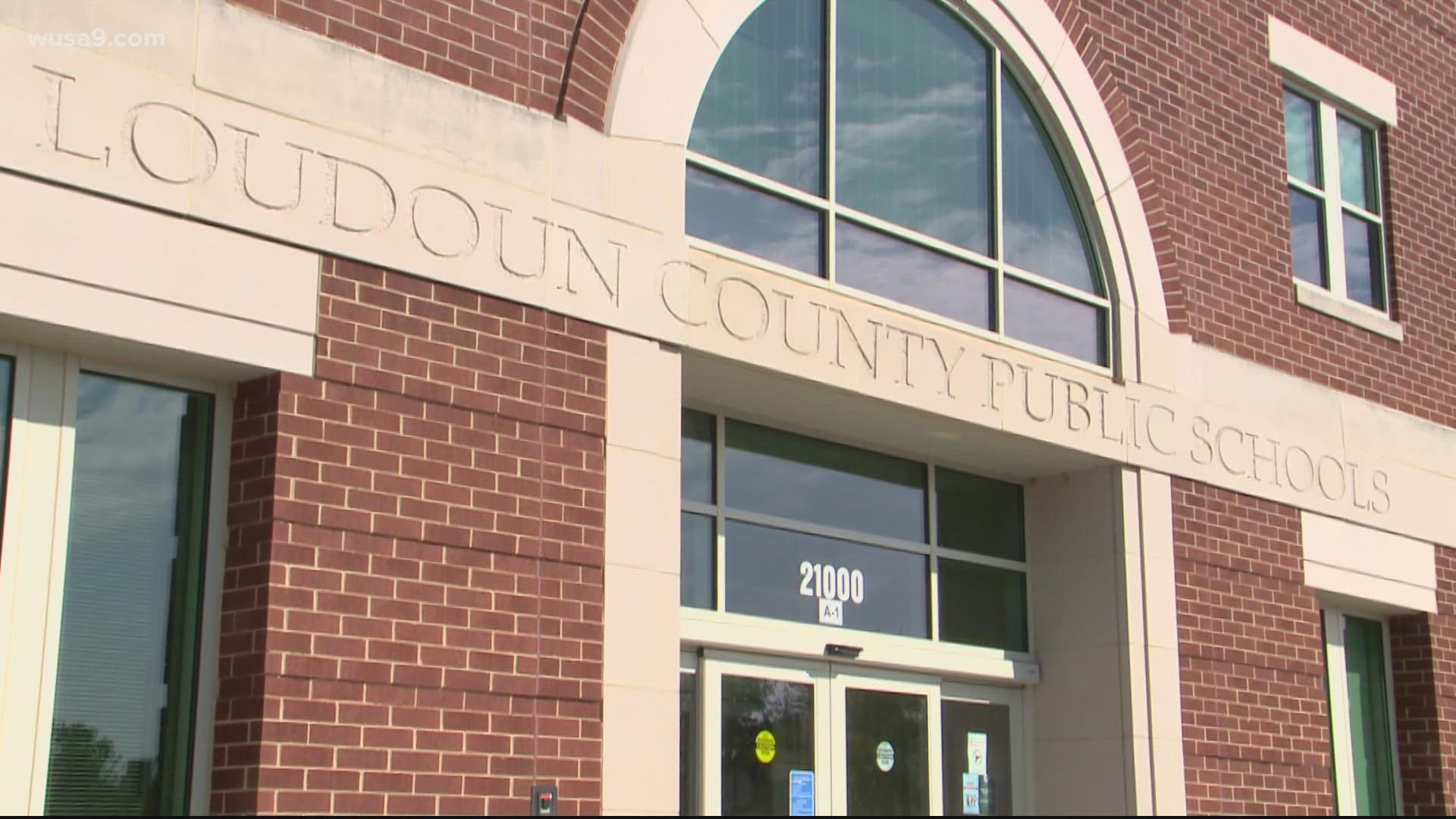 An assault was reported at Stone Bridge High School on May 28, and another occurred at Broad Run High School on Oct. 6, according to the Loudoun County Sheriff's Office. Detectives said arrests were made in both incidents, and LCPS officials confirmed to WUSA9 Friday that the same boy was charged in both alleged assaults.

"I want to acknowledge that our processes and procedures were not adequate to respond to these recent events," Ziegler said. "It has become clear that our administrative procedures have not kept pace with the growth we have seen in our county."

At a Friday press conference, Ziegler said he has spoken with multiple education officials, including the chief of staff for Elementary and Secondary Education in Secretary Miguel Cardona's office, to lobby for changes to the way school systems investigate sexual harassment and assault allegations, allowing for more protections for victims.

"It is important to know that title nine directs how schools must investigate allegations of sexual harassment and sexual assault, and provides equal protection for both victims and the alleged perpetrators,"  Ziegler said. "Throughout these events, the Loudoun County Public Schools has complied with our obligations under Title Nine. However, we have found this process outlined under Title Nine by the US Department of Education to be insufficient in addressing issues at the K-12. level. We believe this process could be strengthened with some reforms."

He also recommended that the Loudoun County School Board add the issue to its legislative agenda, and is asking that the LCSO notify the superintendent and principal of a school when students are charged with serious offenses in the future.

In the weeks leading up to Ziegler's announcement, several parents took issue with the timeline between when allegations were made to school officials, and when an arrest was made in the two different assaults, as well as why the alleged suspect was allowed to transfer to another school in the county.

According to the Loudoun County Sheriff's Office, detectives were made aware by school officials of an alleged assault at Stone Bridge High School on May 28. On July 8, a 14-year-old boy was arrested and charged with forcible sodomy.

On Oct. 6, a female student at Broad Run High School told a Loudoun County Sheriff’s Office School Resource Officer she had been forced into a classroom, held against her will and inappropriately touched, according to LCSO detectives. A 15-year-old was arrested and charged with sexual battery and abduction on Oct. 7.

"The October 6, 2021 incident at Broad Run High School did not involve complex circumstances, the arrest was immediate, and the arrest was reported to the community as information released was unlikely to disclose the identity of the victim," LCSO wrote in a statement. "However, the May 28, 2021 investigation was different in that the suspect and victim were familiar with each other, the investigation was complex, and a public announcement had the potential to identify a juvenile victim."

Both the LCSO and the Loudoun County Board of Supervisors claim there has been misinformation circulated regarding the investigation process, as well as when and why information was shared with the public. LCPS maintains that it followed all legal reporting requirements regarding the allegations

"Loudoun, the Board of Supervisors (BOS) learned of these alleged incidents at the same time and in the same manner as you," Board Chairwoman At Large Phyllis J. Randall wrote in a statement. "It’s reasonable for you to ask, 'how is that possible?' The truth is, neither the County Administrator nor the BOS have authority over Loudoun’s Constitutional Officers (Sheriff, Commonwealth Attorney, etc.) or the Loudoun County School Board. This means they are not required to, and in this case did not, share any information with the BOS or County staff."

Ziegler said he is fast-tracking changes to the way students accused of such infractions will be handled.

"Recent events have also revealed that we have shortcomings in alternative placement options for students involved in serious discipline infractions," he said. "A correction to this issue is one of my top priorities ... In the very near future, we will have alternative placements for students involved in discipline infractions that protect the safety of the student body and the rights of the accused."

Ziegler did not take any questions from reporters following his statement. He has served officially in the superintendent role since June 8, 2021, but was acting as the interim superintendent since Jan. 1, 2021.

"Moving forward, it is essential that we are consistent in our practices across the county," Ziegler said. "This lack of oversight that existed prior to my tenure also contributed to errors in our state reporting regarding disciplinary incidents in schools. The division inadvertently omitted some information in the past. That is extremely concerning, and we are taking steps to make sure that process is improved ... In the future, we will report events in real-time in our system and make corrections, if needed, following due process procedures. This will help ensure more accuracy in our Department of Education reports."