The board also heard from dozens of parents who were concerned about recent rules requiring vaccines for student-athletes and staff. 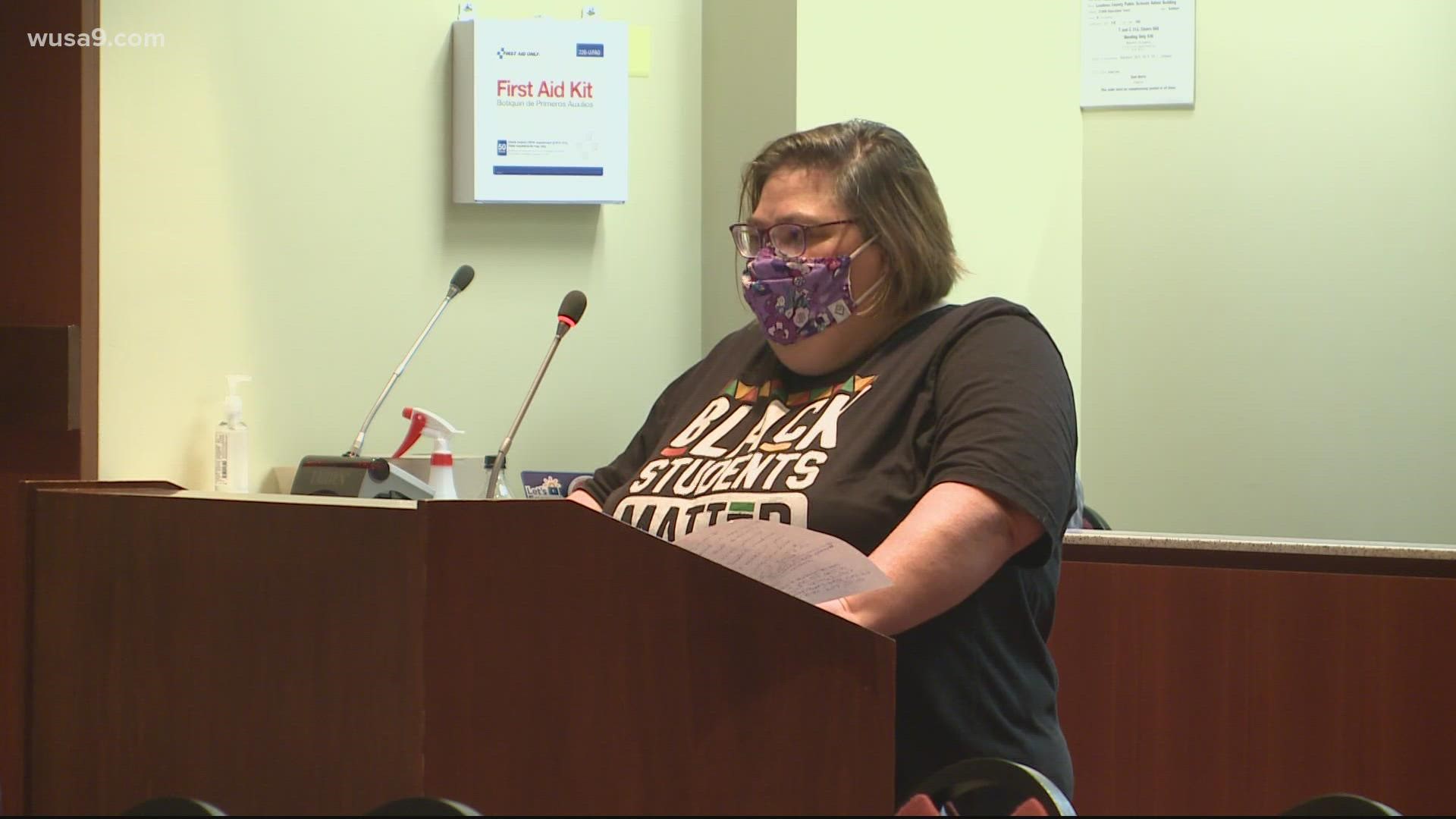 ASHBURN, Va. — Another contentious school board meeting in Loudoun County saw dozens of parents express their concerns about vaccine mandates as school leaders decided on a new professional conduct policy.

A few dozen parents gathered outside the Loudoun County Schools Administration building prior to Tuesday’s meeting with signs stating their views on a whole host of issues.

Many parents traveled to the Ashburn building to oppose LCPS’ recent decisions requiring both student-athletes and staff to be vaccinated.

Some parents called the school district’s directives an overreach.

The board listed the vaccine mandates a discussion item on its agenda. However, the board ultimately decided to take final action on another issue: LCPS’ professional conduct policy.

An LCPS spokesperson said the board had worked for two years to appropriately amend the school district’s language on professional conduct.

It now says, "employees are expected to support the school division's commitment to action-oriented equity and nondiscrimination practices through the performance of their job duties in order to promote respect, professionalism, civility and inclusivity for all persons.”

It adds that nothing in the policy should be interpreted as abridging an employee’s First Amendment right to engage in protected speech or their right to a private life outside of their work.

The school district said the policy amendment was not in response to the recent controversy surrounding LCPS gym teacher Tanner Cross, who was recently suspended for saying he would not refer to his students by their preferred gender pronouns.

An hour before the board voted on the conduct policy, a teacher spoke in front of school leaders about how she felt LCPS needed more equity.

She said outside the meeting, a child said her “Black Lives Matter” shirt should really read “My Health Matters” since she would not live long due to her weight.

“[I’m] wondering what those parents are encouraging that young child to think,” she said. “What they are okay with their child saying about and to his classmates.”

More than 80 people spoke to the Loudoun County school board during Tuesday’s meeting. Several parents brought up their desire for LCPS to implement a full return to virtual learning.