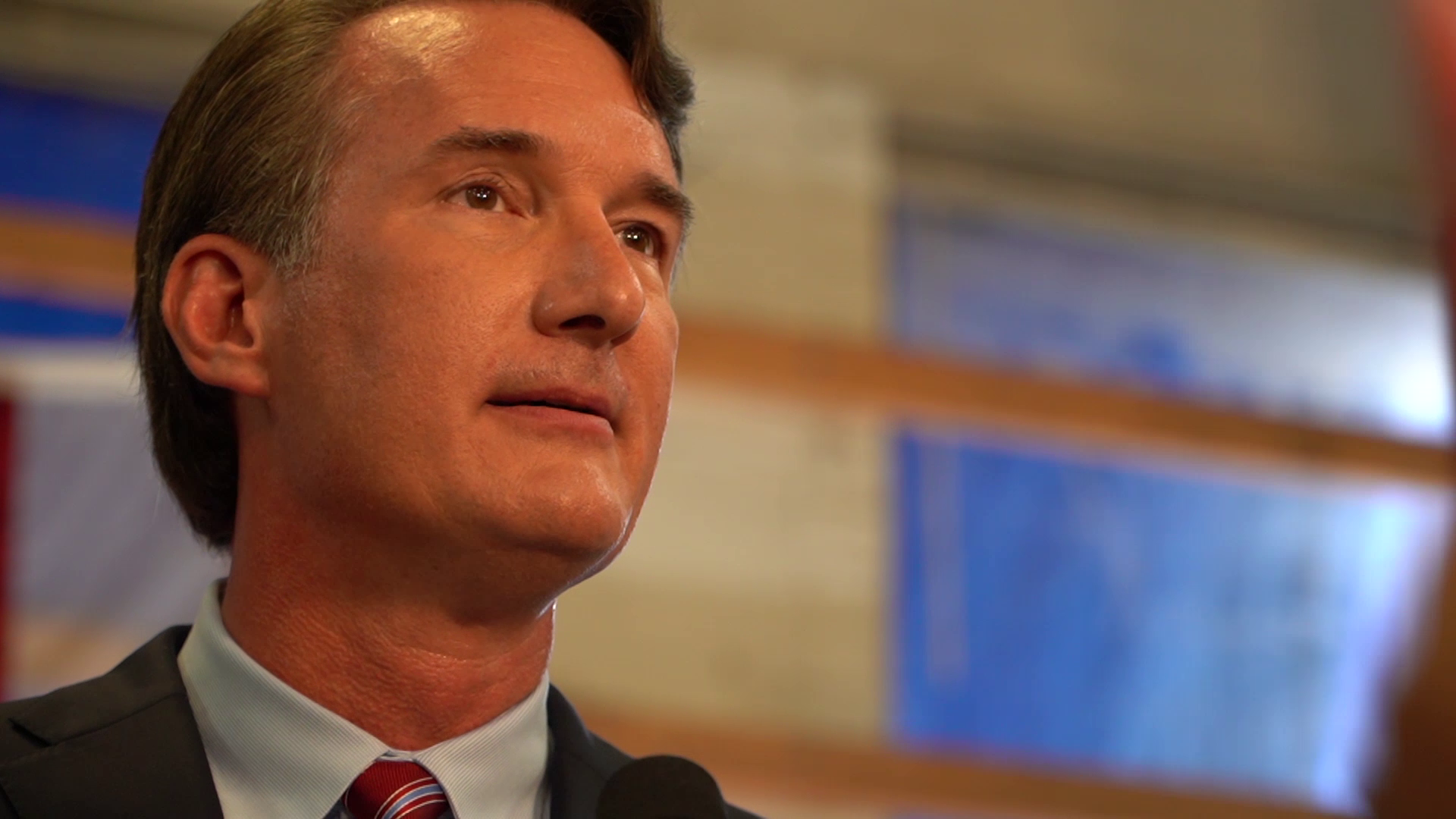 The major difference between the two candidates: what to do with Virginia’s more than $2 billion budget surplus, with much of that money from the federal stimulus bill.

Youngkin wants to cut the grocery sales tax and the gas tax plus open charter schools but denies those tax cuts will take away funds for public schools.

“This will be adding to public school funds," he said. "Again, we have a big inflow of resources into Virginia right now."

When WUSA9 asked Youngkin whether his gas tax cuts would also cut into road and rail projects relying on that money, he said no.

“The progressives in Richmond overtaxed Virginians by $2.6 billion this past year and they’re going to do it again and we’ve just received billions of dollars from the federal government that has gone all over Virginia and Richmond," Youngkin said. "There is enough money to do everything we need to do and fully fund my plan.”

McAuliffe, the former governor, wants the majority of the budget surplus to go to public education and raising teacher’s salaries.

“We’ve got to fix education first and that’s why I’ve asked for $2 billion investment in that," McAuliffe said. "We’re 50th out of 50 in average teacher pay. I mean, really?”

WUSA9 caught up with McAuliffe on Thursday at a business roundtable with business owners in Chantilly, including some who currently identifying as Republicans who support McAuliffe. The pharmaceutical business hosting the gathering said it’s doubling its employment to 300 employees.

“This is something I worked on when I was governor and now to be here again and see them expanding them, that’s what I’m talking about of building that post COVID economy,” McAuliffe said.

The biggest applause line for Youngkin at his Fairfax rally Monday had to do with opposition to critical race theory. CRT is when students are taught about the economic and legal impact that centuries of racial discrimination has on people of color to this day. According to Politifact, Critical Race Theory is not mentioned in Virginia’s standards of learning.

“We will absolutely remove, rid, the political agenda that has made its way into our classroom by banning critical race theory on day one,” Youngkin said to the crowd who chanted back, “Thank you, Glenn.”

But as much as the race is a fight for Virginia’s future, leftover conflict from the 2020 presidential election remains one focus of this race. Youngkin started his campaign calling for what he says is the need for more election integrity.

“Every time here in America some politician says an election was stolen when it wasn’t, it makes us look bad," McAuliffe said in response. "It just takes us down a notch in the world's eyes as the greatest democracy in the world."

When asked for his response to the planned rally coming into the D.C. area on Sept. 18 to “free the January 6th prisoners” and support the reinstatement of President Trump, Youngkin responded, “I don’t know anything about that, but I will tell you I’m the Republican leader in Virginia today and Republicans are coming together and Virginians are coming together.”