Dr. Scott Ziegler says despite recent controversies, he wants to continue to give students support to help address equity. 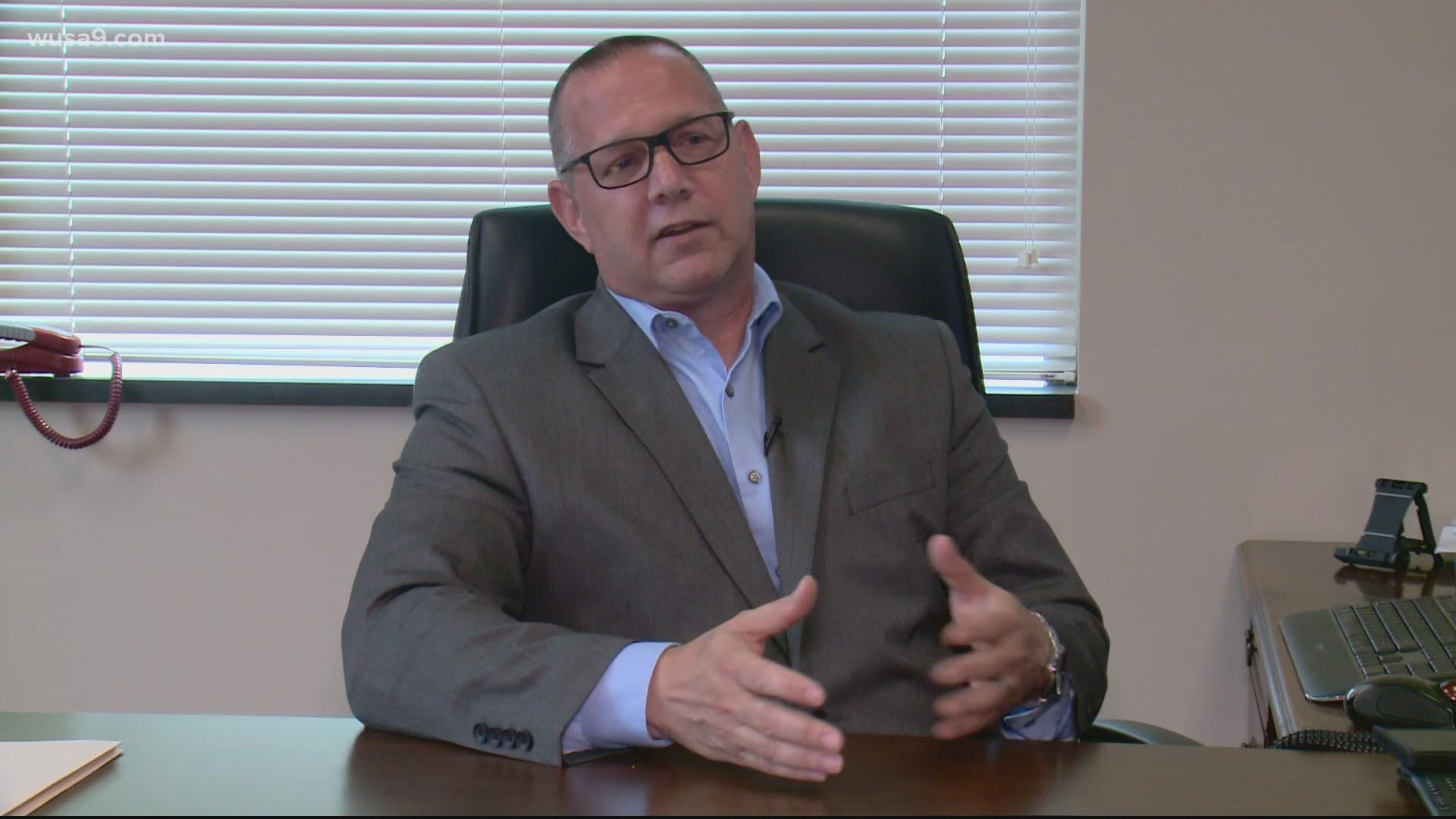 ASHBURN, Va. — Dr. Scott Ziegler admits it's a little bit daunting being the new superintendent of Loudoun County Public Schools. But, he's optimistic about the future despite recent controversies that have divided the community.

Ziegler was named the superintendent during the recent school board meeting on Tuesday, after an explosive public comment period from many parents blasting school board members on how they handled the suspension of physical education teacher Tanner Cross.

A judge recently reinstated Cross back to his position after school officials suspended him over his comments not to call transgender students by their chosen pronouns, citing religious beliefs.

Ziegler said he couldn't comment on the situation because of ongoing litigation.

The drama surrounding Cross helped keep Loudoun County under the national spotlight and the conversation going on about how schools are addressing the needs of transgender students.

“While the division has more than doubled in size in the last 25 years, we remain focused on educating every student in a welcoming, safe, inclusive and affirming environment,” Ziegler said in his first statement as the superintendent.

WUSA9 sat down with Ziegler to discuss his vision for the district. He believed he was chosen because of his goals to bring students back to classrooms, increase internal and external communication and increase student's voice.

The goal moving forward is to enhance the services that already exist such as including more advanced programs, career interest academies and language immersion programs.

He also wants to continue putting an emphasis on how the school system improves equity, despite opposition from many parents in the community. Ziegler works with a student advisory panel to find out what concerns need to be addressed.

“All of the debates that take place in the community leave out student voice but for me, it's the number one thing,” Ziegler said. “Students are telling me that race and equity, they face that every day as they go through school, not only race but on ability, body type, gender, gender expression and orientation.”

Ziegler has repeated that critical race theory isn’t being taught in classrooms, even though parents allege the recent equity programs in schools are a way to indoctrinate students.

“The conversation in some circles has moved away from children and the conversation has moved to theory and academia which we're not doing,” Ziegler said. “We use words like equity, systemic racism, and anti-racist and that share the same vocabulary with critical race theory, but we don't use it the same.”

A recent report found the county wasn’t doing enough to address race, inclusion and diversity to better support students of color. In Ziegler’s words, “data shows us we have places where the systems are failing the number of our students.”

Loudoun County, being one of the wealthiest counties in the country, has seen exponential growth and an evolving makeup of students. From 1995 to 2020, the school division grew up by 61,246 students and 41 schools.

More than half of schools are comprised of more than 50% students of color.

There is a committee meeting that’s expected to take place next week to discuss creating policies that affirm transgender rights.

It has gotten so contentious, law enforcement has been present during school board meetings.