Father hits, kills 2-year-old son with truck backing out of the driveway

The child's father was backing up his car out of the driveway when he noticed he struck his son, police say. 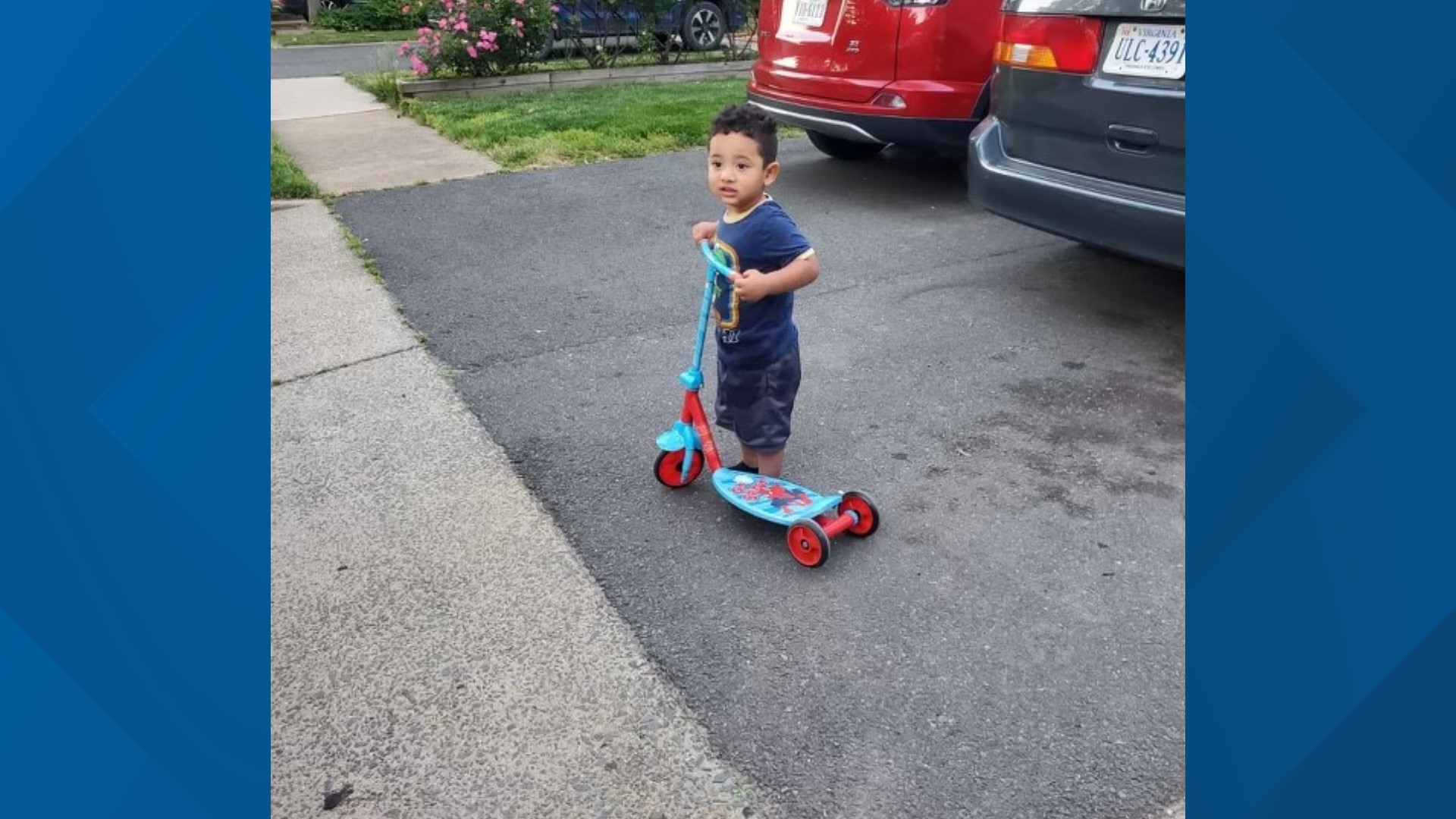 FAIRFAX COUNTY, Va. — A father struck and killed his 2-year-old son with his truck in the driveway of their home in Fairfax Monday evening, according to Fairfax County Police.

Crash reconstruction detectives responded to the incident just before 7 p.m. at the 10900 block of Roma Street, police said.

Detectives learned that the boy’s father was backing up his 2005 Ford F350 out of the driveway when he discovered his son, Bairon Alexander Zapata Castillo, was struck by the truck.

Bairon was found suffering from serious injuries and was later pronounced dead by rescue personnel.

When WUSA9 reached the scene around 9:30 p.m. Monday, there was still a heavy police presence in the neighborhood where Bairon died.

Fairfax County detectives from the Crash Reconstruction Unit continue to investigate the incident that led to the crash. Police said they do not suspect foul play and have ruled out alcohol as a factor.

Anonymous tipsters are eligible for cash rewards of $100 to $1,000 dollars if their information leads to an arrest.

A GoFundMe was created to help Bairon's family with funeral expenses.

RELATED: Mom of 4 shot by man who claimed to be interested in buying her car, son says

RELATED: Driver seriously injured after tractor-trailer catches fire, crashes on I-95 near Woodbridge