Dogs, free bananas and 'Bezos Balls' | Behind-the-scenes look at life inside of Amazon

Company says HQ2 in Arlington will have the same feel, but different look, than the first headquarters in Seattle. 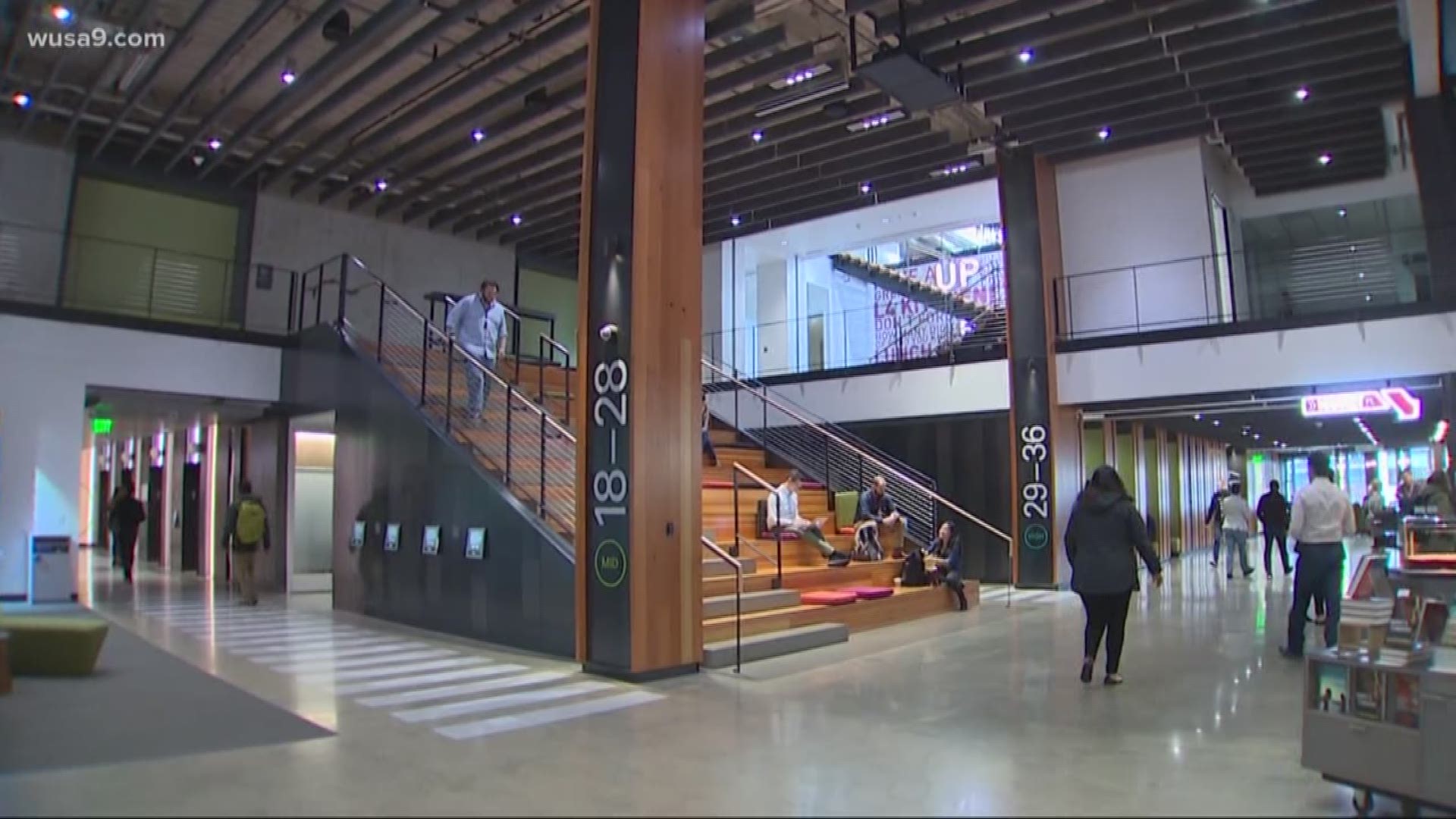 SEATTLE — Dogs, code names and free bananas. Three things that don’t seem to have anything to do with each other are all part of working for the tech goliath Amazon.

When the most valuable company in the world brings the first of 25,000 jobs to its new HQ2 in Arlington, Va., the nickname “Amazonians” will become part of the local fabric.

RELATED: What are the Amazon jobs coming to DC and what will they pay?

So, what’s a day in the life of an Amazon employee really like?

“I really like working at Amazon,” said Allison Flicker, part of the Amazon corporate communications team at its first headquarters in Seattle.

She is also a huge Amazon cheerleader.

“I love the team that I work on,” Flicker continued. “I would consider a lot of the people I work with friends.”

Flicker said Amazon’s 40,000 Seattle based employees are spread out in more than 40 different office buildings around downtown.

Each one with a special name including Doppler, which was the internal code-name of the Amazon Echo voice-controlled speaker before it was introduced to the public.

Inside Doppler, “Amazonians” create the hustle and bustle of a small city. Marketplaces, coffee shops and cafeterias are spread throughout the Amazon campus.

RELATED: Amazon helped create a housing crisis in Seattle; DC already has one

The food and drink are not comped for employees, but the free banana stand outside is. Those banana’s are also free to members of the public passing by.

Amazon employees say the hours are long, but the company isn’t big at making workers spend all their time at a desk. The Doppler tower, like all Amazon buildings, have communal areas where employees sit and work on their laptops.

Flicker said that’s not the only thing that makes working at Amazon a little different.

“There are about 6,000 dogs registered to work at Amazon right now,” she said.

Amazon employees who register their dogs to come to work with them must prove they are up to date on shots and well behaved. There are two dog parks on the Amazon’s campus. One is on 17th floor of the Doppler building, for employees only. Another at street level, is open to the public too.

But no structure stands out more than three futuristic looking round glass spheres. The sphere’s, nicknamed “Bezos Balls” by locals after Amazon CEO Jeff Bezos, are like a living greenhouse covered in thousands of plants from all over the world.

The sphere’s, which are open to the public, offering another alternative work-space for Amazon employees.

RELATED: Will 25,000 new jobs make it impossible to get around?

“And this might seem a little random but the idea behind this is that there is a lot of science that shows that when you are surrounded by plants and green and nature your brain works a little bit more creatively,” Flicker explained.

But Flicker noted Amazon’s campus HQ2 in Arlington’s newly named National Landing could have a very different look and feel than what the company built in Seattle.

Amazon says the first round of HQ2 positions will be posted on the Amazon jobs page in the coming months.