The Amazon Effect | Will 25,000 new jobs make it impossible to get around?

We take a deep dive into the big transit projects promised as part of Amazon's announcement. 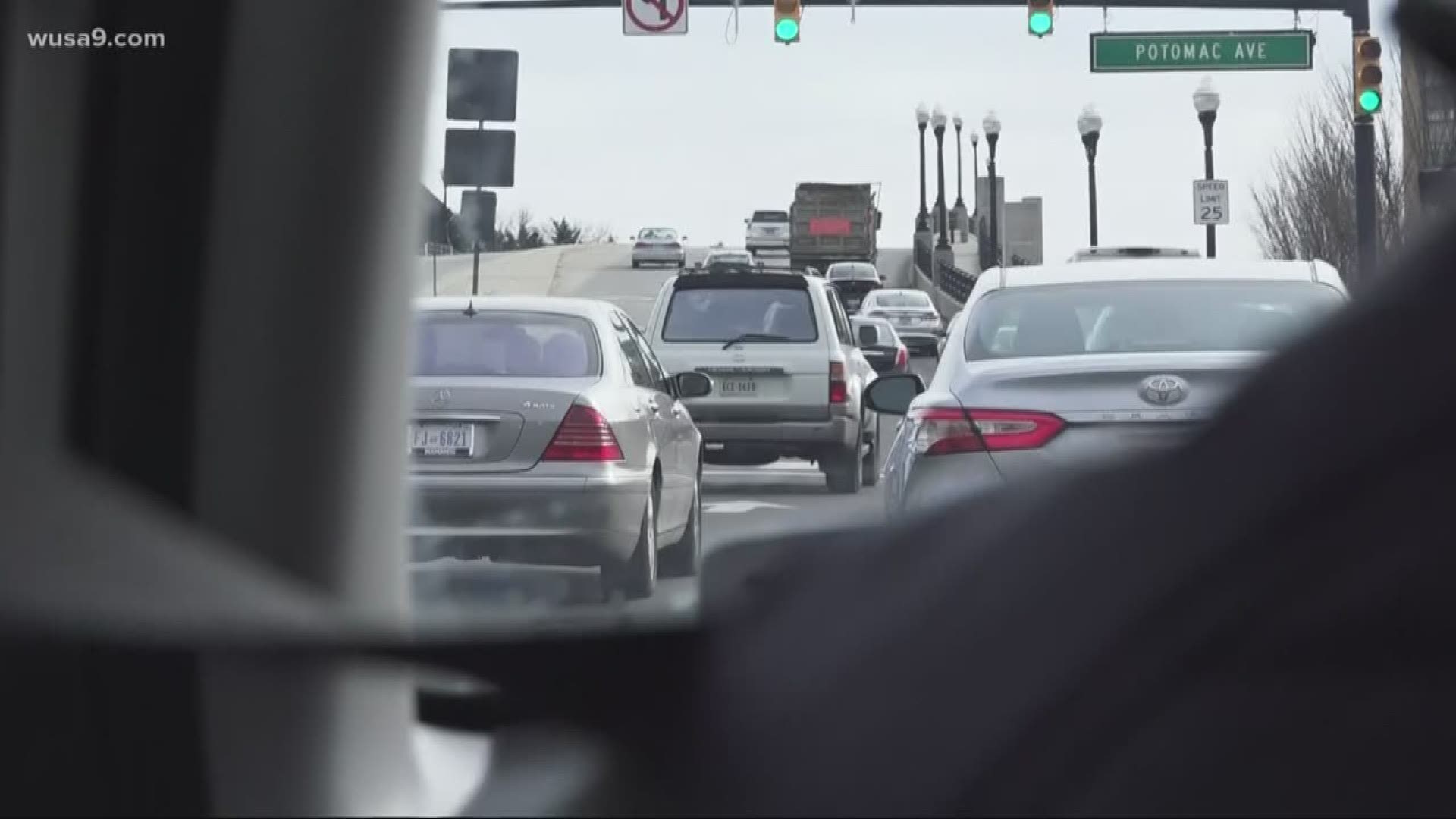 ARLINGTON, Va. — With 25,000 new jobs to descend on National Landing over the next decade, Amazon's awaited arrival comes with big assurances to calm congestion.

"If it wasn't Amazon that was coming, we were already planning for what the big employment factor would be,” said Monica Backmon of the Northern Virginia Transportation Authority.

NVTA is spending more than $600 million on 21 new transportation projects in the National Landing area and right down the road on Route 1 in Fairfax County.

Planners are trying to learn from Seattle, site of Amazon's first headquarters. Our Eric Flack went to Seattle and found it earns the ranking as one of the worst for traffic.

Route 1 through Alexandria will be widened. Dedicated bus rapid transit lanes will go in the median. Bike lanes will go on the shoulder.

"Route one becomes easily congested,” said Backmon. “Now by providing multimodal options for route one that does so much to relieve congestion.”

But maybe the biggest Amazon additions are on Metro. Virginia, Maryland, and the District already dedicated funding to the transit agency, in part to attract Amazon. National Landing will include three Metro stations. There will be small improvements at Pentagon City. Crystal City, in the heart of redevelopment, is getting a new entrance. A new station, Potomac Yard, will be built on the blue and yellow lines.

"One thing we know in Northern Virginia is there's no single solution that will really address congestion,” said Backmon. “We look at transit, we look at bike lanes, we look at sidewalks because depending on where you are, that dictates the solution.”

All told, more than $850 million state and local tax dollars will be poured into new transit projects tailored to Amazon. That's about $35,000 for every new employee coming to the area.

RELATED: What did Seattle wish it knew before Amazon moved in?

Local planners are closely following the projects and the money.

“There needs to be focus, there needs to be some discipline about sticking to a schedule and making those improvements while also at the same time having flexibility,” said Kanti Srikanth with the Metropolitan Washington Council of Governments.

Planners forecast that beyond Amazon, one million new people will move to the region in the next 30 years. Srikanth says that's like 20 Amazons and insists our transit systems can swallow the tech giant.

"It's not a doomsday scenario from a transportation perspective, not at all,” said Srikanth “I'm not worried about one Amazon coming, I'm planning on many, many more Amazon's coming.”