Jonathan Spencer Canales, 30, of Maryland, died at the scene. 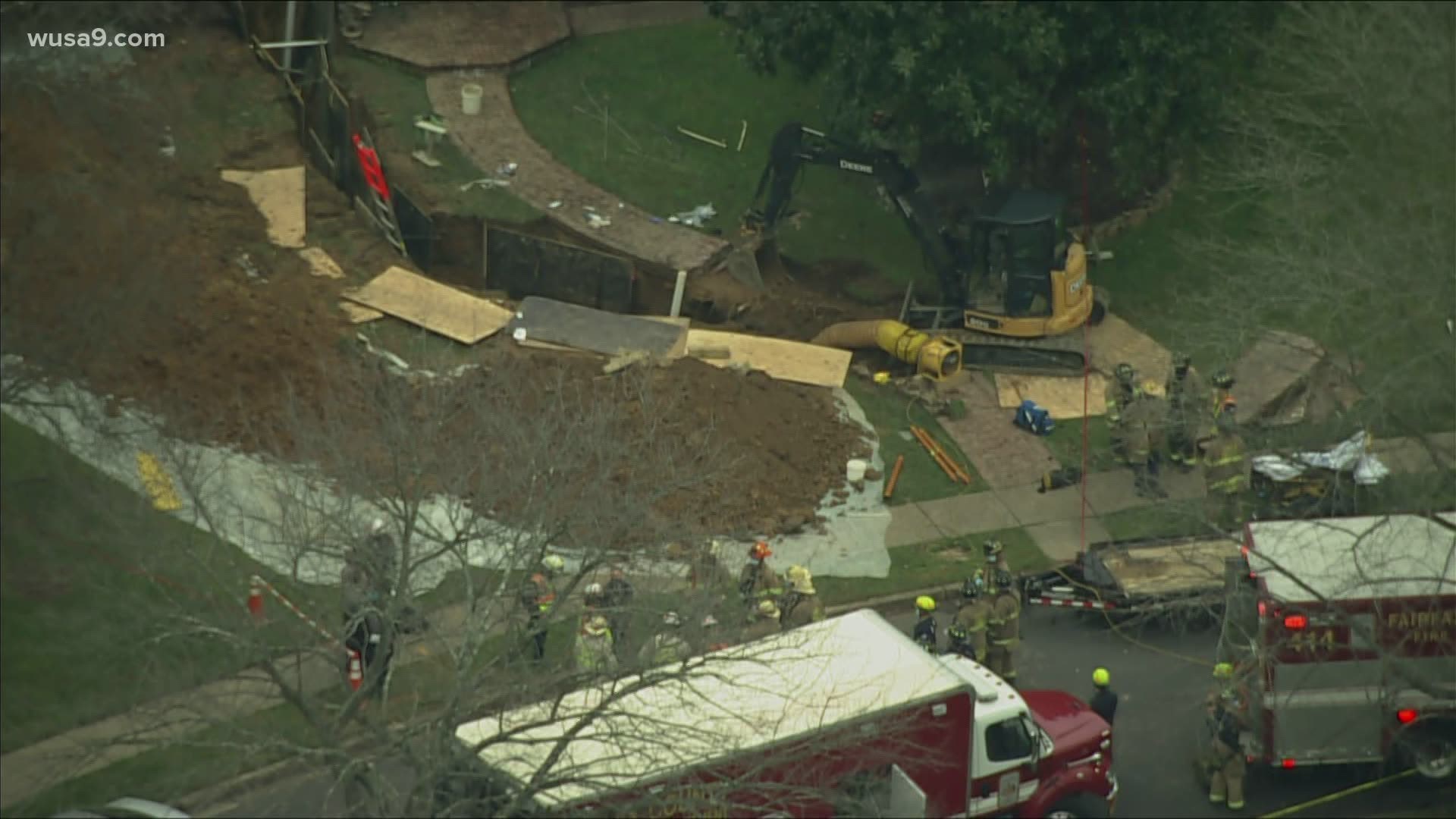 According to authorities, the incident happened shortly after 1 p.m. in a residential neighborhood on the 800 block of Emerald Drive in Fort Hunt. Police confirm to WUSA9 that a trench collapsed, leaving two construction workers trapped.

Fairfax County Fire & EMS said one man died on the scene, while another man was taken to the hospital with non-life-threatening injuries.

An autopsy conducted Saturday by the Office of the Chief Medical Examiner, and a review of the scene with the Occupational Safety and Health Administration revealed no evidence of criminal activity.

Units on scene of a trench collapse in the 800 block of Emerald Drive in the Fort Hunt area. Two workers trapped in trench. Technical Rescue Team on scene working to free them. #FCFRD pic.twitter.com/HMqFXVyaII