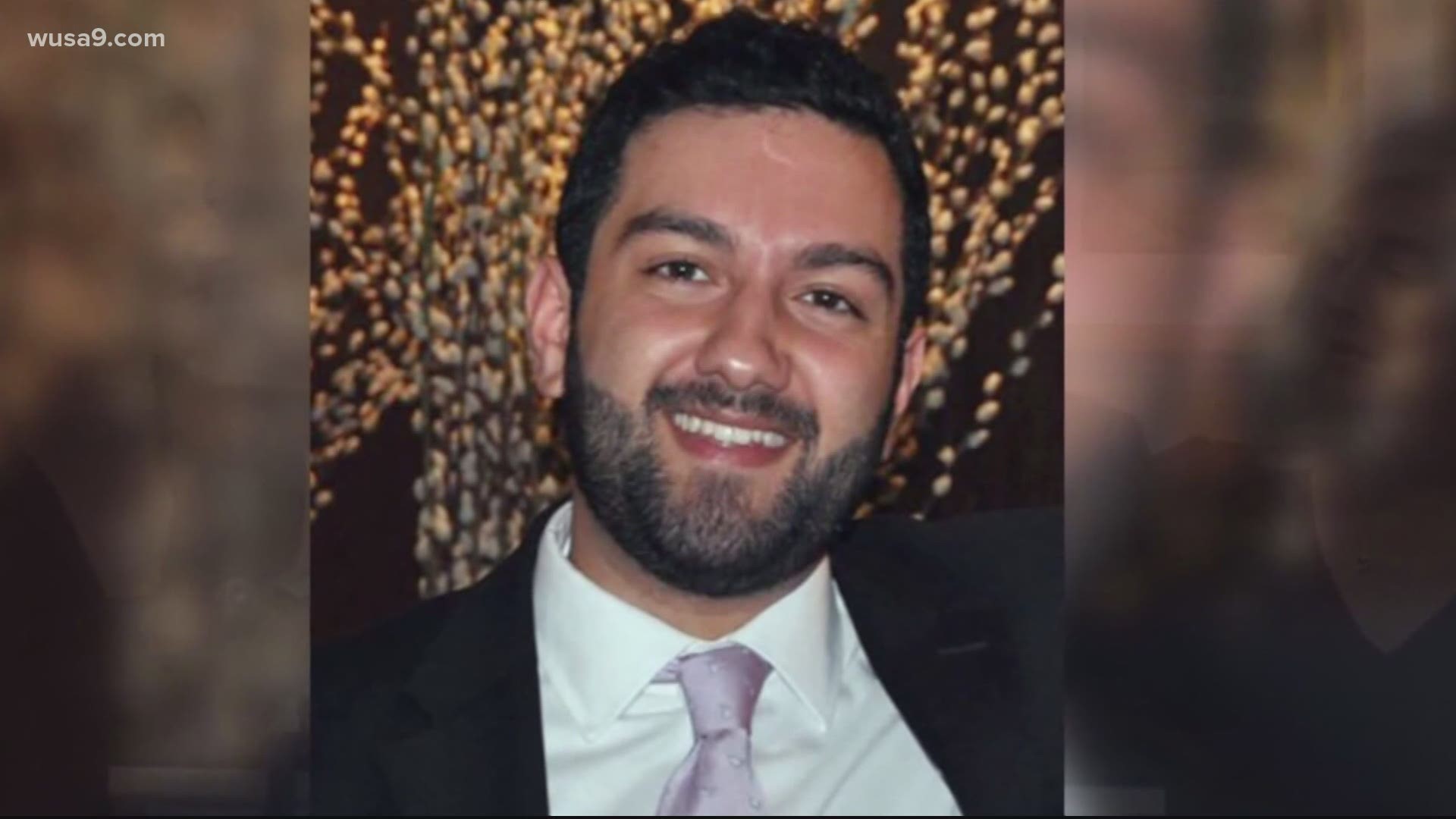 FAIRFAX COUNTY, Va. — A special grand jury has indicted two U.S. Park Police officers on charges of involuntary manslaughter and reckless handling of a firearm in the fatal police shooting of Bijan Ghaisar, according to the Fairfax County Commonwealth's Attorney, Steve Descano.

The unarmed Ghaisar died after being shot multiple times by Park Police officers Lucas Vinyard and Alejandro Amaya on Nov. 17, 2017.  Vinyard and Amaya are not currently in custody, but bench warrants have been issued for both men, who face up to 15 years in prison if convicted of the charges.

“Our heavy hearts are a little lighter tonight knowing that the police officers who murdered our son and brother are closer to being held accountable for what they did," a statement from the Ghaisar family said. "Too many of the people who are sworn to protect and serve our communities commit heinous acts of violence and go unpunished. With these charges we are reminded that, at least here in Fairfax County, Officers Alejandro Amaya and Lucas Vinyard are not above the law."

In 2019, the Washington Post reported that Fairfax County prosecutor Raymond F. Morrogh tried twice recently to get charges filed, but a letter from Sens. Mark Warner (D-VA) and Chuck Grassley (R-Iowa) revealed it wouldn't happen again in 2019 because of the time left in the year.

"Based on the information available at this time, the Department cannot prove, beyond a reasonable doubt, that the two USPP officers committed willful violations of the applicable federal criminal civil rights statute when they shot Mr. Ghaisar," the Justice Department said in a press release.

Morrogh said in December 2019 that an attempt to present the case to a grand jury was delayed pending the D.C. U.S. attorney's approval of FBI testimony.

Fairfax County attorneys declined to comment, but the Ghaisar family attorney, Roy Austin, commented on the family's appreciation of the actions of the Commonwealth Attorney's Office.

"The Ghaisar Family appreciates all of the recent efforts by Commonwealth Attorney Ray Morrogh to obtain justice for Bijan," Austin said. "After the Commonwealth Attorney’s Office did what the Federal Government has never done - kept them informed of the status of the investigation - it is now more clear than ever that individuals at DOJ are not only refusing to do their jobs but are preventing others from doing what is right."

In February, Descano released a letter from the Department of Justice (DOJ). It said the DOJ would not allow an FBI agent who had helped with the original investigation to testify in any Fairfax County proceedings that take place in connection to Ghaisar.

The letter is dated February 6, a week after Descano announced he would be continuing the investigation his predecessor, Morrogh, had begun in December 2019.

That decision was met with praise from the Ghaisar family, who has complained about a lack of transparency and responsiveness throughout the process:

"Importantly and unlike past experience, Mr. Descano made it clear that he would keep us regularly informed and he would make sure to contact the family about any significant developments to ensure that they would not first learn what is happening from the media," the Ghaisar family's lawyer shared in a statement on January 30.

During Thursday's press conference, Descano said he had spoken to the Ghaisar family prior to the conference.

"I'll tell them now what I told them before," Descano said. "It has been a long road, but be confident that my office is fighting ... for justice for your son and we are in this fight for the long haul."

As part of our continued commitment to transparency, we're releasing the U.S. Department of Justice's position denying federal cooperation with our investigation into the Bijan Ghaisar matter and our response to that position. pic.twitter.com/gpWAEtaiux

Officials said Ghaisar had gotten into a fender-bender on the George Washington Parkway in Alexandria the night of Nov. 17, 2017. They said he was not at fault for the accident, but he left the scene.

Police said two U.S. Park Police officers followed Ghaisar and pulled him over. Video released by the Fairfax County Police Department shows that Ghaisar took off and stopped two more times before the officers fired nine shots into his car.

The two officers, Alejandro Amaya and Lucas Vinyard, have claimed self-defense in response to the family's wrongful death lawsuit.