Police say the pilot was not hurt as the plane jolted to a stop. He's getting atta-boys from the aviation community worldwide. 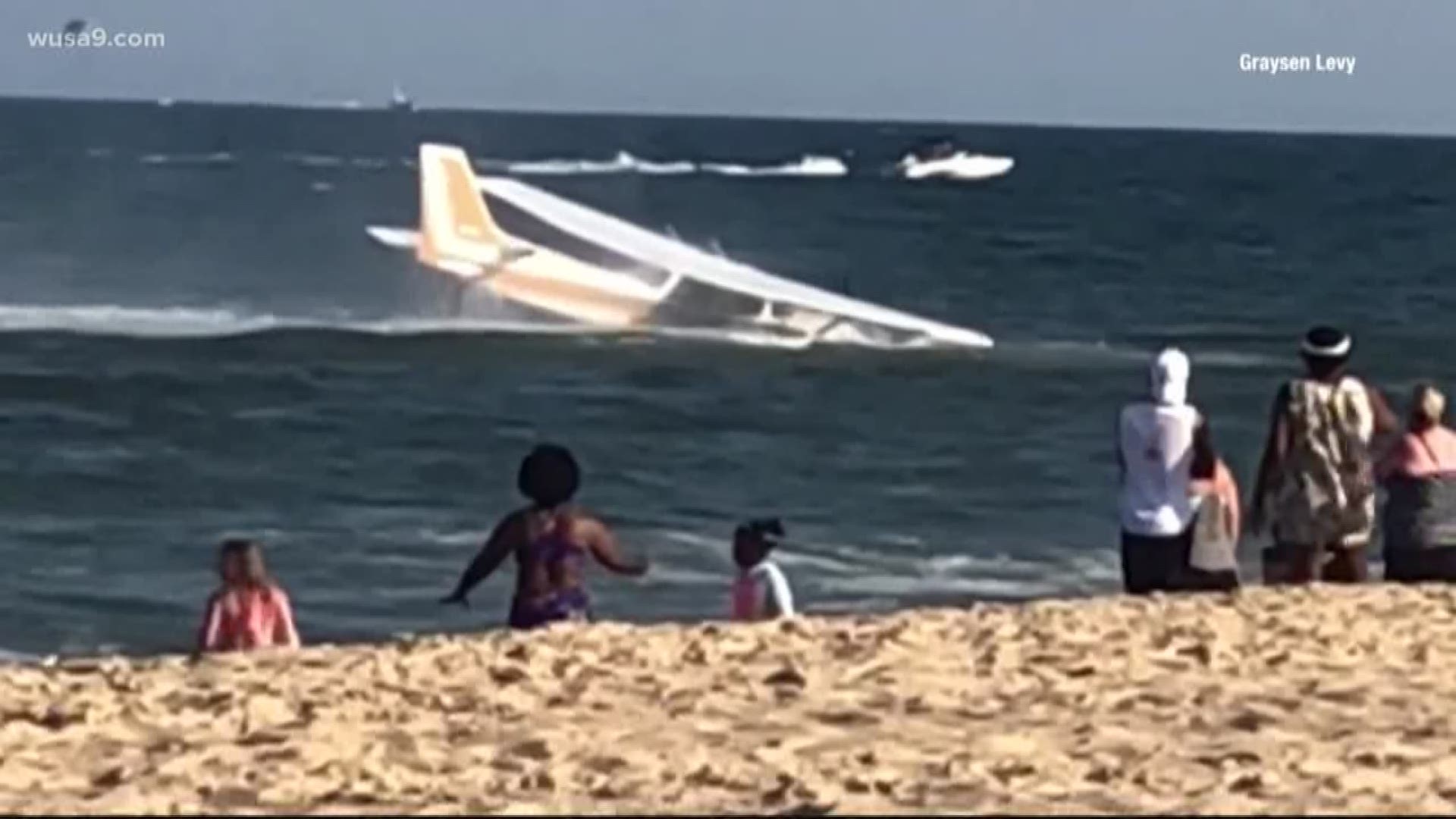 OCEAN CITY, Md. — The dramatic video of the airplane crash near the busy beach of Ocean City, Md. has earned the pilot major kudos from the aviation community. A single-engine Cessna 172RG, engine audibly sputtering, splashed into the ocean waters near 21st Street at 6 p.m. Tuesday night.

Police say 23-year-old pilot Trevor Deihl was not hurt as the plane jolted to a stop. He will assuredly get atta-boys from pilot friends back home in Reedville, Va. for performing a textbook “ditching,” or water landing.

Here’s what he did right:

Deihl made the difficult choice to ditch in the water. Ideally, a pilot facing engine trouble would find an unpopulated spot like a farmer’s field to make a forced landing. But over Ocean City, that’s impossible. The barrier spit of land is heavily developed with hotels and businesses. The boardwalk and beach were choked with summer visitors. With the nearest airport more than two miles away, Deihl chose the water. A hard decision for any pilot, ditching almost insures that an airplane will not be used again… and that you’ll have to swim.

He landed close to shore. Pilots forced to land in the water are taught to get attention from boats or beaches in hopes of speeding up medical help. While this might seem reckless to the casual observer, being in shallow water also guaranteed that he was able to walk to the shore to get help. Think back to the “Miracle on the Hudson” of 2009 when boats and ferries rushed to keep passengers and crew out of the frigid river. In this case, the water was warm, reducing the risk to the pilot on board.